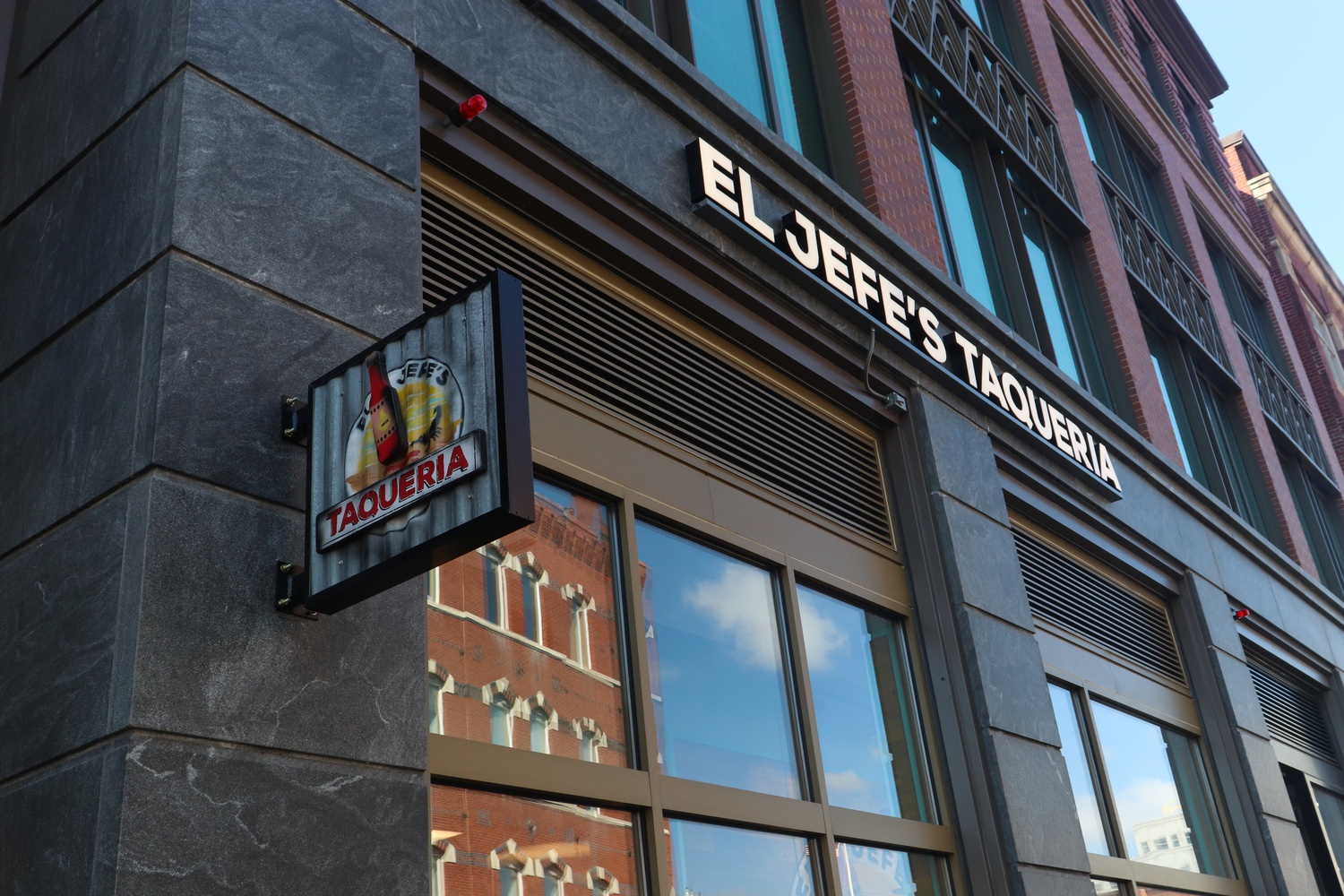 It was only the second day of class, but Sabrina M. “Rezzy” Reznik ’25 estimated she had visited El Jefe’s Taqueria “three or four times” since arriving on campus for the fall semester.

El Jefe’s, which has been a student hotspot since it opened in Harvard Square in 2015, relocated this August to a new storefront in the newly renovated Abbot building.

While the lines at new El Jefe’s move faster than it did at the old location, according to Reznik, “it doesn’t have the same ambiance that old Jefe’s did.”

“It’s the nostalgia,” Reznik said. “It’s walking in every time and remembering all the moments that you remember and more so, the moments you can’t remember — and enjoying that.”

The new location, which straddles Brattle Street and John F. Kennedy Street, lies just around the corner from its former location at The Garage, a longtime shopping mall in the Square.

The new space, which spans two floors and almost twice the square footage of its previous location, also offers increased menu options. El Jefe’s added al pastor steak as a new meat option when it opened in August, and the restaurant intends to apply for a full liquor license to serve frozen margaritas.

Many students said they enjoyed the new location, citing its spaciousness compared to the previous venue.

“It’s bigger, it’s less chaotic,” said Debjani “Debby” Das ’24, a Crimson Arts editor. “The main street has CVS and all the other stores anyway, so I feel like it’s more convenient.”

But for Reznik, part of her nostalgia for the old location is how hectic it would get late at night.

“It’s just the chaos and the excitement of not knowing if your burrito is going to be right,” she said. “Standing in that line and the classic ‘will Tasty Burger be faster’ debate — and it never is. ”

Several students said though the quality of the food remains unchanged, El Jefe’s signature late-night ambiance has disappeared with the old storefront.

“I don’t think the food’s any different, but I do think the atmosphere is different,” said senior Justin Y. C. Wong ’22. “Seems a bit more touristy than college — but I’ll still come.”

El Jefe’s regional manager Jon Eller said in an interview last month the taqueria left its venue in the Garage, which is slated to begin major renovations in the coming months, due to the prospect of shutting down while the shopping mall completed construction.

Samuel Y. Ho ’22-’23, who said he preferred El Jefe’s former location, said he may frequent Felipe’s Taqueria — a Mexican restaurant on the other side of Brattle Street — due to the proximity of the two restaurants since El Jefe’s relocation.

“Since I was in Eliot House, at least mentally, it seemed closer to go to Jefe’s,” Ho said. “Now, I think I’d be open to go into Felipe’s just as much.”

Other students felt indifference about the store’s relocation.

Lena M. Tinker ’25 said she believed the new space is “beautiful” but the location has not significantly changed her routine.

“It’s really half a block away,” said Tinker, a Crimson Arts editor. “For me, it doesn’t make that much of a difference. If I want to go, it’s late at night, whatever it is — it’s still right there.”