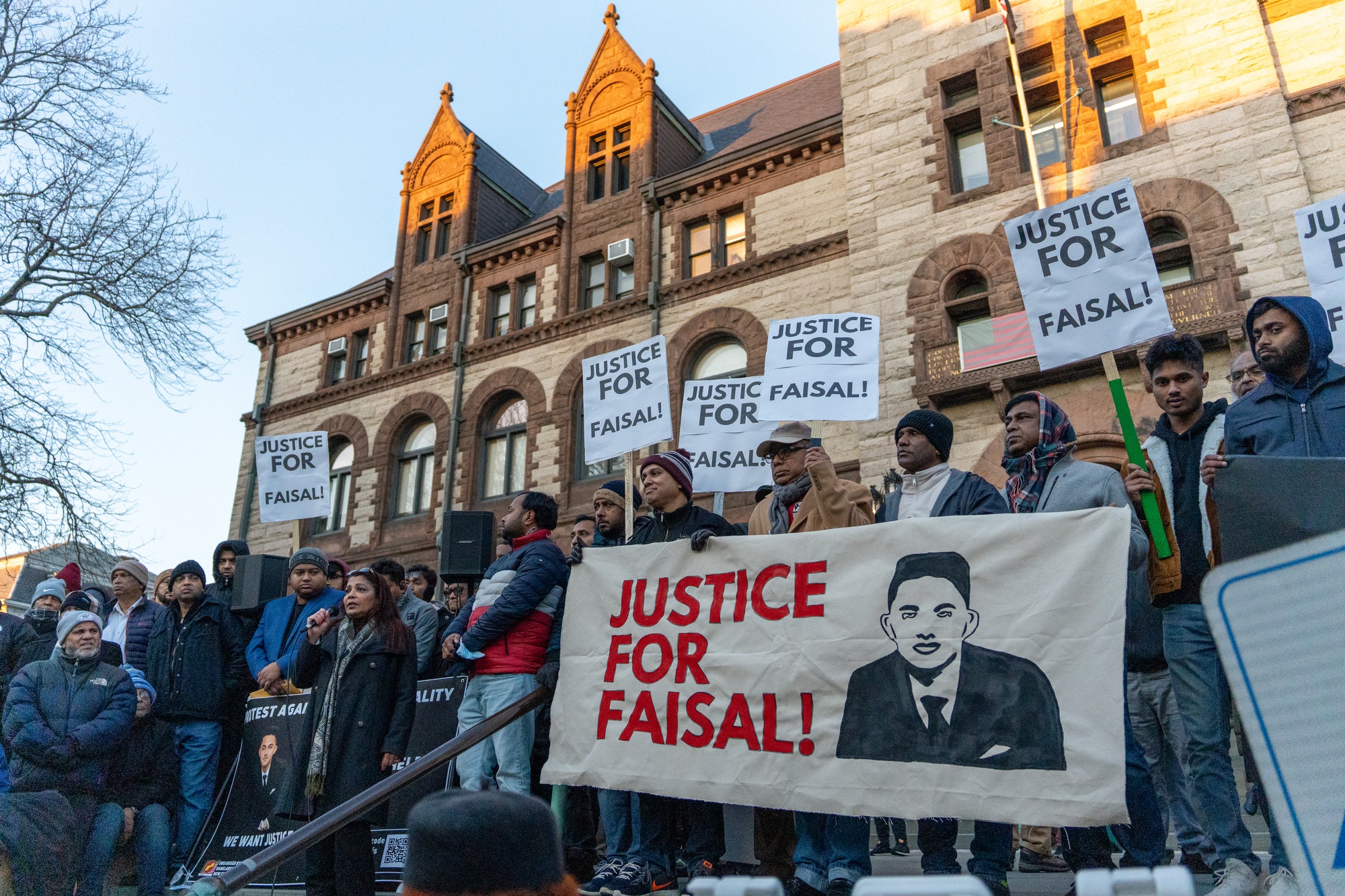 Fatema Ahmad, Executive Director of the Muslim Justice League, called for sustained protest commitment from attendees and bashed the elected officials who she said attempted to reassure her at a Monday protest in front of Cambridge City Hall. By Ryan H. Doan-Nguyen

On Monday, hundreds gathered in front of Cambridge City Hall to protest the killing of Sayed Faisal by a Cambridge Police officer, calling for answers and condemning police brutality and racism.
By Ryan H. Doan-Nguyen 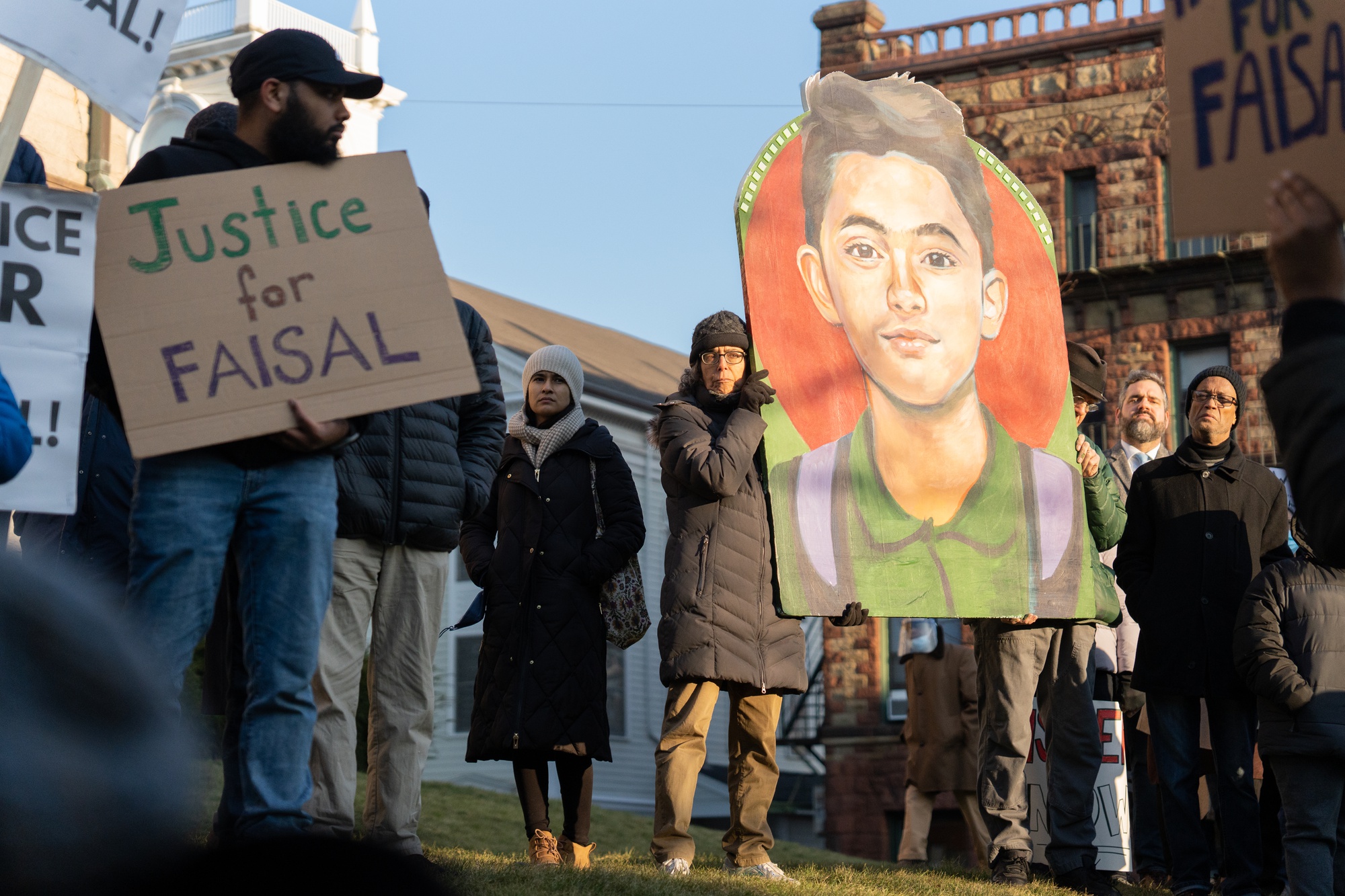 Demonstrators hold up a hand-painted sign depicting Faisal and posters demanding justice on the lawn in front of City Hall. Over 200 people attended the Monday afternoon protest in response to the Wednesday night fatal shooting of UMass Boston student Sayed Faisal by a Cambridge Police officer. 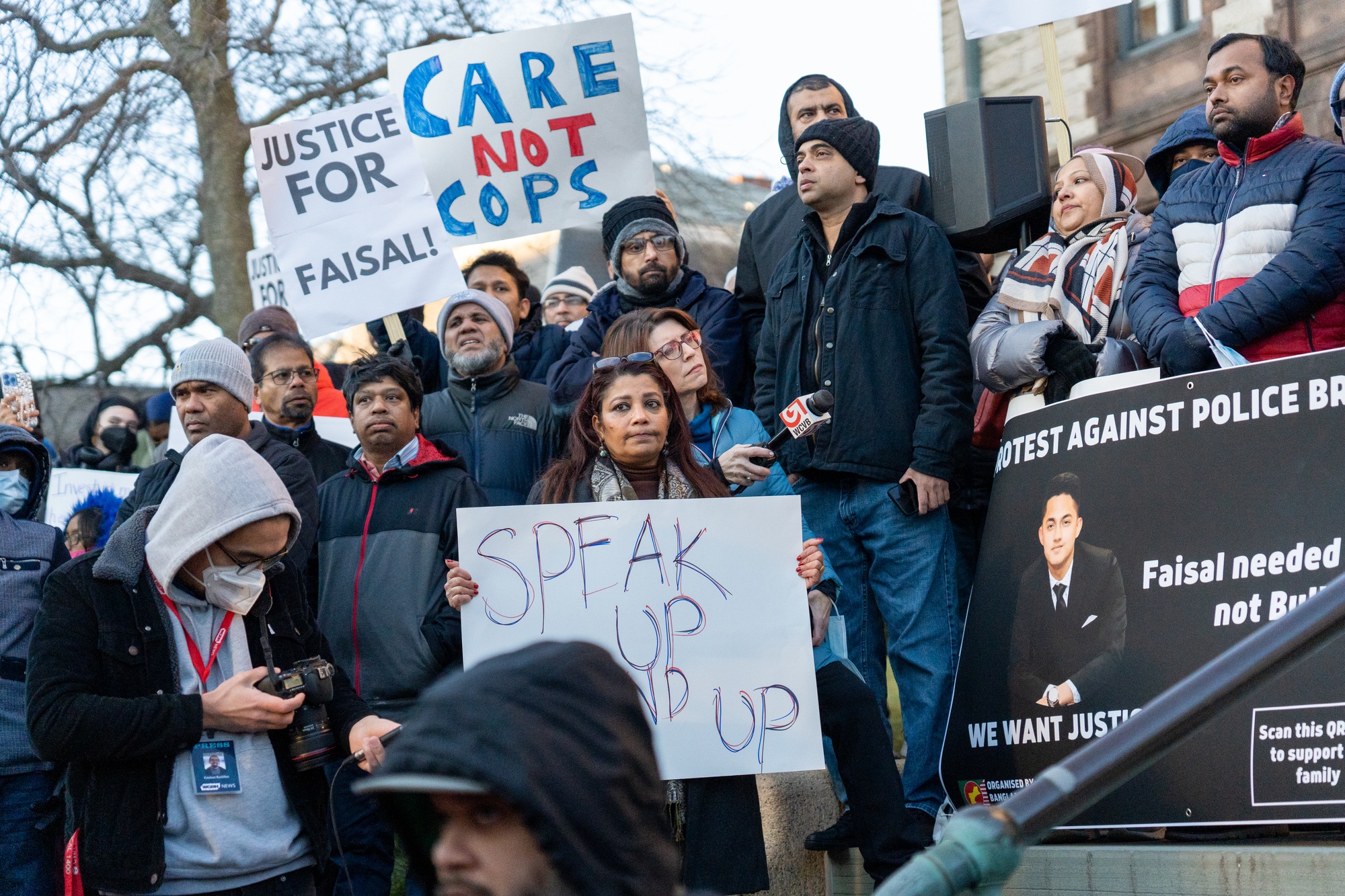 The event was organized by the Bangladesh Association of New England ahead of Monday's City Council meeting. Pervin A. Chowdhury, the association's president, is pictured here holding the “Speak Up Stand Up” sign. BANE also held an initial rally at City Hall on Thursday afternoon, charging that Faisal’s death was an act of police brutality. 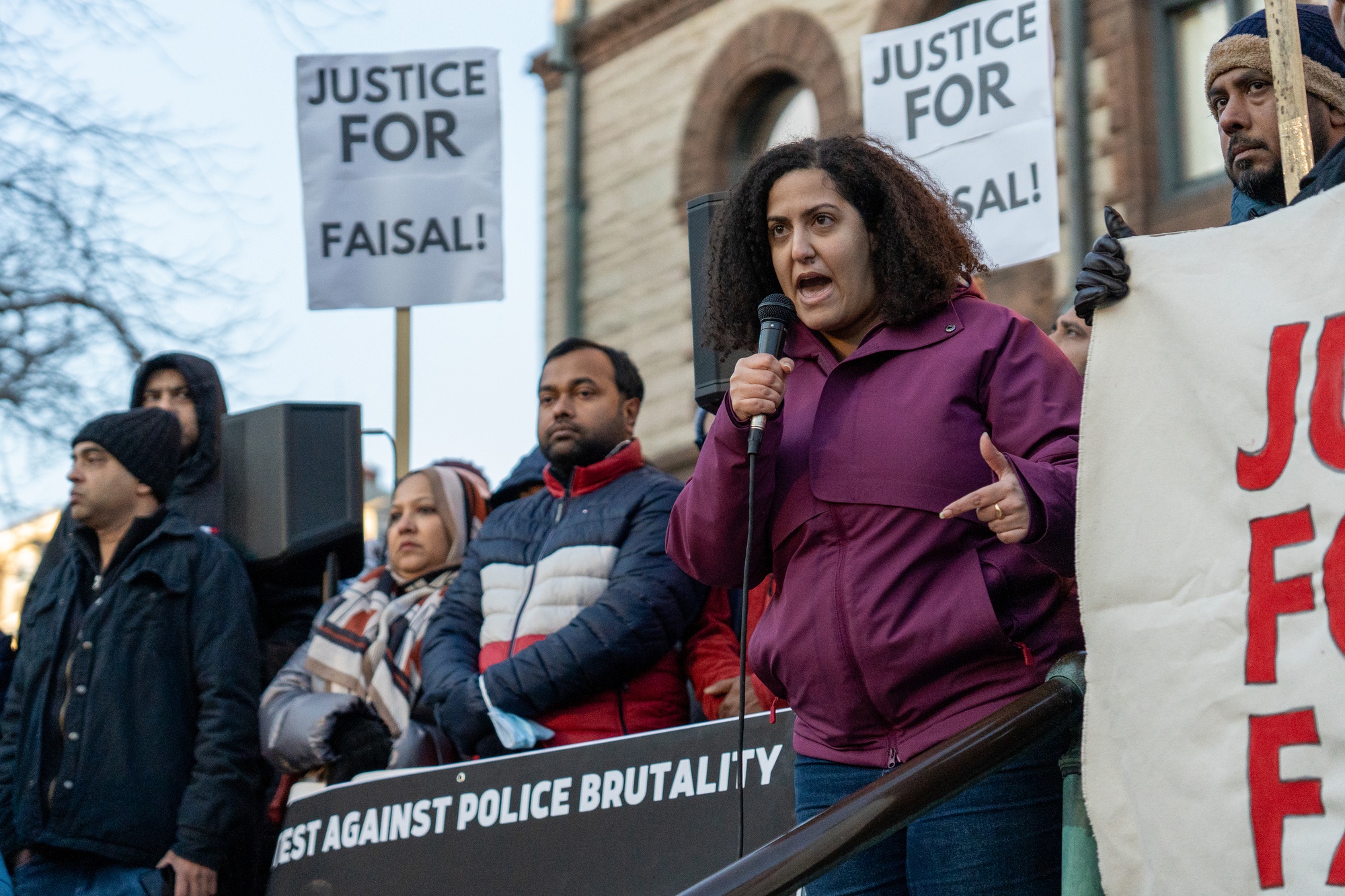 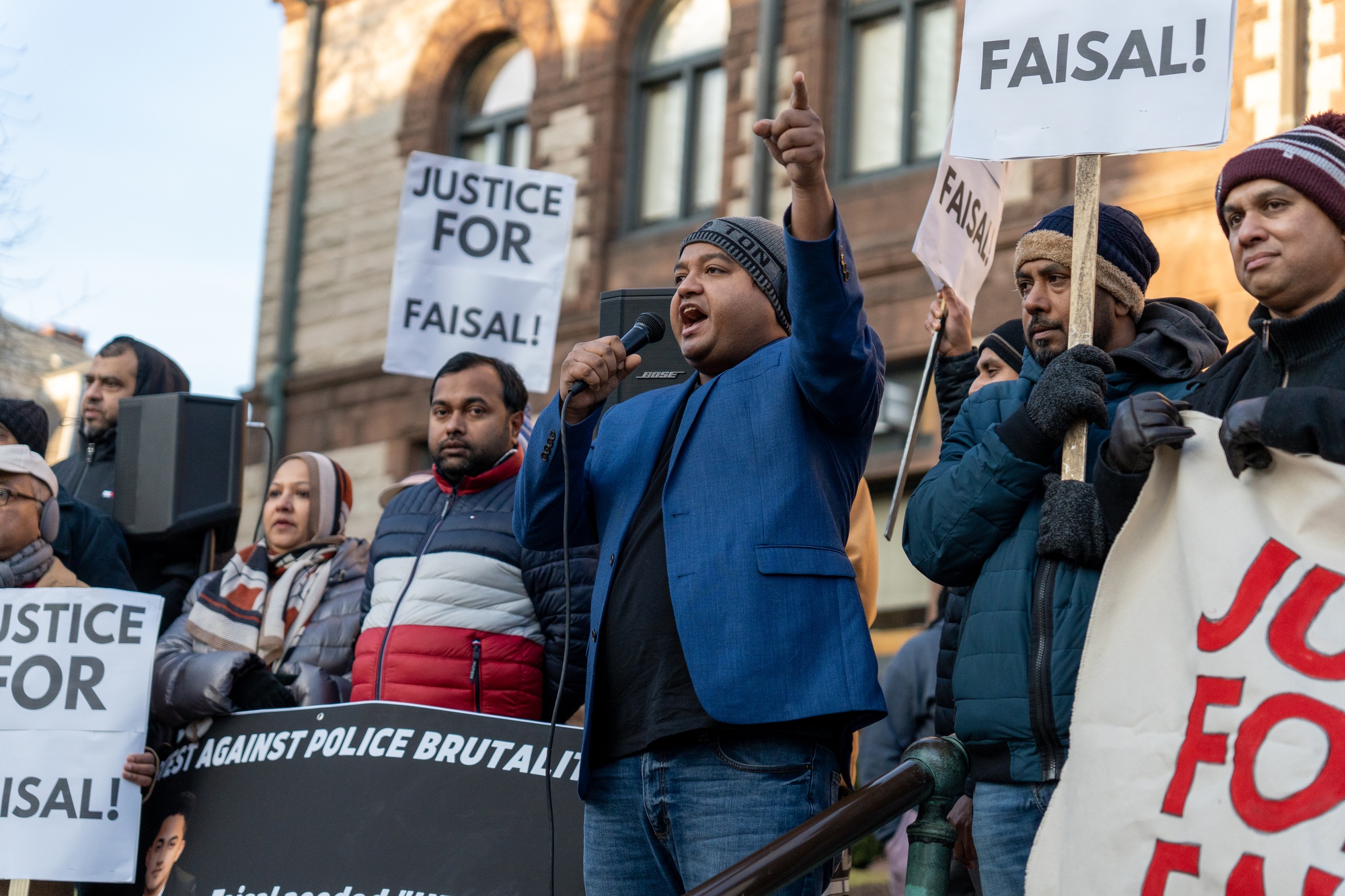 General Secretary of the Bangladesh Association of New England Tanvir Murad’s voice broke as he shared the story of “one of our brightest kids” whose family immigrated from Bangladesh in pursuit of the American Dream. “Please stay with the family. Stay with us,” he said. 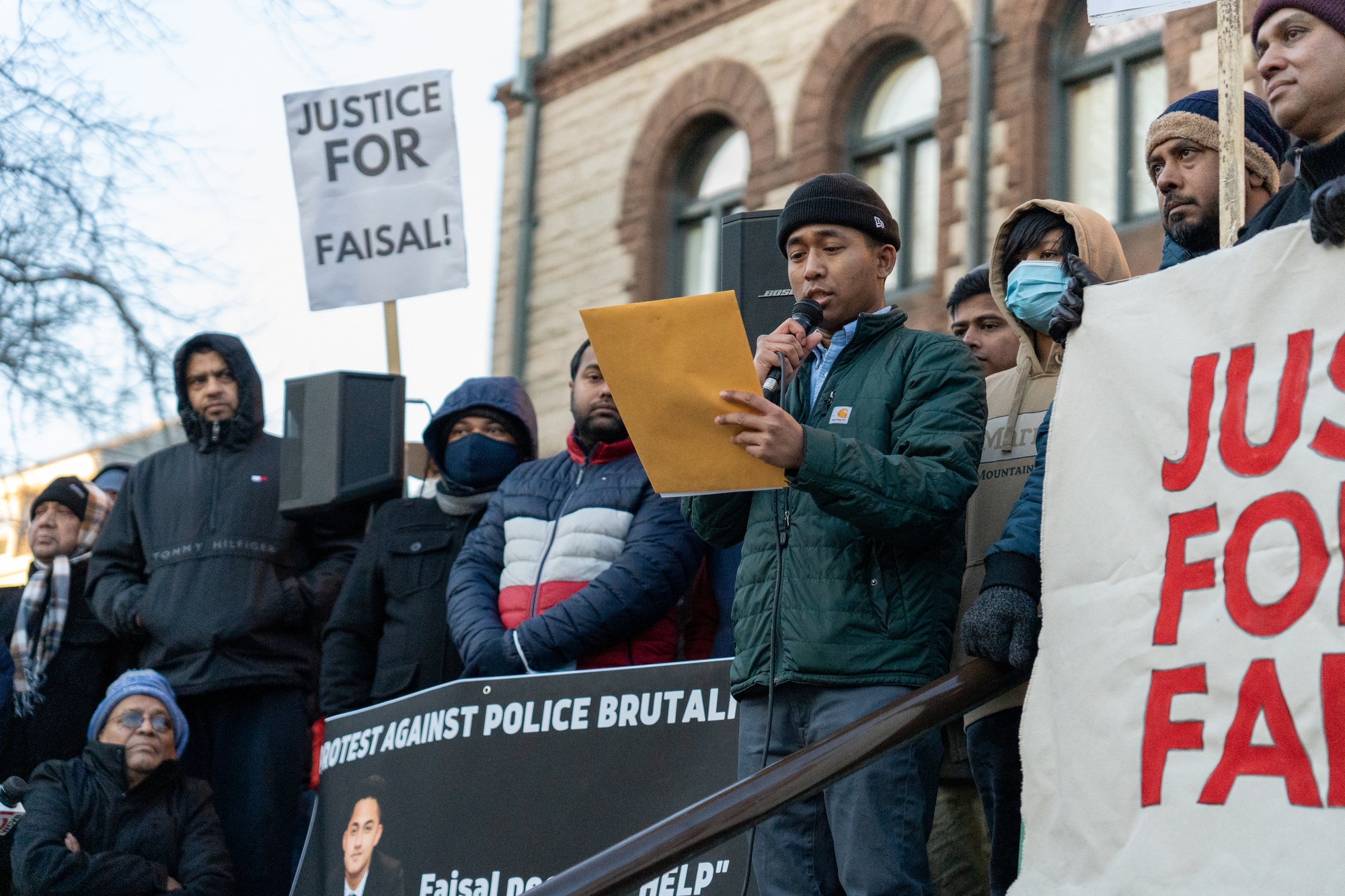 Pratna Khem, an Asian American Studies instructor at UMass Boston who taught Faisal in one of his final classes, shared some of Faisal’s writing. “Activism is protesting to make a change in society. This kind of change is necessary to make,” Khem read aloud as audience members applauded. “As long as there's a problem in society, there will always be activism.” 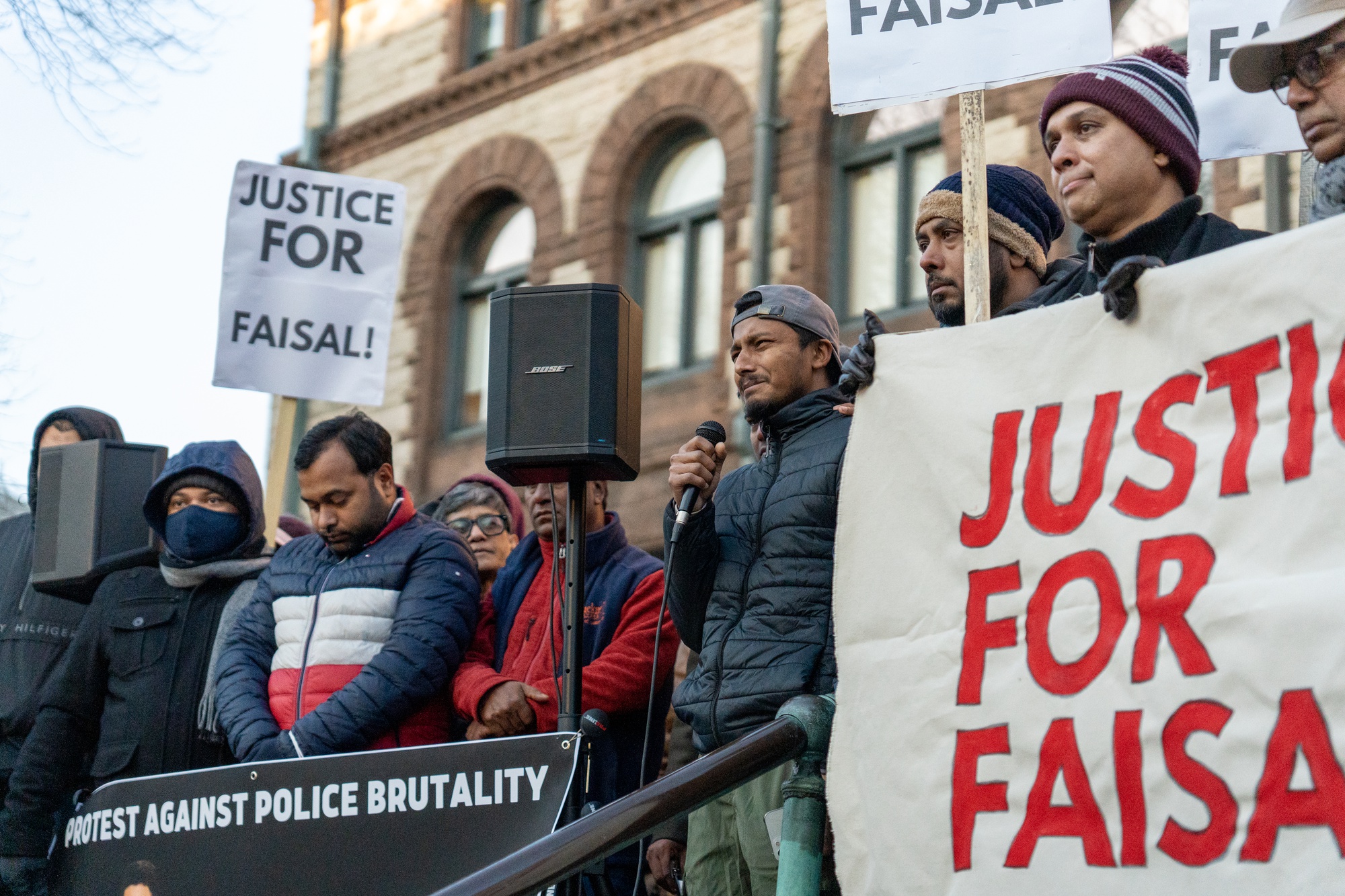 Faisal’s closest friend, Amtiaz Uddin, shared fond memories of days spent playing cricket, riding bikes, and going to the gym together, adding that Faisal “would never forget to bring a peanut butter sandwich” for him. “Someone can never hate him,” Uddin said, moments before breaking down in tears. “No one can feel uncomfortable around him.” 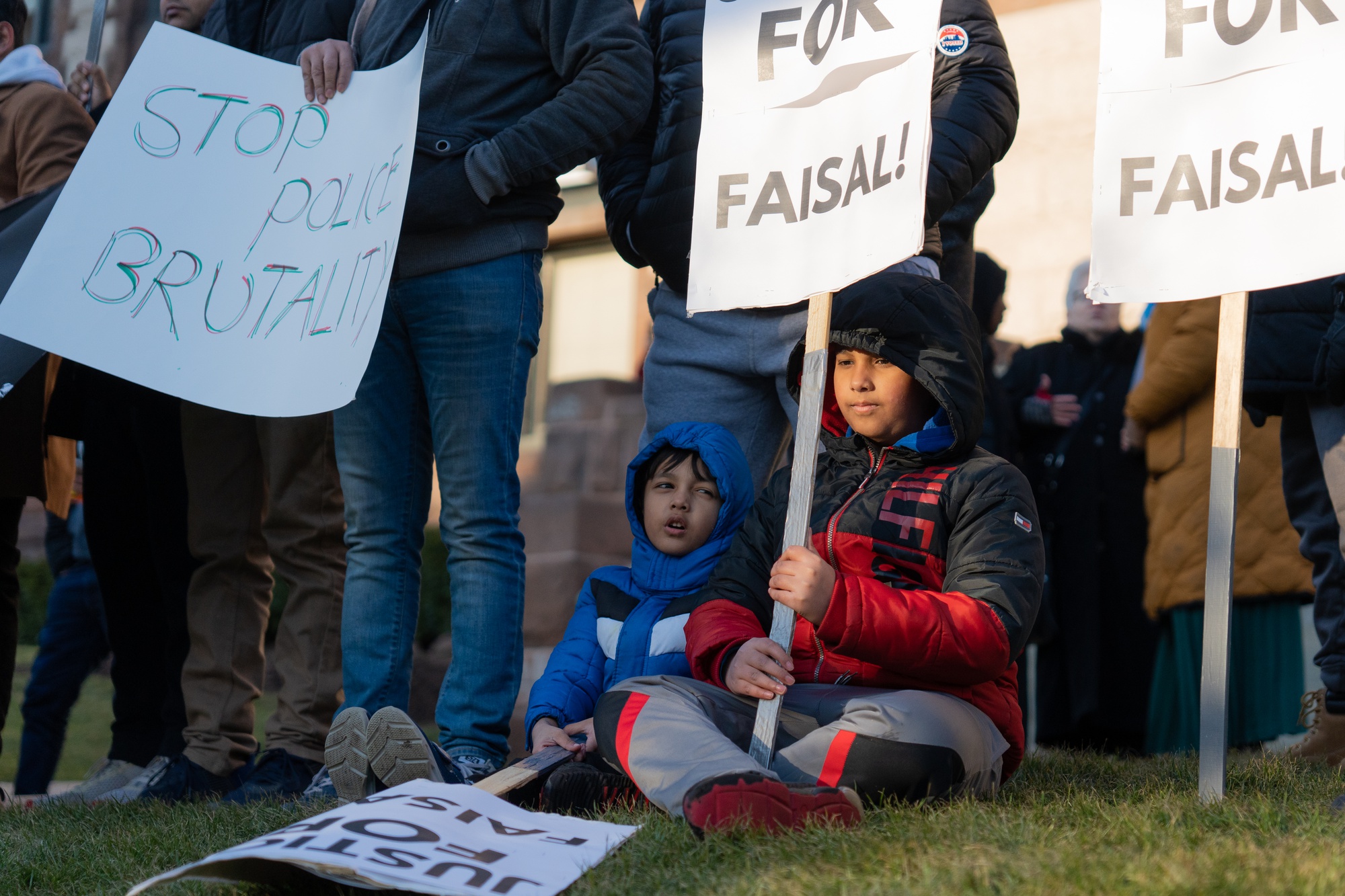 Among those in attendance Monday were elderly and children. Speakers called attention to the fact that Faisal was an only child throughout the rally and emphasized that young people of color are subject to heightened, and oftentimes deadly, surveillance measures. 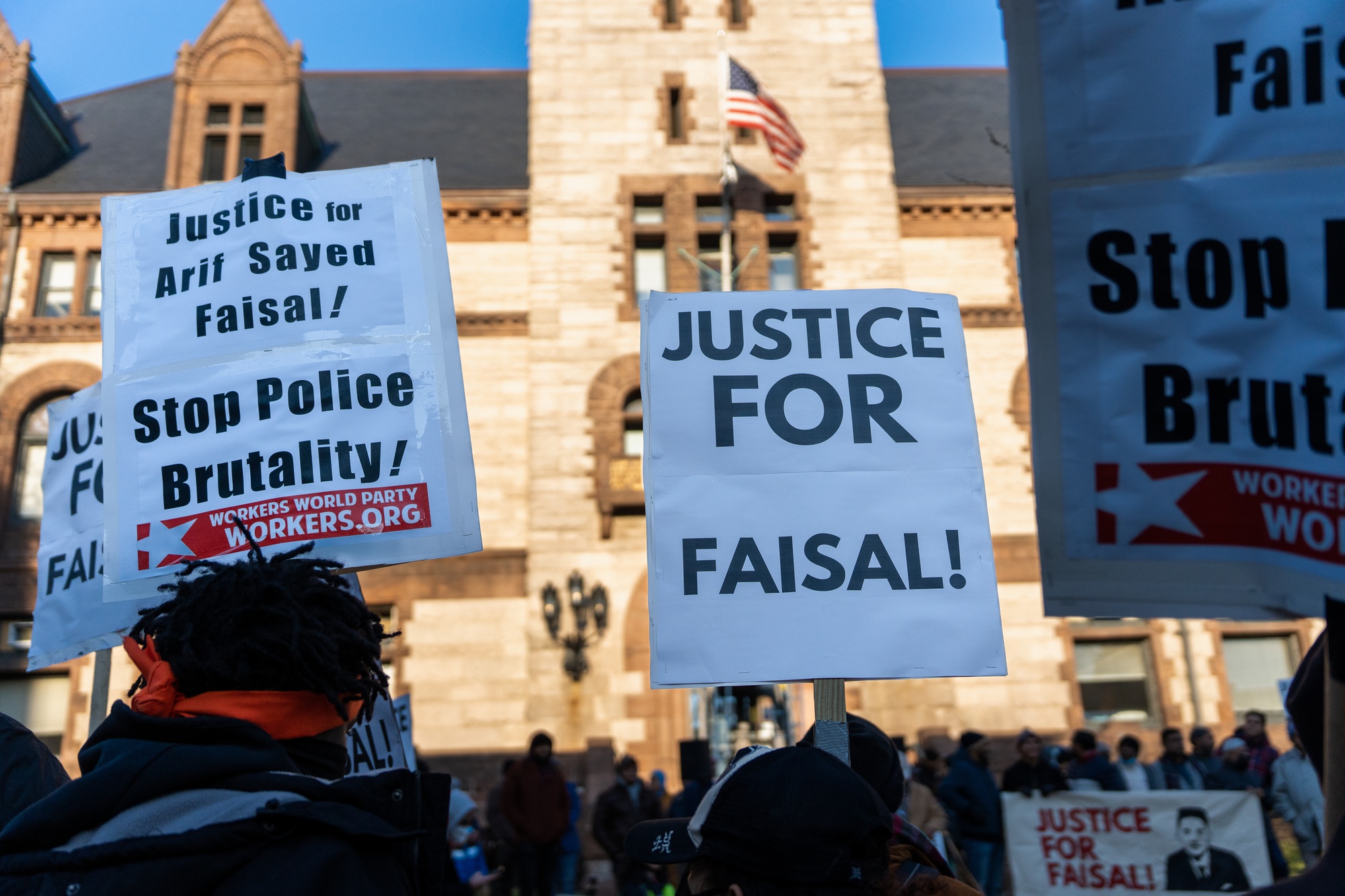