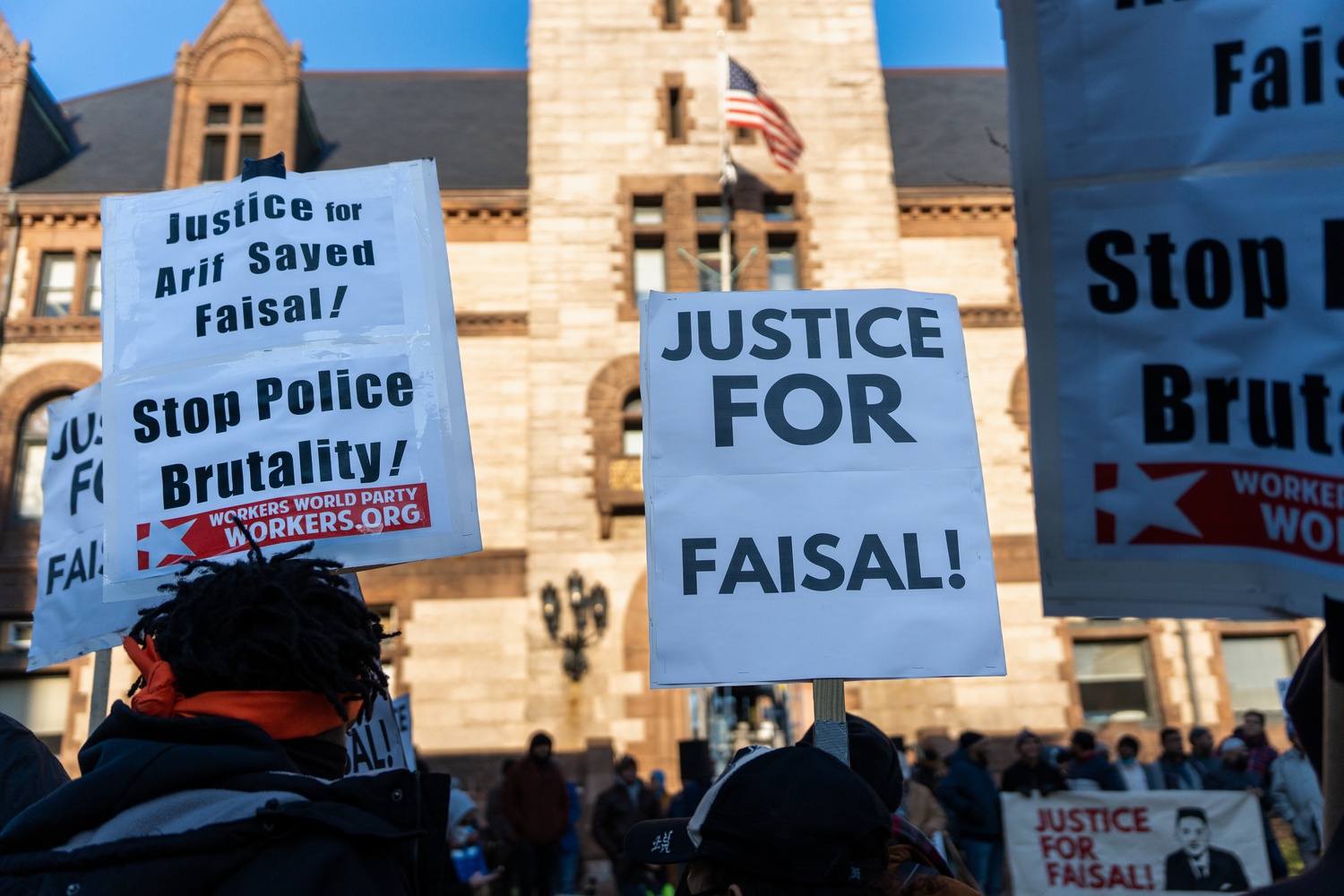 Cambridge residents expressed outrage at the fatal shooting of a college student by Cambridge police at Monday’s City Council meeting, an hour after a large protest outside the City Hall.

The shooting of Faisal, a Bangladeshi American, has spiked concerns of racism, Islamophobia, and police brutality throughout Cambridge.

“We’ve heard that Cambridge is special and that our progressive approach to policing sets us apart — that the kind of racist, senseless killings that we read about in places like Ferguson, Minneapolis, and Cleveland could never happen here,” said Cambridge City Councilor Quinton Y. Zondervan. “Yet here we are somehow trying to process the reality that a Cambridge Police officer shot and killed a young man from our community while he was experiencing a crisis.”

Siddiqui discussed her personal connection to the death as a South Asian immigrant during the meeting.

“I’ve struggled to find the words to address everyone amidst this tragedy,” Siddiqui said. “As your mayor, as a South Asian immigrant deeply connected to the large Bengali community here in Cambridge, I offer my deepest condolences to the family and friends of Sayed Arif Faisal.”

“I’ve been with the Bengali community during your most joyous moments — graduations, birthday parties, and celebrations at Danehy Park,” she added. “Tonight, I share your distress, your confusion, your pain.”

Pervin A. Chowdhury, president of the Bangladesh Association of New England, which hosted Monday’s protest and a demonstration last week in response to Faisal’s killing, spoke out on behalf of Faisal’s family.

“Police are supposed to help us, save us – not to kill us,” she said. “So what are you guys gonna do about it?”

Several residents called on the city to reform its policing system, pointing out the disparity in spending on the city’s police department versus its non-police Community Safety Department, which responds to mental health crises and other non-violent emergencies. Cambridge’s fiscal year 2023 budget allocates $2.9 million to the Community Safety Department and $73.5 million to the police.

“Talk is cheap and budgets are where we see actual priorities,” Cambridge resident Itamar Turner-Trauring said.

Louise E. Parker said during the meeting that Cambridge needs an alternative to policing that uses “crisis de-escalation skills, not guns.”

“We need answers as to why multiple police could not handle a single slightly-built young man without killing him,” Parker said. “Because clearly, bringing a gun to what is not even a knife fight — it was a young man harming himself — is not the answer.”

In an emailed statement to The Crimson, Warnick wrote that a current independent investigation by the District Attorney’s office and an inquest process will conclude in the publishing of “a series of public records and documents containing extensive details related to Wednesday’s shooting, including the names of all the responding officers.”

Cambridge Police Commissioner Christine A. Elow shared at Monday’s meeting that this independent judicial inquest into the shooting was underway and promised attendees “a full and transparent investigation.”

“Policing is all about the sanctity of human life,” Elow said. “When a life is lost it is a tragedy on so many levels.”

The city is hosting a “community meeting” on Thursday for residents to meet with District Attorney Marian T. Ryan, Cambridge City Manager Yi-An Huang ’05, and Elow. Siddiqui has also convened a special session of the City Council next Wednesday to discuss CPD protocols.

“This has easily been the most difficult week in my five years on the Council,” Zondervan said. “It’s a dark moment in Cambridge history that we will never forget.”