A Chess Battle with Gus and Sietse 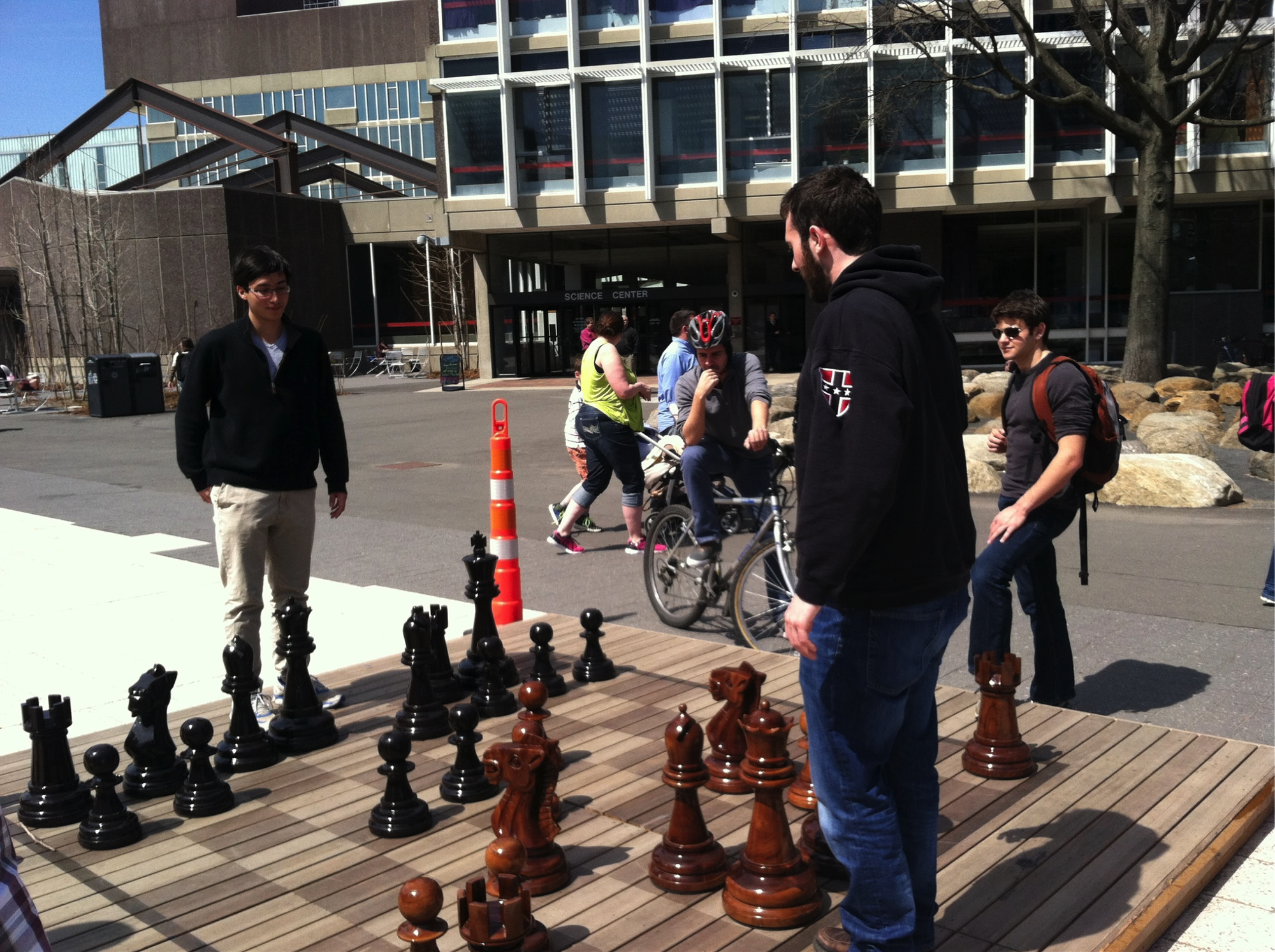 The battlefield was set. The sun was high, the day warm with anticipation. Two armies stood in wait. Two generals prepared to unleash havoc. The day would live on in infamy, known forever as the Battle of the Giant Chessboard in Front of the Science Center.

The general of the white army, Gus A. Mayopoulos ’15, made the first move: d4. Sietse K. Goffard ’15 responded with d5, and the fury of battle began. But the action on the board was only half the story – both knew the real battle was psychological.

“I have thee stumped!” taunted Goffard at one point, as Mayopoulos puzzled over his next move. Later, after winning a pawn, Goffard told Mayopoulos in a Russian accent (I think), “Your pawn is very tasty!”

But Mayopoulos has some barbs of his own: “What do this season and my trap have in common? Both have been sprung! Da-dum-tsh.” Soon after, Mayopoulos announced with satisfaction, “And so the ruse is complete…is it? What was the ruse...?” The tension in the air was palpable.

After what seemed an eternity of bloodshed, the tide of the battle began to turn in Goffard’s favor. After making a particularly good move, Goffard laughed in triumph: “Ah ha ha! Or as we say in French, ‘Awh hau HAU!’” Mayopoulos was unfazed: “I watched G.I. Joe: Retaliation last night, so worst-case scenario I get in a helicopter and fly away.”

A crowd of onlookers had gathered around the board by this time. Though Mayopoulos’s troops continued to fight valiantly, in the end they were unable to protect his king from being checkmated. Goffard reigned victorious.

Afterwards, Goffard and Mayopoulos shook hands, hugged, and issued a challenge to Associate Dean of Student Life William Cooper: a game of giant chess to decide the future of Quincy storage. “If he wins, then the status quo remains, but if he loses, all current and future Quincy residents get storage,” the duo proclaimed. It remains to be seen if Dean Cooper will take up the challenge.