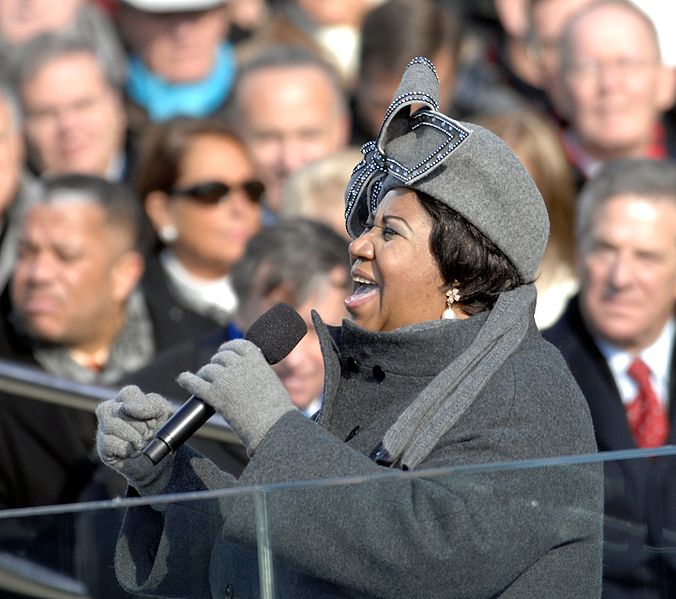 Aretha Franklin with a bow on her head.

Welcome to Trending, your cultural update. This Flyby series will give you the material to impress your friends at the one meal a week that you don't spend complaining about how much work you have to do. It's curated by Flyby's culture experts, who have collectively binge-watched everything Netflix has to offer.

Aretha Franklin (yes, she's still alive! Time to Wikipedia her age.) needs your respect. She's just released a cover of "Rolling in the Deep," which scientists say could stop climate change. It's so great that most babies' first words today are "I love this song." When Franklin sings "There's a fire starting in my heart," the song's first words, you truly believe it.

This is obviously the beginning of Franklin's comeback, as she was most recently famous for wearing a giant bow on her head at President Obama's inauguration.

We're so excited for the acapella groups to cover this cover.

The real controversy over the song has begun with Twitter users ranting at each other over the question: Was the song autotuned? That's the great mystery of 2014 and we can't wait to read more 140 character explanations debating the issue.

Here are some other covers we want Franklin to sing: "Backseat Freestyle" (Kendrick Lamar), "Two Weeks" (FKA Twigs), and "Fancy" (Iggy Azalea). We'll be listening to this on repeat until that day comes.