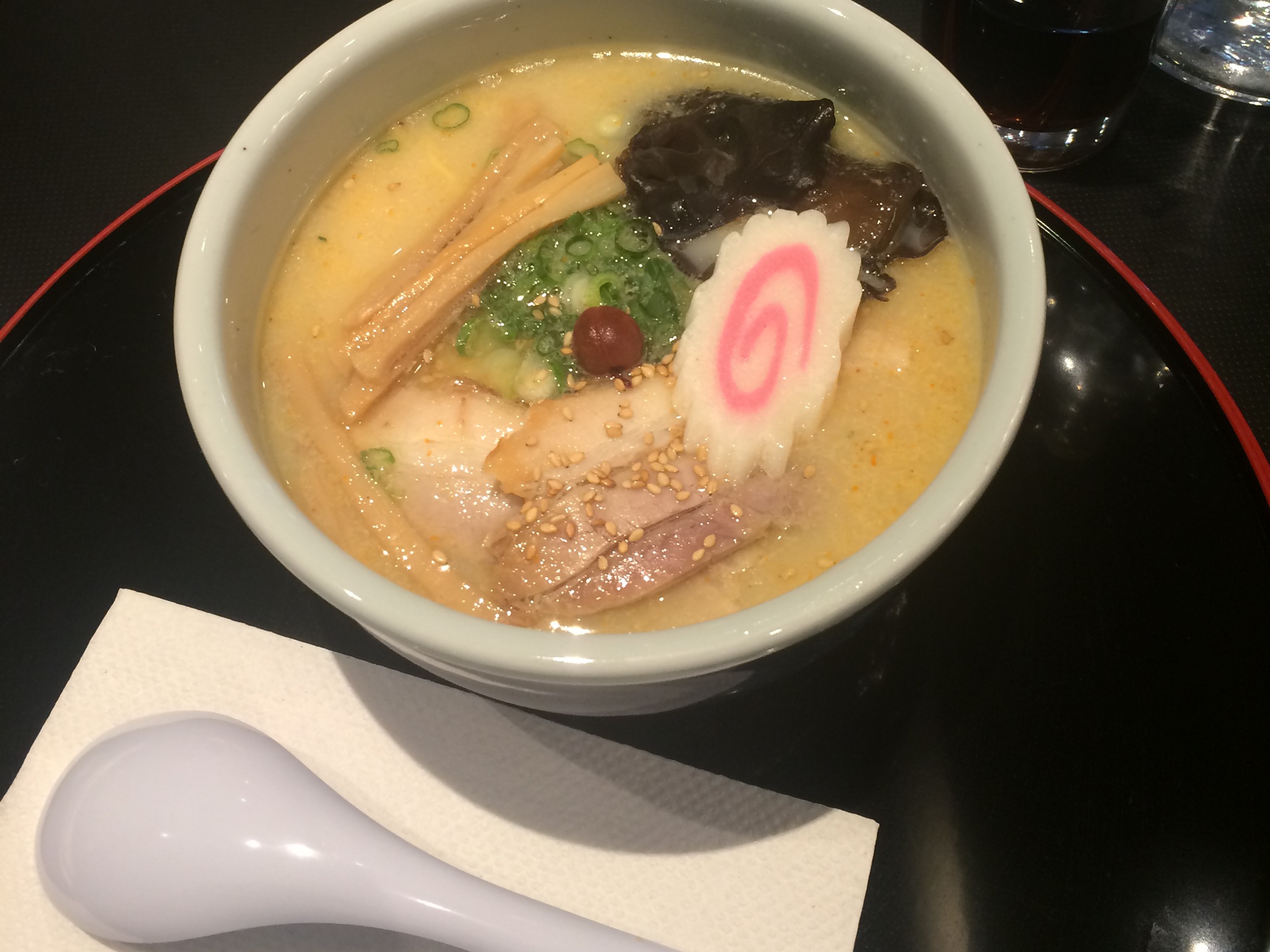 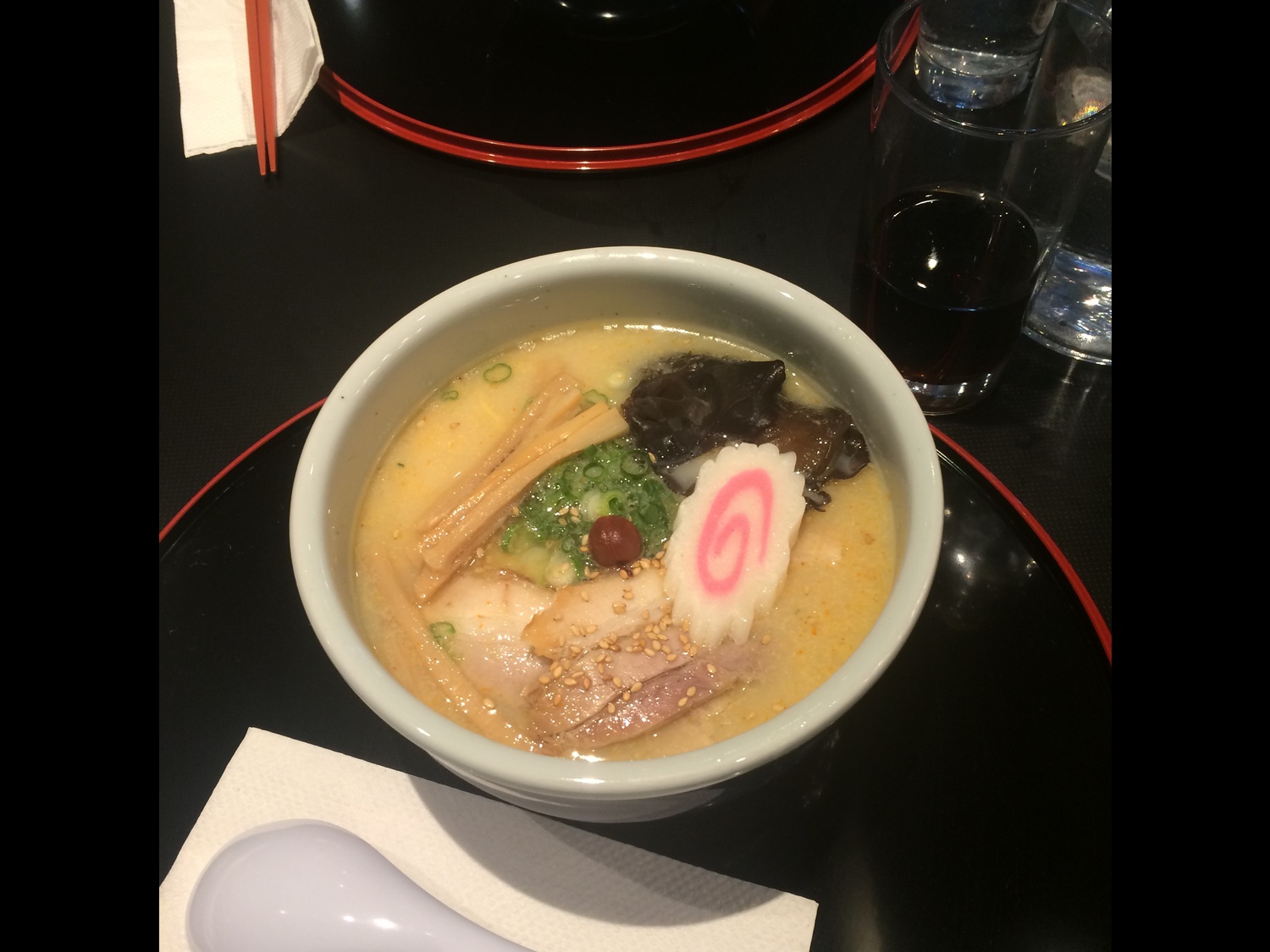 Shio Ramen from Santouka By Olivia A. Nicholls

When a new venue opens in the Square, especially something as tantalizing as a ramen joint, there's always a quiet electricity in the air. Does this newcomer have what it takes to tussle with the legends of Harvard dining? To be clear: I'm poor and bad at sleeping so I consider Felipe's and the Market to be the leading culinary giants. Santouka Ramen's new location on Bow Street closes at 9:30 p.m. most nights (10:30 p.m. on Friday's and Saturday's) and looks sleek with its muted granite interior and spindle-legged light fixtures. The set-up is certainly more restaurant and less hangout, but when D-Hall dining gets me down, I find a hot bowl of noodles is just what I need.

The Wait
At 6 p.m. sharp, we blow in with the cold air: seven tired and hungry students haunted by all too recent psts and hours of section. The restaurant is flooded with its second day dinner rush and the small atrium space is packed with lost patrons searching for a table. We flash a smile at a frazzled hostess. The wait, she informs us, will be an hour. “Go walk around the square, we'll call you when your table is ready.” We “walk around” back to our closest common room.

We return an hour later without a call and minus two friends (the friends lost to dining hall attrition). Santouka has managed to become even more crowded in the interim, and our wait has been upgraded to indefinite. We move camp to Dunster D-Hall, losing our fifth member to Felipe's, and prepare to wait out the crowd.

At eight thirty tensions are running high. With no call in sight and Santouka closing in an hour, we begin making alternate plans. Can we do Le's? Is Le's even open? Should we give up on noodles and get burritos? Fed up with our nonsense, a member of the party dials Santouka and ominously leaves the room. A few moments later she returns, telling us to pack up to leave: our table is ready. What? She shrugs. “Sometimes you have to be a little impolite.”

The Eats
It's hard to stay mad at Santouka when we're seated at an excellent table within moments of arriving (our third time that night, to be fair), given a hamper to keep our bags off the floor, and pelted with sincere apologies for the wait. As the manager Cory later explained, there had been lines stretching down the street that morning since 10 a.m., and they don’t even open until 11. The dinner rush, with classes and work ending, was just as bad.

The menu is as streamlined as the architecture, and with four main ramen options (plus fixings), we decide to each order one. This fact greatly amuses the staff. We are apparently the only group to have done this so far. I get the Shio Ramen, their self described signature flavor. The service is on point: the moment I begin to wonder where our meals are, I find them on the table in front of me.

The food itself was fantastic. I don't even like broth that much, but I found myself downing the creamy soup by the gulp. Cory explained to us how the broth steeps in pork all day, lending it a rich and thick flavor. The noodles come out steaming hot and have a fantastic texture that soaks the broth right up. Don't bother trying to be polite when eating: the slurp is going to be the best tool in your arsenal. Opinions ranged on the soft bamboo sticks, but I found them tasty, if a little out of my comfort zone. The pork was divine, though I was only given two slices and quickly found myself wanting more.

The atmosphere of the restaurant felt casual, even when it was so busy. The one thing holding me back from really enjoying my meal was the price tag: twelve bucks before tip for a large bowl. For that kind of money, I can get Costco ramen to feed me for a month, a niggling voice in the back of my head moaned as I examined the check. And while the food was hearty, I didn't really feel full at the end.

I look forward to returning when the hype has died down, and the lines are under two and a half hours. While I can't recommend that anyone goes at peak time until then, I would certainly endorse a Santouka visit in the near-ish future.

The formal service and casual food makes it a good spot for a nice roommate dinner or low-key date, and the location is central enough that a trip is no great ordeal. I look forward to seeing how Santouka matures into its new location, and to sampling the rest of their flavors on future visits.