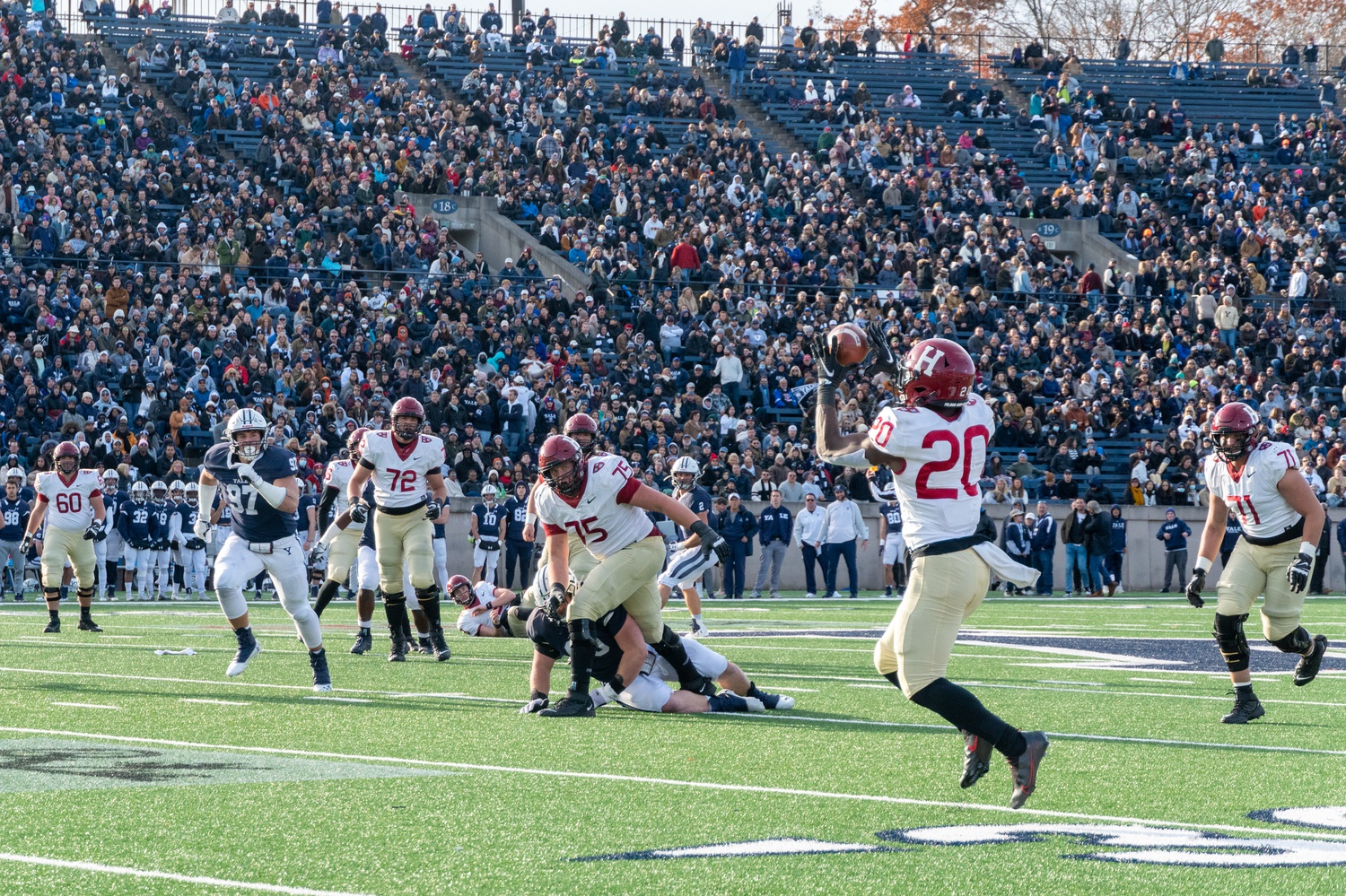 Let’s be real. You’ve been planning your outfit since the last Harvard-Yale. You’ve been prepping your Liquid IV. You’ve had the route planned. It’s pretty easy to slay the biggest game day of the year when you’re vibing at your beloved Yale Bowl — but what about when you’re wandering around Cambridge, lost and drunk out of your mind, and someone tells you to “Roll Tasty Basty”? Yeah, that’s what I thought. We’re here to help.

How do I get there?

Walk. Here at our perfect school, there’s no such thing as shuttling to the football field and waiting in hour-long car lines for The Game.

I’ve gotten a total of two hours of sleep on a random person’s floor on the sleeping arrangements I definitely planned in advance. Where can I get caffeine?

Harvard Square has no shortage of places to get your caffeine fix: Dunkin, Peet’s, Capital One Cafe, Tatte, Flour, Darwin’s, the fridge in the back of CVS that has the Celsius. If you’re across the river by the stadium and need to refuel, there’s a Starbucks and Swiss Bakers around the corner. And if you’re really desperate, chug some Trader Joe’s cold brew concentrate.

Where is the tailgate?

Like most tailgates, it’s on the field outside the stadium. Fields don’t change no matter where you are, so don’t wear sneakers you like.

Where is the stadium?

Look right… No, your other right. The giant Colosseum-esque structure across the river is our beloved Harvard stadium — though no gladiators have died there, many an athlete has (metaphorically) passed away from deathly workouts. Being an Institution with a Storied History and Past, Harvard doesn’t disappoint with the inside of our stadiums — in fact, we’re throwing it alllll the way back to the Stone Age by having no seats entirely.

Where is the postgame??

Your beloved postgame #slice can be found in the form of a pizza square at Pinocchio’s (dubbed “Noch’s”). Does it compare to Yorkside? Pepes? Sally’s? Tbh probably maybe not. But it’ll do the trick ;)

Do all roads lead to Toads?

No… but we do have the following: Jefe’s, final clubs, Tasty Burger basement, Grendels, Mather JCR (Mather is ugly and tall just like Morse). Choose your fighter. Disclaimer: These were listed in no particular order although the JCR is superior <3

Who is your Handsome Dan?!?!

Settle down, Yalie. Harvard has Remy — an immortal orange tabby cat that will either be skipping the game and hanging outside of Lamont Library or will make an appearance on the field mid-game. There is no in-between for Remy (except maybe a Turkey???).

Are we allowed to do the Saybrook Strip when the Game is at Harvard?