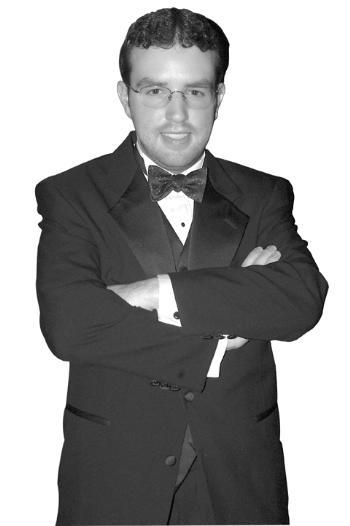 His DeWolfe suite looks more like a professor’s than a student’s: a daybed featuring a straightforward plaid comforter for the
By Kaija-leena Romero

His DeWolfe suite looks more like a professor’s than a student’s: a daybed featuring a straightforward plaid comforter for the bedroom; a neatly kept living room complete with a coffee table and advent wreath center piece; kitchen stocked with sensible snack options like Triscuits and chicken noodle soup. His clothing, acquired from all over the world, but locally from the Andover Shop and Stonestreets, is more faculty than undergrad, too—a cashmere argyle sweater and khakis are his outfit of choice.

But interior decorating and fashion aren’t the only elements of Gladden J. Pappin that scream conservative. Ideological differences between Pappin and the rest of the student body were brought into sharp relief in December of last year when he sent a letter to The Crimson, entitled “Secret Court Rightly Punished Immorality,” in which he denounced Harvard’s tolerance and support for homosexuals, about whom he wrote, “[their] activities are not merely immoral but perverted and unnatural.” With one letter to the editor, the floodgates were opened; the student body reacted with various meetings to discuss intolerance on campus and the Undergraduate Council passed a bill allotting $700 to aid groups on campus promoting tolerance.

Pappin says he received dozens of e-mails after the letter was printed, though few confronted him personally—mostly, he says, because most people don’t know what he looks like. Occasionally students who did recognize him responded. He says he remembers “walking out of Leverett Dining Hall and someone [running] by yelling, ‘Gladden Pappin hates faggots!’ Which, of course, is not true.” His name recognition has begun dialogue on airplanes, sparked conversations at meetings, and affiliated his name with several gay websites. All of which, he says, are fine by him. “[The letter] started something of a discussion on both sides, including mine,” he says. But the hubbub around his views was a bit more than he bargained for. “I wasn’t naïve enough to expect no reaction, but I didn’t expect such a violent [one].”

The Pappin that most people don’t know spends his weekend nights going out to dinner (Harvest is his favorite restaurant in the Square) and attending classical music concerts (Bach is his favorite composer). The only parties he frequents are Salient parties, he says. On campus social life, the principle of final clubs (exclusive, male-only social clubs, as he defines them) doesn’t bother him, but their evolution to a “less honorable” state from 50 years ago does. In a wife he’s looking for a good sense of humor, a Catholic upbringing, femininity (he wouldn’t specify, but mentioned being a homemaker), and openness to children. “Gladden is a somewhat reserved person,” says Kenan Professor of Government Harvey C. Mansfield ’53, “not a firebrand. But he has inner resources.”

A devout Catholic, Pappin spends his Sunday mornings at a traditional Catholic church in Boston. Even the Catholic Students Association (CSA), a group that shares more religious beliefs with Pappin than the general public, doesn’t quite cut it for him. “The CSA is actually more willing to stand up for political positions on which Catholics may disagree, like economics, rather than positions upon which Catholics may not disagree, like life,” he says. The Republican Club gets his support mostly for being a conservative group on campus, but he doesn’t consider himself a Republican because G.O.P. views are often too liberal for his tastes.

And despite being Harvard’s poster boy for intolerance, he takes himself surprisingly lightly. He knows most people don’t agree with him, and when goofing around with friends takes “pleasure in fulfilling the stereotypical image people have of me as a redneck Southerner.”