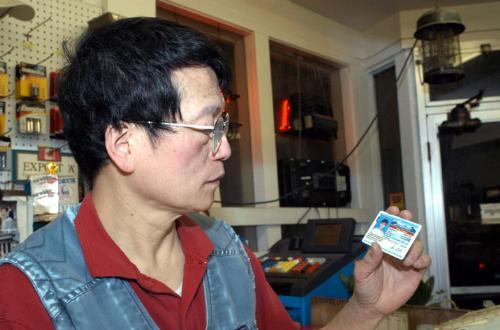 Suffering at the Superette

It’s a unifying college experience: nonchalantly grabbing a bottle, hoping for the best, flashing a fake. But the Saturday evening
By Annie M. Lowrey

It’s a unifying college experience: nonchalantly grabbing a bottle, hoping for the best, flashing a fake. But the Saturday evening de rigueur for many Harvard undergraduates has landed one of students’ favorite convenience store-cum-liquor spots in hot water.

Since selling alcohol to four underage Harvard undergraduates one month ago and being arrested for the offense, the owner of Louie’s Superette, Cheng-san Chen, has been under scrutiny from the Cambridge Police Department (CPD) and the Cambridge Licensing Commission (CLC). The beloved shop, a figure at the corner of Cowperthwaite and Surrey Streets since 1987, may be forced to close.

Two weeks ago, the Cambridge District Court ruled that “Louie” Chen will not face jail time. But the CLC has not yet reached its verdict, and still could revoke the Superette’s liquor license for this, Chen’s second recorded violation.

Although the chances of Chen losing the license altogether are low—Richard V. Scali, the commission’s executive officer, told The Crimson that “the most serious thing the commission has done is give someone a six-month suspension on a second-time offense”—Chen has not taken the arrest lightly.

“Now I card everybody, even if they’re 50 and they come in here all the time,” says Chen. “Sometimes they come in for Coca-Cola and I check their IDs anyway.

“I must ask for proof of age. Everybody thinks I’m going crazy.”

Even if his license is only temporarily revoked, Chen says the income lost during that time may force him to shut the Superette. Fifty percent of his profits come from alcohol sales, he says. If the CLC finds him guilty of a “deliberate” violation, a temporary suspension could last months, in which case Chen says he might be better off retiring early.

“I cannot say what will happen, and I’m very nervous,” Chen says. “On the 16th, I will get a [CLC] licensing report. Maybe they will tell me that I cannot have alcohol violations for a few years and that I must stop selling liquor for a few days. But I don’t know, and I do not want any trouble. I want to stay open.”

This trouble with the law, unfortunately, happens in a particularly bad time in Chen’s life. “I went back to Taiwan to visit my sick mother, and then a guy pulled a gun and robbed my store, and then I could have been put in jail for this alcohol violation,” he says.

But the hard times have only increased Chen’s enthusiasm. “I’ll be carding!” Chen warns. “I’ve carded Mitt Romney’s brother and I’ve carded Al Gore’s son. Famous and students and girls and boys. And old people. I must card everybody who might be a student now. I must just card everybody!”

Chen says, though, that business has not gone down and that he is selling liquor at approximately the same rate as before the past month’s events. “I’m carding much more carefully now,” Chen claims.

Meanwhile, residents of the far River Houses don’t want to consider life without easy access to Milwaukee’s Best. “He’s such a nice guy,” says Mather resident Heejin Lho ’06. “I think I speak for all of Mather when I say I’d be heartbroken if Louie’s had to close.”

Louie’s receives a rapturous endorsement from many Harvard students, and he returns the love. A sponsor of Mather Lather and the Boston Intercollegiate Taiwanese Students’ Association, Chen says he doesn’t want his community ties to suffer. “I’m a little concerned that they try to portray me as not a good guy,” says Chen.

“There’s one Harvard student who came in here for years. I checked his ID and he was not 21. For three years, he was not 21. Then, on his 21st birthday, he came to the store and he showed me his real ID, and I gave him a free bottle of champagne and we’re friends,” Chen recounts.

Chen hopes that all students feel welcome in his store, adding that students of legal age are “more than welcome” to purchase alcohol for the time being. Given that so much of Louie’s revenues derive from alcohol sales, he is even considering opening on Sundays to take advantage of Massachusetts’s newly revised liquor laws.

But even as he encourages customers to keep the business coming, he warns, “Don’t show phony ID—it’s illegal, please—and don’t get too drunk.”

And Mather, Dunster and Leverett residents may need to call to arms (or to bars) to save one of Harvard’s beloved institutions. If you’re legal, buy liquor, and if not, there’s always Junior Mints.