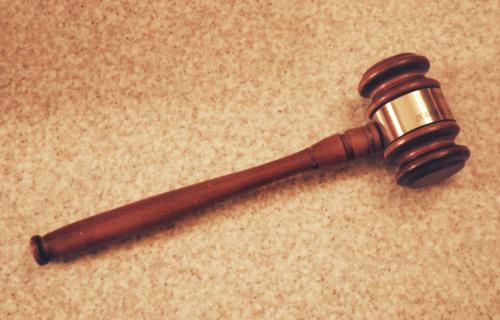 If you think that debater-extraordinaire Vivek G. Ramaswamy ’07 is intense, you obviously haven’t met “Da Vek.” “It’s the most
By Alexandra C. Wood

If you think that debater-extraordinaire Vivek G. Ramaswamy ’07 is intense, you obviously haven’t met “Da Vek.”

“It’s the most shocking transformation someone will ever undergo” says Michael B. Chow ’07 of Ramaswamy’s rapper alter-ego. Though “Da Vek” raps libertarian prose with the utmost of ease, don’t expect to see him in section. The rapper, who fearlessly showed off his skills at the Busta Rhymes concert in spring 2004, only emerges when Ramaswamy is outfitted entirely in black, complete with a black Kangol hat. “They’re two completely different people,” says Chow.

When “Da Vek” goes into hiding, “The Chairman”—the nickname coined for Ramaswamy during his tenure at the Harvard Political Union—comes out to play. “I consider myself a contrarian,” Ramaswamy affirms. “I like to argue.”

The Kirkland House biology concentrator has quenched his thirst for debate through his involvement with the Institute of Politics and debating for the Harvard Republican Club.

Ramaswamy, who was raised in a traditional Hindu family but attended a Catholic high school, describes Harvard as the ideal playground for intellectual sport. He affirms that “Harvard teaches you to be a better questioner…you can be heard even if you aren’t in the mainstream.”

In addition to rapping and politicking, Ramaswamy is one of three College representatives on the Presidential Search Committee and is involved with the South Asian Association, club tennis, and intramural sports. “Vivek has a boundless capacity to get things done,” says friend Nicholas R. Green ’07.

Though described as fearless by his peers, when reflecting on his undergraduate career, Ramaswamy admits that he would’ve been “a little more tactful” if he could start over.

He offers rapper Eminem’s “Lose Yourself” as his life’s theme song. “I think that children should be forced to listen to it,” Ramaswamy says, “the edited version, of course.”