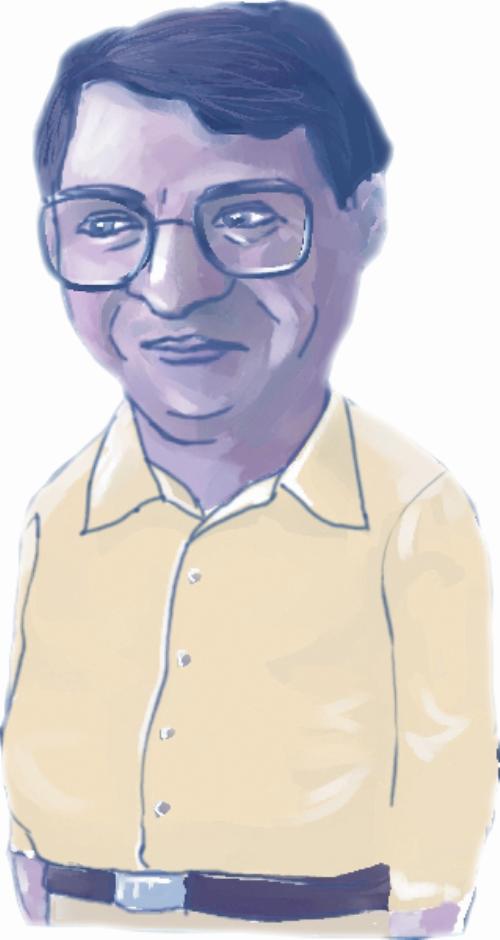 Shleifer's Curtain Has Yet To Close

Depending on your point of view, 2000 was either a great year or a terrible year for Professor of Economics
By Stephen M. Fee

Depending on your point of view, 2000 was either a great year or a terrible year for Professor of Economics Andrei Shleifer ’82.

On the one hand, the U.S. Department of Justice had chosen to file civil charges against him and Harvard for defrauding the U.S. of something in the neighborhood of $30 million.

On the other hand, the Russian immigrant had just picked up one of the most coveted prizes in economics and continued to have his work cited around the globe. He had a lateral tenure offer from New York University, and didn’t seem to be in danger of losing his stature as one of the country’s preeminent economists.

Harvard and Shleifer have since settled, and the waters have calmed on the legal front. But this case has been one of simmering controversy that occasionally bubbles over. As such, the settlement may have ended one part of Shleifer’s story, but the whole ordeal might be far from over.

As his star began to rise in the 1980s, Shleifer was often mentioned in the same breath as stellar Harvard economist and future University President Lawrence H. Summers. Indeed, the two had met when Shleifer was a Harvard sophomore. According to an Institutional Investor article published in January of this year, rumor has it that he pointed out errors in one of Summers’ papers, and after that, the two became mentor and mentee, invisible hand in invisible hand.

When Shleifer earned a tenured position at Harvard at the ripe age of 30 in 1991, he was again in league with Summers, who got his top spot at 28. That year, both would take leave from the University, Summers to serve as chief economist at the World Bank, and Shleifer to act as an economic advisor to his native Russia.

It was across the pond that Shleifer allegedly began to falter. During his six years of service in Russia, Shleifer was affiliated with a Harvard Institute for International Development (HIID) program that had been contracted by the U.S. Agency for International Development (USAID) to help Russia rewrite securities laws and convert to a market economy.

In the course of his work with the HIID program, Shleifer allegedly invested in Russian stocks and securities. That wouldn’t seem so bad if Shleifer hadn’t been privy to a variety of internal financial changes in Russia, which made any personal investments in the Russian economy a violation of Harvard’s USAID contract. In light of these allegations, USAID withdrew their contract in 1997, and Shleifer was sent home.

Fast forward two years. The economist, instead of being lambasted in the wake of a criminal investigation, received the glowing support of his colleagues. He was awarded the John Bates Clark Medal, an award given to the most promising American economist under the age of 40. Previous winners included Paul R. Krugman, Harvard Professor Martin S. Feldstein ’61, Milton Friedman, and not surprisingly, Summers.

Things could’ve been better for Shleifer, but they definitely could’ve been worse. After the prize was announced in 1999, The New York Times asked the head of the Clark selection committee, Harvard economist Dale W. Jorgenson, if the Russia case came up in their deliberations. Said Jorgenson, “It was not even mentioned.”

The Department of Justice elected to pursue a civil case against Shleifer in 2000 and dropped criminal charges. A mixed blessing. Nevertheless, Shleifer seemed to barrel onward. He maintained his position at Harvard and in 2003 was even offered a top spot at NYU’s Stern School of Business. The Chronicle of Higher Education reported that NYU offered Shleifer something to the tune of half a million dollars to defect, though the article failed to mention if that was an annual salary figure or a hefty lump sum. When he turned down the offer that year, the then-chair of the Economics Department, Oliver S. Hart, wrote to The Crimson that he was “delighted” that Shleifer would stick around, and many of his colleagues told The Crimson that they were relieved to hold onto him.

During that period, despite the publicity of his case, Shleifer had the distinction of being the most cited economist in the world according to the University of Connecticut’s IDEAS citation project. Again, the Russia case was unresolved, but Shleifer was able to hold on to his academic reputation, at least for the time being.

It wasn’t until 2005 that the civil case was resolved. Harvard, Shleifer, and his colleague, Jonathan R. Hay, who assisted him in Russia, agreed to settle for $30 million. The Crimson reported in August 2005 that Harvard would pay $26.5 million, while Shleifer would cough up $2 million, and Hay would pay between $1 million and $2 million, depending on future earnings.

Neither Harvard nor Shleifer was forced to admit liability.

Shleifer took a paid sabbatical and returned to the classroom this semester. Even with the publication of a scathing, 18,000-word article in Institutional Investor, a high-brow finance journal, outlining the evidence against Shleifer early this year, economics Professor David I. Laibson ’88 told The Crimson in April, “We think about him not as the guy who was involved in the AID lawsuit—we think about him as the exciting, intellectually active colleague that we’ve always known.”

The lengthy Institutional Investor piece, written by Harvard alum David W. McClintick ’62, also alleged that Summers’ cozy relationship with Shleifer may have protected the latter from losing his job. McClintick quotes a Summers deposition in which the former president said that he instructed then and current Dean of the Faculty Jeremy R. Knowles to hold on to Shleifer in 2001. The article startled and angered many professors, who grew even more furious when Summers, at a February 2006 Faculty meeting, said he didn’t know enough about the matter to comment on it.

But the central administration has also decided to remain tight-lipped, issuing few public statements about the controversy, often explaining to The Crimson that they will not speak about invidivual faculty members’ personal dealings.

“It’s often said that the University won’t comment on the behavior of individual members of the faculty, and I, to some degree, respect that perspective,” says former Dean of Harvard College and McKay Professor of Computer Science Harry R. Lewis ’68, “but this is taking that principle a little bit too far.”

Lewis, who has been outspoken about the University’s lack of outspokenness, is concerned that Harvard has damaged its reputation by not acknowledging any wrongdoing on its own behalf, not just because of Shleifer. “Harvard institutionally did something that I don’t think anybody thinks was very good for the Russian nation,” he says, “so I just think it’s quite remarkable that no one at all has said that Harvard did anything wrong.”

It certainly hasn’t been a rosy decade for Mr. Shleifer. The Crimson reported this year that the professor has had to mortgage his home to pay the first installment of the settlement. And the pending internal investigation casts a shadow over Shleifer’s future. But then again, no criminal case was ever filed, and Shleifer is back in the classroom this fall. And as for his reputation, a recent check at the University of Connecticut IDEAS project still puts Shleifer as the number one cited economist in the world.

Shleifer, since the case first opened up in 1997, has been able to have a tumultuous but so far not totally destructive second act. But whether there will be an act three remains to be seen.