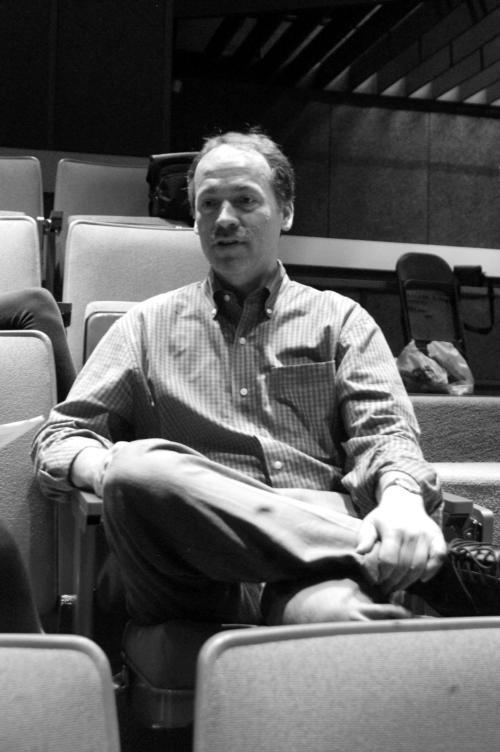 15 Questions with Will Shortz

Last Saturday, before Harvard’s first ever Crossword Puzzle Tournament, FM sat down with Will Shortz, editor of The New York
By Merav D. Silverman

Last Saturday, before Harvard’s first ever Crossword Puzzle Tournament, FM sat down with Will Shortz, editor of The New York Times’ daily crossword, to talk about Rubik’s cubes, the English lexicon, and the word “ucalegon.”

FM: Are you excited about the tournament today?

WS: I am excited about the tournament. If you go back twenty years, crosswords were thought of as an old person thing and most people who created and solved puzzles were basically fifty and older…Now there seem to be a lot of young people doing crosswords.

FM: How did you end up with a major in enigmatology?

WS: I went to Indiana University…I had joked since I was a kid about majoring in puzzles when I got to college, never imaging that I could actually do it. I remember going into the Individualized Major office. The lady made it sound really hard so I walked out being determined that it was what I was going to do.

FM: What types of classes did you take?

WS: There were no courses on puzzles; I had to make them all up myself… For [one] course every couple of weeks I would go into my professor’s office, sit down with him with a new crossword puzzle that I had created and watch as he solved it and critiqued it…My thesis was on the history of American word puzzles before 1860. I am the only person in the world to ever study the subject.

FM: That is so cool! Why do you love crossword puzzles?

WS: I love crosswords, first of all, because they take you into every field of human knowledge so you are always learning. And most of all I like the people I come into contact with through puzzles. People that like puzzles tend to be smart, well-read, well-rounded.

FM: Did anything change about puzzle enthusiasts and the puzzling world after your movie “Wordplay”?

WS: The American Crossword Puzzle Tournament is held every year, and this past March was our 30th one, and it was the first one after the movie. We had a 40 percent increase in attendance in one year. I have had to move the event for 2008 because we simply cannot fit into that hotel anymore. We are going to Brooklyn next year.

FM: Do you have a favorite English word of the day?

WS: Well I have a favorite English word of all time. The word is U-C-A-L-E-G-O-N. It’s a neighbor whose house is on fire. It doesn’t come up much in conversation.

FM: Do you try and drop it when you can?

WS: Well I hope my neighbor’s house isn’t on fire. It’s hard to imagine it coming up in conversation. What do you do if your neighbor’s house is on fire, do you call the fire department and say “I have an ucalegon?” They’re not going to know what the hell you are talking about.

FM: That’s if you really don’t like your neighbor. How did your parents respond to your puzzling?

WS: When I started out they were not so pleased. My mother was a writer so she father was a personnel director for a printing company so he didn’t understand it at all! But they eventually came around to it once I became successful.

FM: A lot of people at Harvard have pressure these days to be doctors, lawyers, I-bankers. Do you have any wisdom, as graduation is nearing, as a man that did not take the standard route?

WS: Figure out what you love, and do it. There are lots of boring jobs out in the world and someone has to do it, I am just glad it is other people.

FM: People are really passionate about their daily puzzles. Give us a taste of your most malicious hate mail ever.

WS: I got some when I started out at the job in 1993. I was 36 years younger than my predecessor. In the older puzzle, if anything from the last 20 years showed up it came as a shock, like “what is that doing here? That is so out of character.” My philosophy is that crosswords should embrace everything in life. When I started there were people who did not know much about the modern world so they found my puzzles harder and they wrote to complain. These people either died, or have given up on me.

FM: Sudoku seems to be on the wane. What are your predictions for the next big puzzle moneymaker?

WS: I disagree on Sudoku. Well the craze has waned, just as the crossword craze of 1924-25 has waned. People at the time thought crosswords were another fad like flagpole sitting or raccoon coats...Sudoku is like that. Walking here this morning I passed a homeless man who was lying in the sidewalk leaned up against the building and he had a newspaper open and he was solving a Sudoku and I thought, “Harvard has the smartest homeless people.”

FM: Do you think that there is anything that is going to come after Sudoku?

WS: You know, it is impossible to predict crazes. The last craze was the Rubik’s cube… We are living in the golden age of puzzles right now. Crosswords have never been as interesting in history as they are now.

FM: How quickly can you solve a Rubik’s cube?

WS: I am good in two dimensions. I am not good in three. So how fast, the question is can I at all? I don’t think I can.

FM: How’s it feel to work at The New York Times? Why do you like working there?

WS: First of all, I work at home, not at the Times building, though I go in once in a while. What’s it like? What I love about The New York Times is the quality of the audience. I know that the Times audience can answer just about anything I throw at them.

FM: Do crossword puzzle-makers have a special affinity for Arlo Guthrie? He definitely appears more than once a week.

WS: Yeah, yeah…One that I am embarrassed to use is O-O-N-A as in Oona O’Neill. There are certain words and names that appear in crossword puzzles way too frequently because they are short [and] they start and end with vowels. You as a puzzle-maker, might think, “I am not going to use Arlo,” but you’ve got some terrific entries, you’ve got your “X” and your “Z” and it is crossing through a theme answer, and Arlo is the answer that will make the whole thing work for you. You are going to use Arlo.