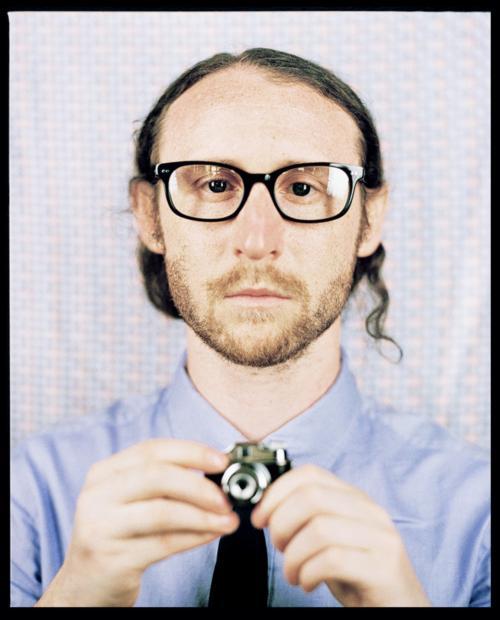 Mike A. Einziger, Incubus band member and Harvard student, is all about music, science, and secret societies.
Advertisement
Advertisement

As new Harvard students flock to campus in dewy-eyed obscurity, it’s safe to say that only one has already accomplished
By Frances Jin

Mike A. Einziger (ME): I was introduced to Harvard by my good friend, Daniela F. Joffe ’10. She wrote an article—I participated in it­—about the manufactured controversy between creationism and evolution. The article was with .Dr. Kenneth R. Miller, and I came to Harvard and spent a couple of days here. I was kind of interested in studying at the time, and I just fell in love with the place when I got here. I made some really amazing connections with professors in the music department, and they encouraged me to apply.

2. FM: How long are you planning on staying here?

ME: I’m a special student through the Graduate School of Arts and Sciences, so I’m studying for a year. That’s what’s great about that specific program, that it offers the flexibility.

4. FM: What made you return to the classroom?

ME: Well, I’ve been traveling for 13 years straight. I’ve had little breaks here and there, but otherwise it was non-stop touring. We were about to take a year off. We’ve been on the road for the last two years, as part of our last album with my band.

5. FM: How do you work your personal life around that?

ME: I guess you don’t really have a choice. The thing is, it’s such an amazing life to have—to be writing music with my best friends and traveling around the world. It’s so hard to actually stop it, you can just keep going and going and going and going. We just got to a point where we needed to take a little bit of a break—but not in any type of a bad way.

6.
FM: Are you taking a break from Incubus while you’re here?

ME: Our drummer just had a baby, and a couple of the other guys are interested in other things, so it’s just the perfect time for me to come and study.

7. FM: Have you been to school before?

ME: I did go to college very briefly—Santa Monica College of Los Angeles. It’s beautiful, but we pretty much got signed to a record deal right out of high school, so I didn’t put in any real time going to college. And to be perfectly honest, at the time, I wasn’t really interested. I was playing in the band, we were on the verge of getting a record deal, and I was working for a record label. I was really kind of immersed in the world that I wanted to be immersed in, and school was something I was doing to appease my parents, to be perfectly honest. It’s amazing being in the position that I’m in now, to be able to come back and have a whole new appreciation for the experience that I wouldn’t have had if I had gone right out of high school. This will be the first time in my entire life that I will actually have gone to school because I wanted to.

8. FM: You’ve performed on the guitar, piano, synthesizers, and all kinds of other instruments with Incubus. Do you feel like you could be teaching some of these music classes? As a Harvard student myself, I have to ask: are you trying to throw off the curve for the other students?

ME: Not at all. I’m actually starting at the beginning now. I know that I’m going to be studying with people that are much more intelligent than I am and have been exposed to a lot more classical music and have had much more experience studying music theory than I have. So I’m expecting a very humbling experience.

9. FM: With all the success that Incubus has seen, are you nervous about being too famous on campus? Have you been stopped for any autographs?

ME: [Laughs] No, not at all. Literally every single person that I’ve met so far has been really cool and amazing and it’s great. I think a lot of the professors and a lot of other people who have studied here are a million times more famous than I’ll ever be, so I don’t really feel like that’s an issue for me at all. And short of getting some very, uh, interesting looks from people when I either tell them or they find out about my, uh, my day job, it really doesn’t seem to matter very much. I really am loving how normal I feel here.

10. FM: Were you nervous about coming to a place like Harvard?

ME: Yeah, I was definitely a bit nervous because it’s intimidating—it’s Harvard. And I haven’t been in a classroom in a long time. I have no idea if I can handle the work or if I can keep up, but I’m definitely going to try. Not only have I not been in school in such a long time, but I’m going to pretty much the hardest school in the universe [laughs]. But I also think it’s a testament to how accepting this place is.

11. FM: Outside of Incubus, you’re also known for your side projects: producing, playing in Time Lapse Consortium, writing the soundtrack for “Flow,” and recently your project “End.>Vacuum.” Are you working on anything new while at Harvard?

ME: I’m sure there are a lot of things that are going to come up. That’s one of the reasons I was so looking forward to coming here—finding new things to work on and working on projects with other people who are also studying music. We’ll see how much I can balance schedule-wise.

12. FM: Are you thinking of putting on any shows here for the undergrads? Yardfest, maybe?

ME: I’m not opposed to it—we’ll just have to play it by ear. The point of coming here was sort of to get away from all of that for a while, but you never know. I think whomever they get for Yardfest this year, they should clear it through me. [Laughs] No more Third Eye Blinds are allowed. Not OK, very not OK.

ME: I’m going to vote for Obama. I’m really afraid of the anti-science movement in our country. People pick what issues are important for them, and for some people it’s things like gay marriage or abortion. I hate to say blanket statements about liberals or conservatives, but I wish that people who were so fanatical about abortion would apply their same principles to people who are already alive in the world. Sarah Palin is a creationist and that’s frightening because if we allow that type of a person to be in a position to start making decisions about what is taught to kids in school, I think the results can ultimately be kind of disastrous for our country.

14. FM: How did you get so interested in science?

ME: I’ve just always loved science. I think science explains a lot more about the world that we live in than anything else does. To me, science and music, it’s all the same. There’s no difference between the way life replicates and changes to how music unfolds and ultimately becomes something else.

15. FM: Any plans to go crazy on the party scene while you’re here?