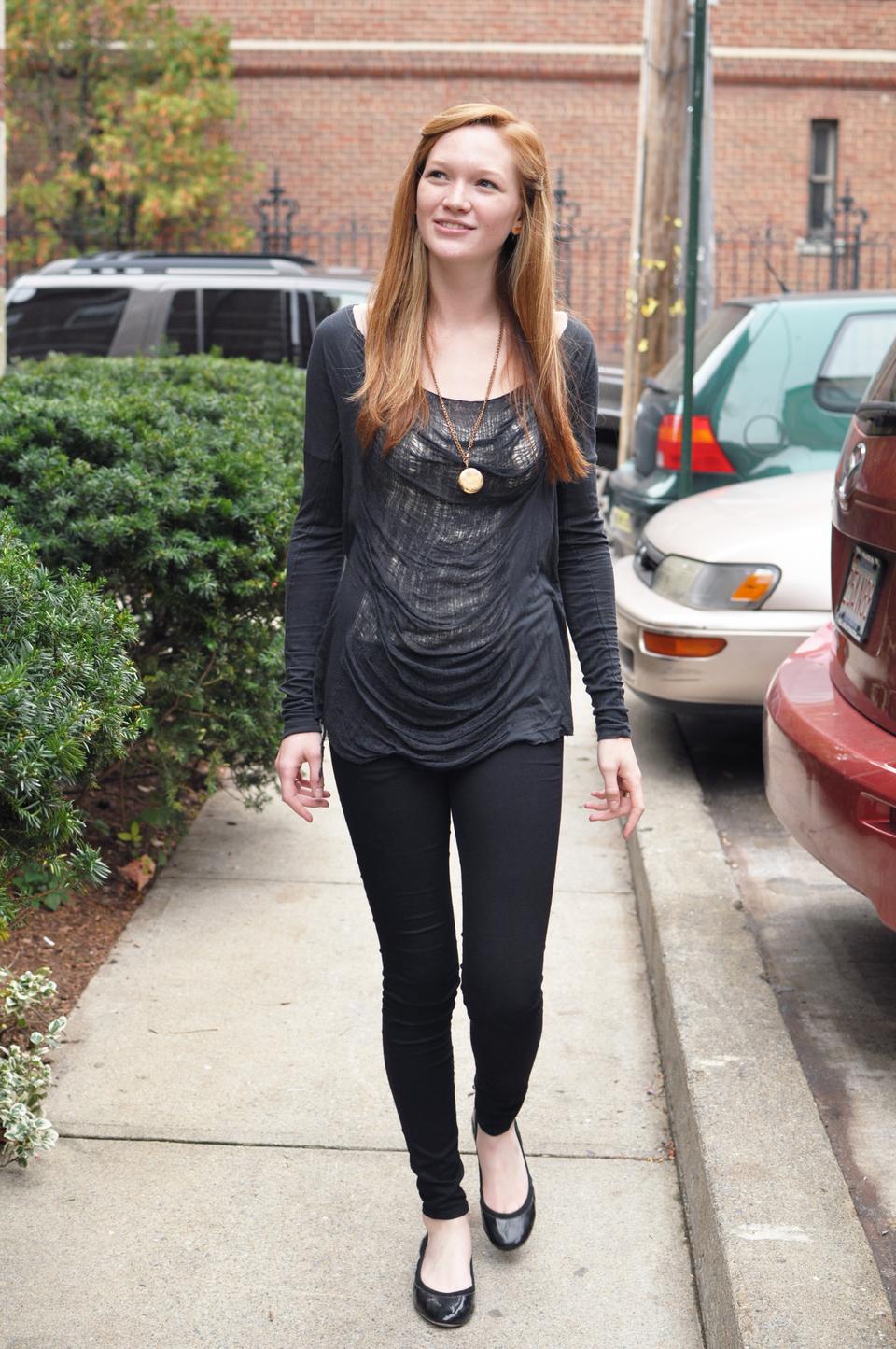 Earlier this year, my sister sent me the YouTube video “Gingers Do Have Souls.”
By Emma R. Carron

Earlier this year, my sister sent me the YouTube video “Gingers Do Have Souls.” In a battle cry for the ginger cause, a ginger gentleman named “CopperCab” gives a three-minute monologue affirming that redheads are human too. While his passion and brutal haircut were absolutely hilarious, there was something true behind his words to which all gingers could relate.

Teased as a little ginger, I denied the pride that this man expresses. The denial went so far that until recently I insisted, “No, my hair is not red—it’s auburn,” as if there were even a difference.

I was born in September 1990 into a family that would eventually consist of two blondes­—my younger sister and mother—and a brunette—my father. I am the sole ginger of the bunch. Although my parents claim that my middle name Rose is from that of a distant relative, the color parallel hardly seems coincidental. From the beginning, I was stuck with ginger-themed epithets. Born looking like the Pillsbury Doughboy with a tuft of orange hair, I earned the nickname Pumpkin.

Growing up, my parents instilled an affinity toward ginger items. Maybe it was a coincidence. Or was it? At age 7, I received a reddish-colored hamster named Buttons, and the current family pet is a 9-year-old ginger and white cat, Tinker. And today, my go-to horse on the polo team is, yes, a ginger. My parents, who taught me to be a foodie, fattened me up with gingered foods. I grew up on ginger snaps, gingerbread, ginger ale, candied ginger, Chinese stir-fry with ginger, and pickled ginger on sushi. At Harvard, I’ve expanded to Dark and Stormies as well as Crema Café’s ginger steamer.

Most people don’t know what it feels like to be a ginger. That’s because redheads make up somewhere between one and two percent of the world’s population. I, however, am one of those (lucky?) people. The idea of redness, orangeness, and “gingerness” is a constant factor in my life, and this is besides the fact that I’m stuck 24-7 with bright ginger hair. There are colors, people, nicknames, and cultural references that are attached to the ginger category.  Although I’ve had my own personal experiences, a certain perspective seems to tie gingers together.

Entire colors palettes are banned for us gingers. According to fashion magazines, we have to eliminate yellow, orange, and most shades of red from our wardrobes in order to avoid a style faux pas. The clash between red hair and these “hot” colors would be egregious. Just like someone shouldn’t wear green pants with a green shirt, a ginger should never wear a red shirt (or pants) with red hair.

There is also the one question that only gingers get asked, and too frequently for comfort. Home decorating is not a topic we like to discuss.

Once one gets past the childhood years and over the fact that orange dresses are not an option, it becomes apparent that the perks of gingerhood are pretty nice. For example, we have Ginger Spice, Thomas Jefferson, Conan O’Brien, and Miranda from “Sex and the City” on our side.

Gingers are also the object of their very own fetish. A female ginger must always ask herself: is that guy hitting on me because he likes me, or does he just have a ginger fetish?  This fetish is real and more common than one might expect.

Throughout the year, we gingers take advantage of our genetic rarity. We are always prepared for certain holidays and Harvard athletic events. If someone asks me why I am not wearing crimson at a football game, I most likely will point to my hair. Of course I’m prepared, my hair is crimson! There is also Christmas and Valentine’s Day, which gingers can effortlessly dress up for. On Fourth of July, gingers can just wear blue and white. The red is already taken care of. And what fire-headed ginger hasn’t been the devil at least once on Halloween?

For the past year, I have been experiencing the life of a (fake) blonde. Now, however, I’ve decided to grow out my roots and become the Pumpkin I once was.

Emma R. Carron ’12 is a history concentrator in Lowell House. Don’t mistake her for a Flamin’ Hot Cheeto.