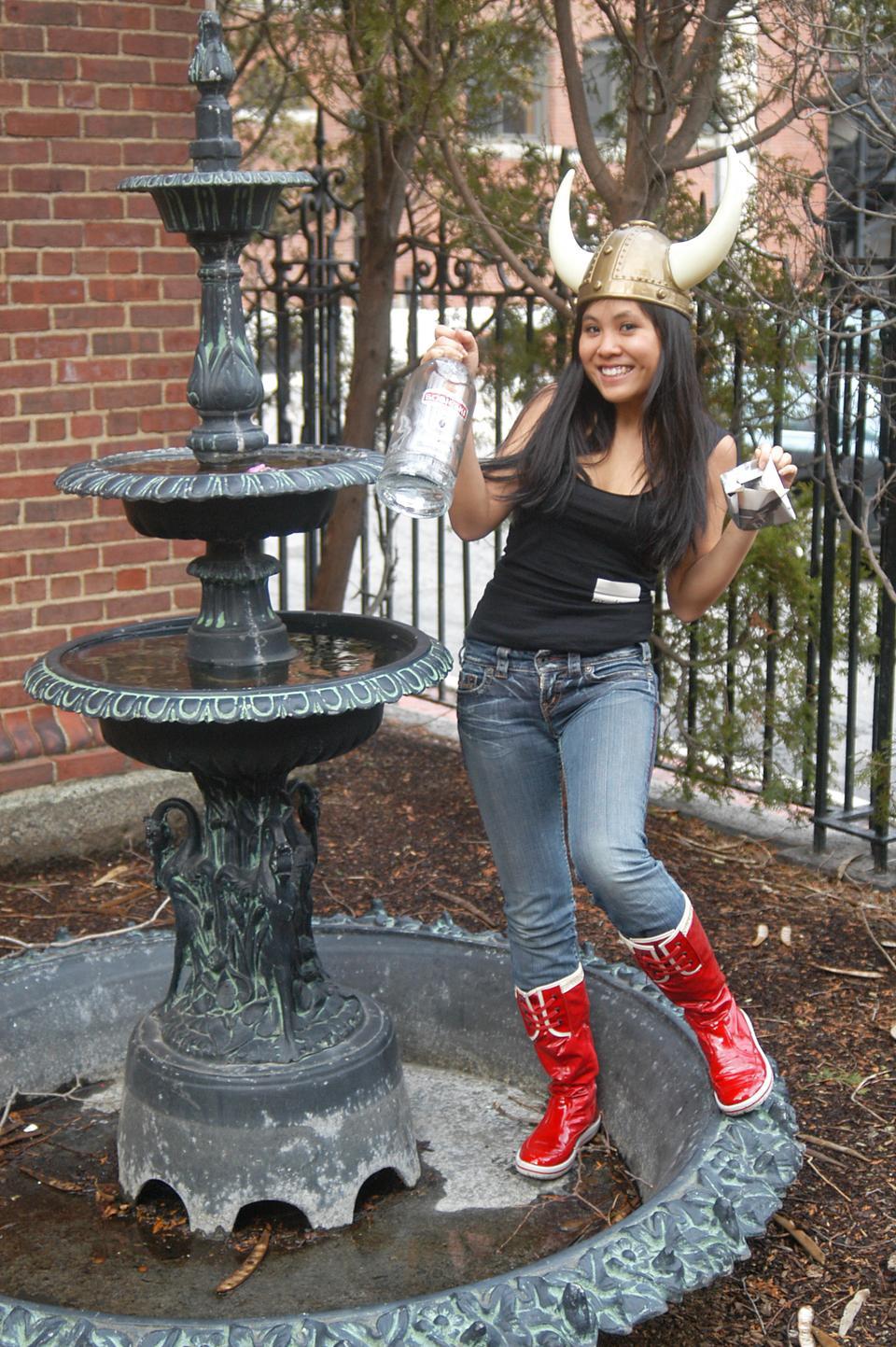 Only 3 percent of Harvard students do it, but that’s only because the other 97 percent don’t even think of ...
By Lena Chen

Only 3 percent of Harvard students do it, but that’s only because the other 97 percent don’t even think of it as a real possibility. No, I’m not talking about sex; I’m referring to living off-campus, which is even rarer than a horizontal tango on a twin-extra long. Take it from someone who’s recently changed her House affiliation for the third time (Mather to Currier to Dudley) while spending her senior year living in the Back Bay. Upperclass houses may be the supposed bedrock of Harvard social life, but that doesn’t mean you’re obligated to love or stay in the concrete monstrosity that contains the shoebox you call “dorm.”

The benefits of living off-campus are so numerous that I’m surprised students aren’t moving out of their rat-infested walk-throughs in droves. Here are just a few:

1) You get all the benefits of House life (Stein Clubs with trashed housemates!) without the drawbacks (brunch with awkward, sober housemates).

2) You can do semi-legal drugs. Marijuana, for example, is decriminalized in Massachusetts, but if you get caught smoking on campus, you’ll still have to deal with the Ad Board (conversely, you could just transfer to MIT, which has turned a blind eye to dorm room LSD production in the past).

3) You can pretend dormcest never happened. That HoCo chair you fucked two weeks into your three-year residence? Never have to see them again. Related, my next point...

4) There’s built-in social filtering. As a super-senior, this is especially crucial. I have nothing against hungover 19-year-olds brunching with their hungover 19-year-old pals (that used to be me, after all). I just don’t really want to be their friend, and I’d also prefer if they weren’t part of my Sunday mornings. Or, you know, my college experience.

5) You can indulge your quirks. Whether it’s going to sleep at 10 p.m., or enjoying the pleasures of recreational nudity, House life isn’t really compatible with eccentric habits. I fall into the latter category, and nudity is sadly not tolerated in dining halls (unless you live in Dudley Co-op), and can in fact sometimes lead to ostracization. At home, the only thing I risk when dining in the buff is first-degree burns.

So if living off-campus has so many upsides, why don’t more of us do it? Perhaps the reason is because Harvard students derive so much of their identities from their House affiliation—or, at least that’s what’s encouraged. The hype surrounding Harvard’s housing lottery is rivaled only by that of Hogwarts’ Sorting Hat. Consider the elaborate pre-Housing Day rituals, which include taking a shot at every coveted house and burning boat sacrifices for the “River Gods.” I’m an atheist, and yet even my freshman self wanted to believe that there was some higher power who was really invested in getting me into Eliot. Granted, not everyone gets the housing assignment they want, but in the end, even the most cynical new Quadling can be turned into an enthusiastic convert who chirps endlessly about “singles for life” (this is actually an old Mather slogan, but since they introduced partitioned rooms there during my junior year, the phrase is now really more applicable to the Quad).

Once we move in, there’s countless inter-House contests which fuel our unhealthy obsession with competition and bond us with our housemates by fooling us into believing that a recycling drive and an online game of Risk are proof of our superiority to people who live in that place called Dunster. What Harvard students lack in school spirit, we make up for in House spirit. Given that we have practically none of the former, we’re less than eager to let go of the latter, even though physically living in a House isn’t a prerequisite for being really proud that you were randomly assigned to it.

If what you’re worried about is paying for an off-campus pad, keep in mind that you, your parents, generous donors, or some combination of the preceding are currently shelling out $11,000 for your annual room and board fees. That’s enough to cover the cost of an apartment and groceries, even if you have to budget. If you’re on financial aid, you get reimbursed proportionally to your package.

Unlike sex, there’s not really an excuse not to move off-campus, unless, of course, you actually lucked out with your room assignment. I personally found the dorms to be much less satisfying than advertised, but maybe that’s just because I didn’t properly pay homage to the River Gods.

Lena Chen ’09-’10 is a Sociology concentrator and an avid nudist living in...