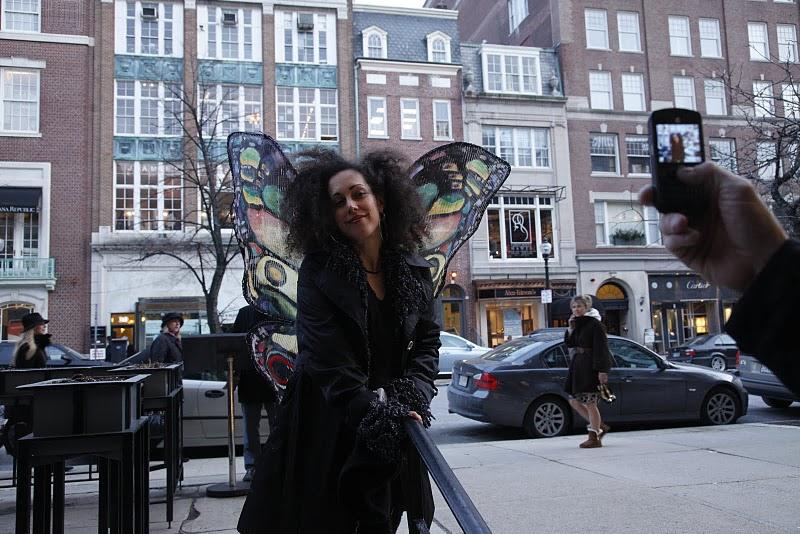 Learning at Harvard is more often associated with struggling through Organic Chemistry than with discovering how to enjoy yourself, but ...
By Jessica N. Nieto

Learning at Harvard is more often associated with struggling through Organic Chemistry than with discovering how to enjoy yourself, but happiness is gaining traction as an object of study. Both in course offerings and academic research, members of Harvard’s faculty are examining this seemingly elusive emotion in an academic light.

LEARNING HAPPINESS IN THE CLASSROOM

Shalhavit-Simcha Cohen exhudes happinness, in a genuine sense, as she speaks over Skype. Simcha, in fact, means happiness in Hebrew. With a degree in Molecular Medical and Cellular Biology and a background in Torah study, she has devoted much of her time to the study of happiness and to disseminating that knowledge to the public.

Since 2007, Cohen has worked extensively with former Harvard University Psychology Professor Tal D. Ben-Shahar ’96. Ben-Shahar’s “Positive Psychology” course was more than a self-help lecture series, focusing on contemporary research on what makes people happy. In 2006, it attracted 855 students, making it the most popular course at Harvard, even more popular than Ec 10. Each time the course was offered, CUE reviews glowed.

Though Ben-Shahar is not currently teaching at Harvard—he has said that he took himself off the tenure track in order to pursue his own personal happiness—Nancy L. Etcoff, assistant professor of psychology in the psychiatry department at Harvard Medical School, teaches a similar class called “The Science of Happiness.” “The aim is to critically examine current scientific knowledge on happiness,” she explains. “Our discussions cover the range from issues of definition and measurement, to the brain reward system, genetic contributions, the effects of positive emotions on health and longevity, and the centrality of love and relationships.”

Etcoff explains that the more that we explore different aspects of happiness, the more we realize how little we know about it—there is much to learn and be learned. “Happiness is not just a way of feeling, but a way of thinking and a way of being,” she says.

According to Harvard Philosophy Professor Sean D. Kelly, happiness actually has stood at the center of philosophical inquiry since ancient times. In January, Kelly published a book about the struggle to find meaning in a secular age. “The question of ‘What is happiness?’ doesn’t quite capture the essence of the philosophical question,” he adds. “Rather, it should be phrased ‘What makes a life worth living?’”

BEYOND THE IVORY TOWER

Cohen is currently working to spread the wealth of academic knowledge that exists on the study of happiness to the wider world. As the Projects Manager and teaching assistant for Ben-Shahar, she worked with him to conduct seminars on positive psychology, introducing current research to the Israeli government and education system.

Two months ago, back in Cambridge, Cohen created an online television show called “UnMiserable.” Inspired by Ben-Shahar’s course, the show seeks to promote happier living in addition to giving people access to contemporary research on happiness. Currently, the project is aimed locally, but she is hoping to gain a broader audience. “I am bringing the academic wealth of research on topics such as self esteem, time management, emotional intelligence, social intelligence, relationships, self actualization, outside of Harvard—or, in Ben-Shahar’s words, out of the ivory tower to Main Street.” Cohen says her  efforts have been well received, and she is working with Comcast to produce episodes that will be aired nationally.

Cohen explains that many Harvard students associate happiness with the accomplishment of the next goal; many spend their time convincing themselves that happiness will come once they do this thing, or finish that thing. According to Cohen, people at Harvard forget to enjoy the little moments that make us happy.

Beyond popular course offerings in positive psychology, the so-called happiness-craze at Harvard functions on a small scale as well. In October, House tutor Christine S. Woodward created a “Happy Room” in Pfoho that has been well received by students. With oceanic murals, beach chairs, and soft lighting, it creates a peaceful atmosphere for students who often get lost in work and obligations. Like Cohen, Woodward wants to remind them that its okay to take a second and relax.

As a graduate student in architecture and design—and a native of sunny California—Woodward sees the importance in designing such a place and advocates “happifying” all Houses. “It’s my job to create and design,” she says, “and with this room, I want to create a happier mindset for students.”