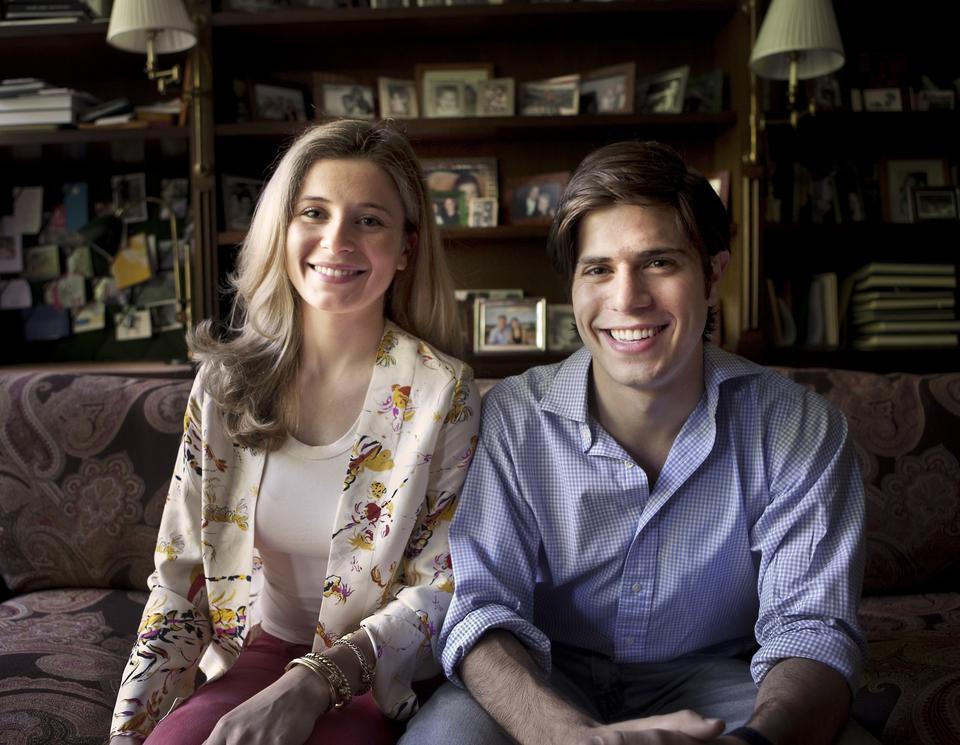 In 2007, siblings Alexa H. Hirschfeld ’06 and James D. Hirschfeld ’09 were in very different places—she was working as ...
By Bari C. Saltman

In 2007, siblings Alexa H. Hirschfeld ’06 and James D. Hirschfeld ’09 were in very different places—she was working as an assistant in network news, he was still an undergraduate at Harvard—but they shared one philosophy.

“[We were] really focused on not having lives that were really awful and conventional,” says Alexa, who had planned to leave her job opening mail to develop a profitable, internet-related business. Yet it was James who called his sister from school and presented the idea of Paperless Post: a web-based company that would allow users to send and track custom invitations with the intricate designs of paper stationary and the ease of email.

“The way he was describing it was really, really detailed,” says Alexa. “It was actually a vision. [I was like] this is gonna be easy, it’s gonna be chic, it’s gonna be big. Let’s just do it!”

Memorial Day, 2007, marked the beginning of Paperless Post. According to Alexa, the siblings—who are also best friends and now business partners—stayed inside throughout the entire weekend, as James focused on designing the end product and Alexa began to develop the website’s interfaces.

Over the next two years, Alexa and James continued to build the business without any outside funding.

“The gestation period was really painful,” says Alexa. “It felt like, is this ever going to be real? We sat in my parents’ living room and we didn’t celebrate any holidays for two years—we both lost a lot of weight.”

In the fall of 2008, the website became live. By early 2009, prominent figures such as Condoleeza Rice were using Paperless Post, and today the site has delivered 40 million invitations.

“None of us could have predicted how it happened,” says Alexa. “People use us for their weddings, their university convocations—you become a part of culture. That’s a big part of people’s lives and it’s actually a really big honor for us. All their memories around that process are stored in Paperless Post.”

Alexa and James continue to work at Paperless Post as Chief Product Officer and Chief Executive Officer, respectively, though they may never have predicted such a trajectory as undergrads.

“There is no such thing as the next Harvard, there’s no emerald city that everyone’s agreed upon is the big thing,” says Alexa. “Seeing what you want from life from the inside out, rather than from the outside in, is the most important thing.”