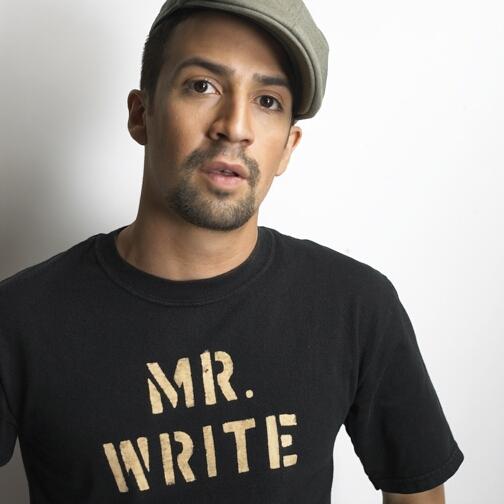 Lin-Manuel Miranda is the Tony Award-winning composer, lyricist, and star of the Broadway musical “In the Heights.”
By Simon A. De Carvalho

Lin-Manuel Miranda is the Tony Award-winning composer, lyricist, and star of the Broadway musical “In the Heights.” FM sat down with Miranda to discuss his visit to Harvard, his career thus far, and his skills with freestyle rap.

1. Fifteen Minutes: What did you discuss in your lecture on Feb. 28?

Lin-Manuel Miranda: I participated in this class [Aesthetic and Interpretive Understanding 31: “American Musicals and American Culture”] last year. It was a very fun discussion. I talked a little bit about the development of an original musical, but I also talked a little about the history of musical theater and the form. I mean, what’s fun about the musical is it’s not one art form—it’s 12 art forms smashed together—and so the development of an original one is always a different route no matter what the show is.

2. FM: What do you hope students here can learn from you and your story?

LMM: That’s a great question. I think that what I have is the unique perspective of someone who has been through it. Like all of you, I went to college—I went to Wesleyan—and I actually wrote the first draft of “In the Heights” my sophomore year in school. I had the sort of dream-come-true situation of someone who wrote a show in school and actually got it up professionally, which does not happen often. So, I don’t feel that far removed from your experience. I feel like my perspective on it is much closer to you guys than it is to the other side.

3. FM: You worked as an English teacher at your old high school while working on “In the Heights.” What grades did you instruct and what are a couple of your favorite books that you taught?

LMM: I taught seventh grade English and one of my two favorite things to teach was “Things Fall Apart” by Chinua Achebe. It was amazing to watch seventh graders grasp it because there is some really tough stuff in it, but once they get their heads around it, it inspires a lot of amazing writing from them. The other one was “A Midsummer Night’s Dream.” The best way to teach any Shakespeare is to get up and do it because they’re plays—they’re not pieces of literature to be read—and so I’d make every kid in the class play a part every day, and we read through the whole play, and it was a lot of fun. So that’s always a real highlight.

4. FM: What was it like to perform your Alexander Hamilton rap for the President?

LMM: Oh, very boring—no, I’m kidding! It was really one of the highlights of my career just to be asked to perform at the White House, much less debut something new and have it be as well received as it has been.

FM: Are there any updates on the Alexander Hamilton mixtape?

LMM: Only that I’ve gotten a lot more of it written and I hope to complete the album sometime this year.

5. FM: Can you talk about “Bring It On: The Musical” and how you approached it?

LMM: The fun of that was that it was really conceived as an original dance musical—I worked with Andy Blankenbuehler on “In the Heights” as our choreographer, and he’s our choreographer slash director here, so we had a shorthand already. And then the other highlight was getting to work with Tom Kitt and Amanda Green; it’s not often that you get to work with other composers and lyricists on a project—usually it’s just me. I learned an enormous amount from this creative team and we’re really proud of the show and its effect on audiences, so I’m curious to see what the future life of it will bring.

6. FM: I read that you were working on an Adult Swim pilot with [your hip-hop improv group] Freestyle Love Supreme—what’s the deal with that?

LMM: The deal with that is that we have a really great script and we’re waiting for approval to shoot it. I wrote a spec song, and some of the other members have written some music for it, and so we’re just sort of waiting for the go ahead to film the pilot. But it’s been a joy to work on—these are guys I’ve literally known all of my twenties, and we all have tattoos together, so let’s try to make a TV show together!

LMM: We all have variations on our microphone logo—I have one on my back.

7. FM: Were you worried that traditional Broadway audiences wouldn’t like “In the Heights”? It’s so different from most things on Broadway.

LMM: I was worried I wasn’t going to get my show on! The odds are so long against you in this business. But I was very lucky in that we had great creative team; we had producers who had done this kind of thing before. They were experienced in taking chances on young talent, from Jonathan Larson to Bobby Lopez to...everybody! I felt in good hands, and my goal was always just to write the best show possible and the rest would hopefully take care of itself.  At the end of the day, you could work eight years on a musical and it could run a day or two days or eight days, so you have to be proud of it. That’s the baseline rule: you have to be proud of your work, because whether it succeeds or fails you’re the one who has to live with it at the end of the day.

8. FM: Did the success of “In the Heights” change your opinion about what Broadway could handle?

LMM: No. I’m not someone who likes to think about Broadway in trends. I know that critics get paid a lot of money to be like “The British Invasion” or “The Ironic Invasion”—you know, they group things. But I’ve seen some very daring stuff on Broadway. I remember seeing “Bring in da Noise, Bring in da Funk” when I was 17 years old and I couldn’t believe what I was seeing—everything from that to “Next to Normal” a couple of years ago. I think there is always stuff that breaks through that someone is willing to spend money on to take it to that sacred bit of real estate on Broadway. Because that’s all it is, it’s real estate.

And there are a lot of amazing shows that don’t play Broadway. I think of “Hedwig and the Angry Inch” or “Tick, Tick...Boom!” or “The Last Five Years,” so it didn’t change my view. I was just really gratified that people embraced our show because it was my baby!

9. FM: You say that one of the biggest influences for “In the Heights” was “Fiddler on the Roof”—how does that work? The two seem so completely different.

LMM: Structurally. They’re similar in that they’re both musicals about a community and a community that is changing. Once we realized that we could learn an enormous amount from Fiddler, because you know that opening number of Fiddler is a masterpiece: it is “Here I am,” “Who are we?” and “How does this world work?” And Tevye takes you through the world—he’s like, “This is my family, these are my daughters, these are the other special people in our village, and then these are the outsiders in the village,” and that’s exactly the setup of the opening number of “In the Heights:” This is who I am; you meet my family first, and then you start meeting the concentric circles increasingly wide around. Their outside force is about the breaking down of tradition; for us, it’s a group of people who all come from different countries but live in this neighborhood. It’s still the same questions of: what traditions do we hang on to? What do we leave behind? What are we willing to sacrifice? And what are we not willing to sacrifice? So, in that sense it’s very spiritually linked to Fiddler in our heads.

10. FM: One of the big messages I get from listening to “In the Heights” is the importance of the values in the song “Paciencia y Fe” [“Patience and Faith”]—to what extent does this influence the way you approach real life?

LMM: That line came out of finding a phrase that would encapsulate Abuela Claudia’s worldview—this is a woman who plays the numbers everyday and then one day hits it. One, it sings really well, and then it became sort of—you know I wrote that song about 2004, it wasn’t in the original version—but it became our mantra for the writing of the show, which took a very long time but required a lot of patience and faith that we would eventually get it right. So, I don’t know—I think it’s pretty good words of wisdom to just sort of have in your back pocket.

11. FM: In “In the Heights,” Nina goes to Stanford and then drops out. Ignoring the fact that she eventually goes back, do you think she would have done better if she had gone to Harvard?

LMM: (Laughs.) Well she would have been closer to home, that’s for sure! It would probably interest you to know that in the Wesleyan version, she went to Yale. And for reasons of real estate and for reasons of people asking the very sensible question of “Why is she home for the first time in a year if she just lives an hour and a half away?” we threw her across the country. That’s really the main reason for picking Stanford. We wanted a really good school that she couldn’t check back in from—we wanted to really distance her from the community.

12. FM: What is your favorite flavor of piragua [a shaved ice drink]?

LMM: I go back and forth—I like tamarindo a lot, because it’s something they’ll never offer in slushy form; it’s like a unique-to-piragua experience. So, tamarindo is good, but if it’s really hot I just like a good lemon.

13. FM: What advice would you give to young and aspiring actors, playwrights, or people generally interested in pursuing theater?

LMM: When I was fighting to write a full-length musical, I really said, “What do I know? And what do I feel like I know how to say well?” That’s the only thing you can do, and if you find a vessel with which to do it, more power to you. Heights was not autobiographical, but was based on characters I felt like I knew in real life. It was fun writing through them, but there’s shortcut to that. If you just want to write a musical and you don’t know what it’s about, I think, first of all, pick a world you think sings or could benefit from singing, and then find a type of music as you’re writing that either meshes with that world or is so different from that world that it’s interesting. That’s about all the advice I can give you. That’s where I started.

14. FM: This is risky, but I’m going to ask it anyway: can you come up with a little two or three line freestyle about your trip to Harvard on the spot?

Going to Harvard despite the high cost /

FM: So the question is: who has more street cred, Lin-Manuel or Jeremy Lin?

LMM: Oh, sports is always going to beat theater in street cred any day of the week. But he’s awesome. I’m really proud. It’s the first I’ve followed the Knicks since, like, Patrick Ewing days, so I’m really happy he’s breathed life into our team. So thanks, Harvard!