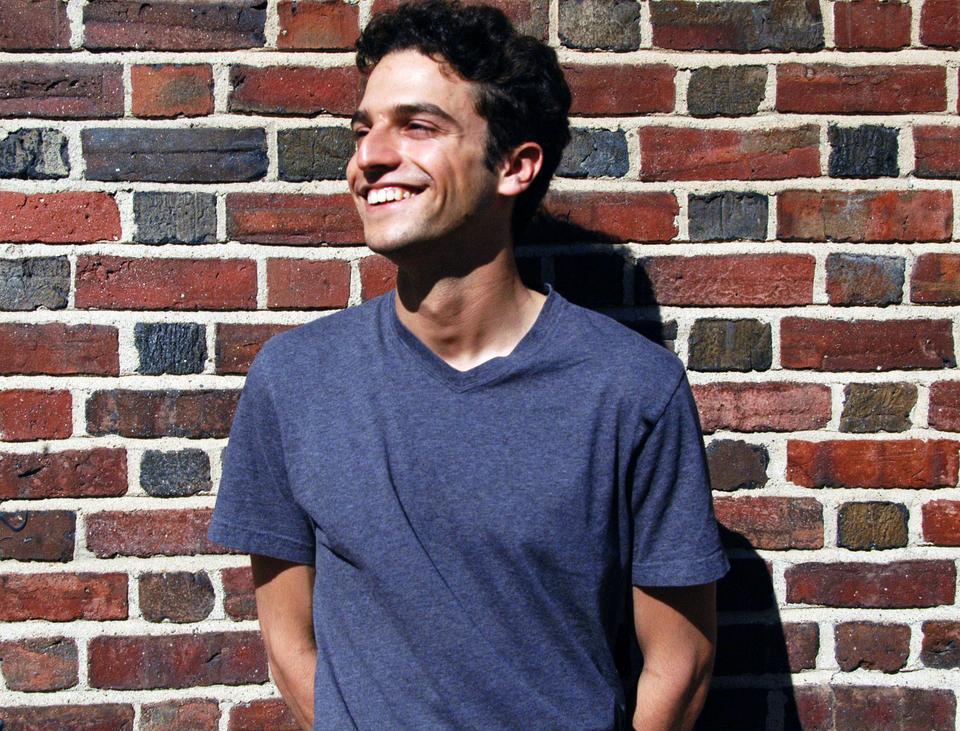 The Pizza Hut stands across from the gated Giza Pyramid complex, next to the "Beauty Perfume & Papyrus Palace."
By Noah S. Rayman

The Pizza Hut stands across from the gated Giza Pyramid complex, next to the "Beauty Perfume & Papyrus Palace." The company icon, store layout, server uniforms (red and black) are all familiar. Even the menu items are identical—mostly—except for some rare exceptions: pepperoni, which isn’t halal, is absent from the toppings list, and I've never seen a beef shawarma pizza in the U.S. But I'd never actually been to a Pizza Hut, so it was all new to me.

I was in Egypt with Charlie, a friend from school and my roommate in Cairo, working at a newspaper for the summer, and we had made the trip out to the pyramids as soon as we had a day off from work. We too were tourists. After exploring all morning in the 104 degree heat, we took a lunch break at the Pizza Hut across the street. Until then, the King's Chamber at the center of the Great Pyramid had been our only refuge from the sun and the army of unofficial tour guides and memorabilia salesmen wandering that corner of the unfriendly desert.

The Pizza Hut was upstairs from the KFC (fried chicken, we'd decided, was too heavy in this weather) and faced the Giza Necropolis. We sat down at the window in the air-conditioned room and ordered a cheese pie with cheese-stuffed crust, bread sticks, and two Cokes. When in Rome.

The window framed the entire Giza Plateau. Immediately below, the taxi driver who said he would drive us back to downtown Cairo "for cheap price" stood, waiting for our exit. In the foreground, the Great Sphinx eyed the Stuffed Pizza Rollers at the table next to us.

Behind the statue, we could just make out the helipad for VIP visitors beside one of the Pyramids, where Charlie and I had slumped with an overpriced bottle of Dasani water. In the distance, as Shelley would say, the lone and level sands stretch far away.

An hour earlier, Charlie and I had entered the inner chamber of the Great Pyramid. The oldest (and only surviving) of the Seven Wonders of the Ancient World, the Pyramid was built as a tomb for the fourth dynasty Pharaoh Khufu and completed in 2560 B.C. We visitors entered through the "Robber’s Tunnel," ascended the angled Grand Gallery—some 150 feet long—and arrived at the King's Chamber. The granite room was bare, save a partly shattered sarcophagus at one side. Charlie flashed his Blackberry into the tomb. I checked to see if I had service.

But by now the waitress had arrived with our pizza, bread sticks, and soda. She asked us kindly, and in perfect English, if we wanted anything else. Sending her off with a broken and smile-ridden "kol tammam"—all's good—we turned to our meal. I peeled opened my Coke with the pull-tab, different from American stay-tab can-opening mechanisms but resulting in the same familiar and comforting swoosh.

Reaching for a slice, Charlie raised the inevitable question: how could an ancient civilization have constructed such behemoth structures? Answering himself, he recalled the conversation with our taxi driver a few days before.

The man had explained that everything we'd been told about the pyramids' construction was wrong, forcing us to conceive of the Disney Channel as something other than absolute Fact.

"You will see," he said, "the bricks are too massive, the pyramids too tall."

"Then how were they built?" we asked.

The driver mulled the question over in his head, for a moment—perhaps formulating the English translation: "Tall people."

The steaming, greasy, cheese-filled crust sagged as we ate the slices New York-style. "Man," I said to Charlie, "I wish there was a Pizza Hut in the Square."

That evening, we passed through Tahrir Square. People were selling t-shirts for the revolution. Protests would pick up later that month.

There’s a Pizza Hut there, too, but we never went.

—Noah S. Rayman ’12, former Associate Managing Editor, is a Social Studies concentrator in Winthrop House. Of the two articles he has written for Fifteen Minutes, both have been about Egypt.