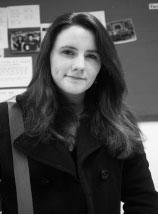 The start of our night could have come straight out of one of Non Sequitur’s “Famous Last Words” strips. The ones where the last phrases people utter before they find themselves six feet under are etched on gravestones over their heads for all eternity: “Let’s go on an adventure…”
By Lily C. Sugrue

The start of our night could have come straight out of one of Non Sequitur’s “Famous Last Words” strips. The ones where the last phrases people utter before they find themselves six feet under are etched on gravestones over their heads for all eternity:

“Let’s go on an adventure…”

It was the ellipsis. That should have been enough to tip us off. There is no grammatical structure in the world more dangerous than an ellipsis. It is, after all, the invisibility cloak of the English language. An audible dot, dot, dot…and no one knows what’s happening. Besides, we had more important matters on our mind. Boredom is all consuming.

Arm in arm, the three of us sat on the common room couch. Our heads lolled against the plain white wall behind us, eyes rolled back in our heads from the sheer exhaustion of a week spent immersed in the busy endlessness of life and schoolwork. It was 10 p.m. on Friday. We were in college. Everyone else in the world had either gone out or gone to bed.

Not us though. Too tired to go out, too stubborn to go to bed, there we sat, stewing in our discontent. Until it started up: the thinking.

It was early December. We had on fleeces but no coats, hands but no gloves, heads but no common sense. And so we kept walking until we ended up at MIT. Because around here no matter which way you head you will eventually end up at school—maybe not your school, but school nonetheless.

At MIT, we ended up at one of those outdoor staircases. The ones that are made out of concrete with shiny, steely smooth handrails running down the middle for grasping onto. In that instant, when we saw that handrail, all three of us had the same thought. All at once, we reverted to being nine years old again.

I once promised my mother that I would be as much a child at 90 as I was at nine. It was a warm day, and I had been picking forget-me-nots, which I still called “forgive-me-nots” at the time—one of those last childhood idiosyncrasies I was slow to give up. The morning had been spent on the backyard swing set, the afternoon skipping around, climbing the plum tree and chasing our cats while my mother gardened. It was a day of simple delights. Was this not all that life had to offer? That senseless, inexplicable, unstoppable joy of childhood, I decided, would be my own measure of success. If I could still call that sense of wonder to me when I had a stooped, crooked back and salty grey hair, I would have lived as I should.

Now, my two friends and I stood at the top of the stairs, looking at each other for a good quarter of a second before we lunged, each one of us grabbing for the top of the handrail. I got there first, I think. To be honest, I don’t remember. It didn’t matter. What matters is that we slid down that handrail and raced back up those stairs again, over and over and over, giddy with the novelty of it. For 10, 15 minutes we just kept going and going. What matters is that I was nine years old again. What matters is that our hands were so cold when we stopped that they were shaking and we had to shove them into our coat pockets so we could push forward, because there was no way we were going back after that.

We pressed on, and soon found ourselves at the Harvard Bridge. The whole bridge is 364.4 Smoots plus or minus one ear—to use the unit of measurement invented in a historic 1958 MIT prank—and we only made it through the first 180 before the race started. One of us broke ahead, and the other two chased, arms pumping, fighting for air, pushing ahead, scrambling, dissolving in laughter. We shed our 19-year-old selves again as we collapsed into each other, wheezing from cold and carefreeness. We were so out of breath that we had to walk all the way back across and start trekking home along the Charles, intoxicated by life and adventure.

Noses dripped; hands shook with the cold. It was long past midnight. At last we sensibly headed home towards sleep and maybe a cup of hot chocolate. The night was done and life was good.

Then, we saw the shopping cart, idling alone under a single low lit street lamp. It sat sweetly between a playground and an empty parking lot of smooth black asphalt. It beckoned, it begged, it pleaded. It drew us round in a worshipful circle. Within a minute we were pushing each other in it, taking turns, climbing in and out, seeing how fast we could go, toying with the line between perfect freedom and perfect insanity. We may have crossed it, I can’t really say. Here we were. Life was ours.

And then it wasn’t. We lay sprawled across the asphalt. Knees in shreds, elbows the color of tomato paste, eyes beginning to tear, starting to lose that Mad Hatter gleam they’d been hinting at all night. Beside us the cart lay upturned, wheels still spinning treacherously. We got up gingerly, arms around each other, grimacing slightly, grinning wide.

Three hours and we’d lost 10 years. 30 seconds, and we had them back again. Aventure, as I said, is a dangerous, dangerous creature. At 19 years old, we had been nine for the night, and scraped knees were all we had to show for it.

Lily C Sugrue ’16, an FM staff writer, is a first-year living in Straus Hall. Her favorite song, funnily enough, is not “We Are Young” by fun.