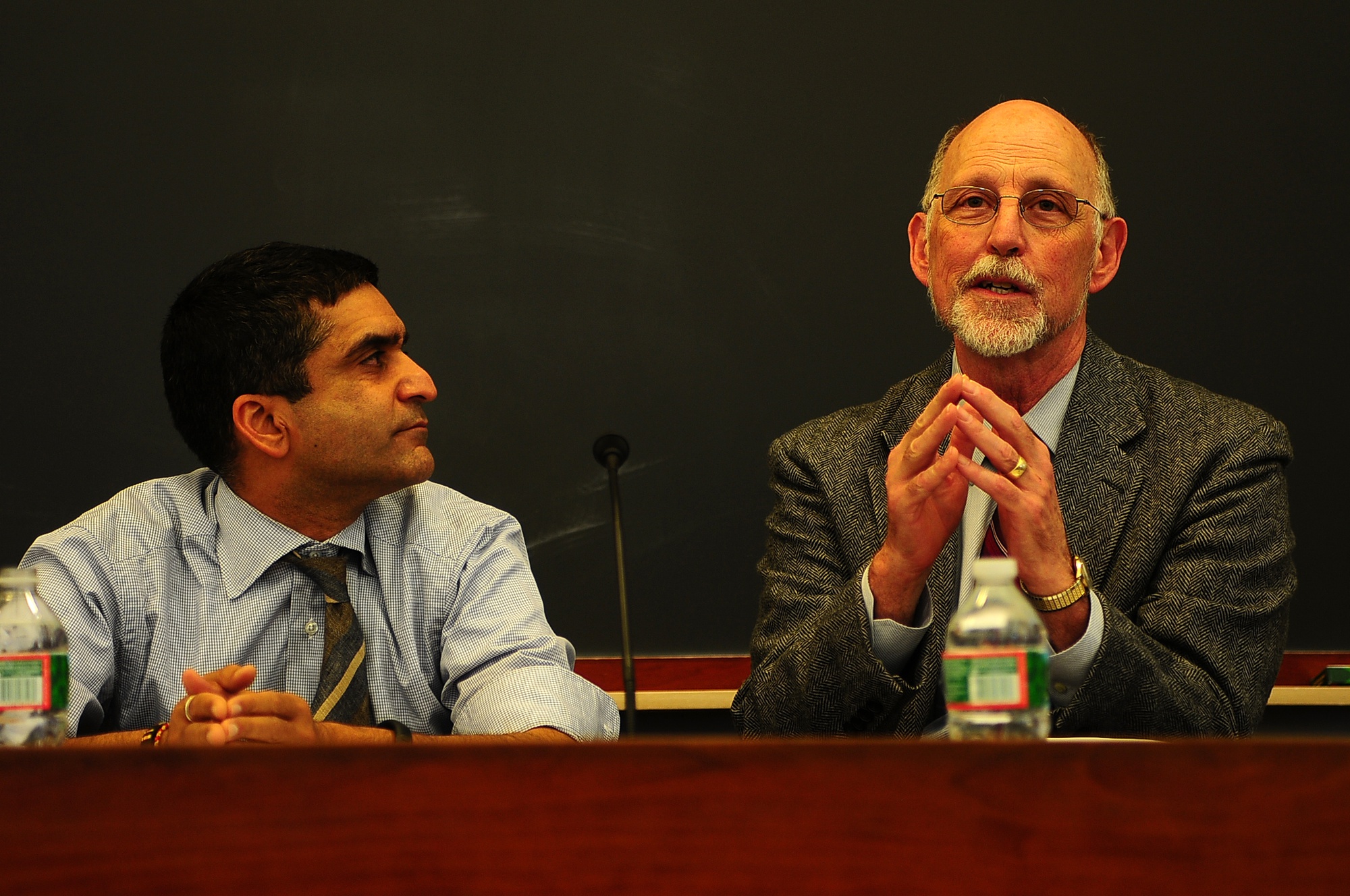 Rakesh Khurana, Co-Master of Cabot House and a member of the Academic Integrity Committee, will serve as the next dean of Harvard College, effective July 1, Dean of the Faculty of Arts and Sciences Michael D. Smith announced in an email to the FAS community early Wednesday afternoon.

Khurana, 46, will succeed current Interim Dean Donald H. Pfister, who took the helm of the College after Evelynn M. Hammonds, who served as dean from 2008 to 2013, stepped down from the post in July.

Khurana and his wife, Stephanie R. Khurana, will continue to serve as co-masters in Cabot after he takes on the deanship, Smith wrote in the announcement email.

“Rakesh’s style of leadership is distinctly inclusive; he understands the importance of listening and looks forward to engaging with the faculty and the College,” Smith wrote.

Khurana has served as Cabot co-master since 2010 and additionally serves as a professor at Harvard Business School and a professor of sociology within FAS. In his time as a College administrator, Khurana has sat on multiple committees related to College policy, including the Academic Integrity Committee—which proposed Harvard’s first-ever honor code last April—and the College’s alcohol policy committee, which he co-chaired. He also served on the University’s electronic communication policy task force, which was commissioned by University President Drew G. Faust last May and is expected to submit its recommendations to her by the end of January.

In a phone interview Wednesday, Khurana said that he is “really looking forward to working with the faculty and the staff and the students, hear[ing] their ideas, spend[ing] time with them to understand where they see opportunities for the College.” He added that he hopes to benefit from what Pfister learned in his time as interim dean. Khurana spoke from Davos, Switzerland, where he was moderating a panel at the World Economic Forum.

Although Khurana did not attend the College himself, he said Wednesday that “one of the benefits of being a House master is that you get some window into student experiences.”

"The hope is that…being House masters will allow us to have a strong sense of student needs and commit that easily with the long-term policies that the College is operating under,” Khurana said, later adding that "it was really important for us to remain House masters.”

Khurana said he will no longer have teaching responsibilities at HBS, however, once he fills the deanship.

Advisory committee member Howard M. Georgi ’68, a professor of physics and Leverett House Master, said that he was pleased that the new appointment is familiar with the intricacies of the House system.

“I think I speak for all the masters when I say that this is fantastic,” Georgi said. “We had lots of great candidates. But Rakesh is special. I thought [he was] the perfect candidate.” Georgi added that he was happy that the Khurana’s would remain in Cabot House.

“I think it’s a great appointment,” he wrote in an email. “There was really enthusiastic support for Rakesh across the board.”

Khurana will assume the deanship exactly a year after Hammonds vacated the post, which came several months after revelations that administrators had secretly searched the email accounts of resident deans after internal Administrative Board communications related to the cheating scandal investigation appeared in The Crimson. Hammonds then admitted at last April’s faculty meeting that she had authorized a second set of searches without the necessary permission, breaking faculty email privacy policy. Although some have suggested that the searches led to her departure, Hammonds has said that it was “not a motivating factor” in her decision to step down.

Khurana’s appointment also comes amidst a College-wide discussion about academic honesty roughly a year after the conclusion of Harvard’s largest cheating investigation in recent memory. As dean of the College, Khurana will chair the Ad Board, the College’s primary disciplinary body, as debate about academic integrity and an honor code continue.

Khurana is one of several members of a subcommittee of the Academic Integrity Committee that convened this fall to begin the honor code’s drafting process, according to Terah E. Lyons ’14, another member of the drafting committee.

Pfister told College students in an email Wednesday that he would “be back in touch soon” about opportunities for students to meet his successor.