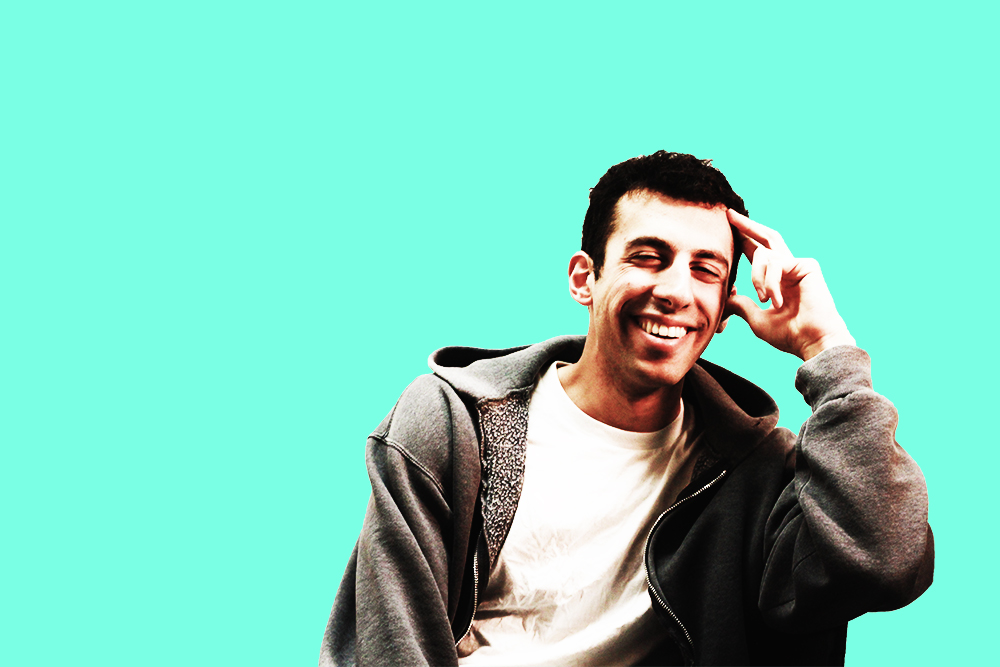 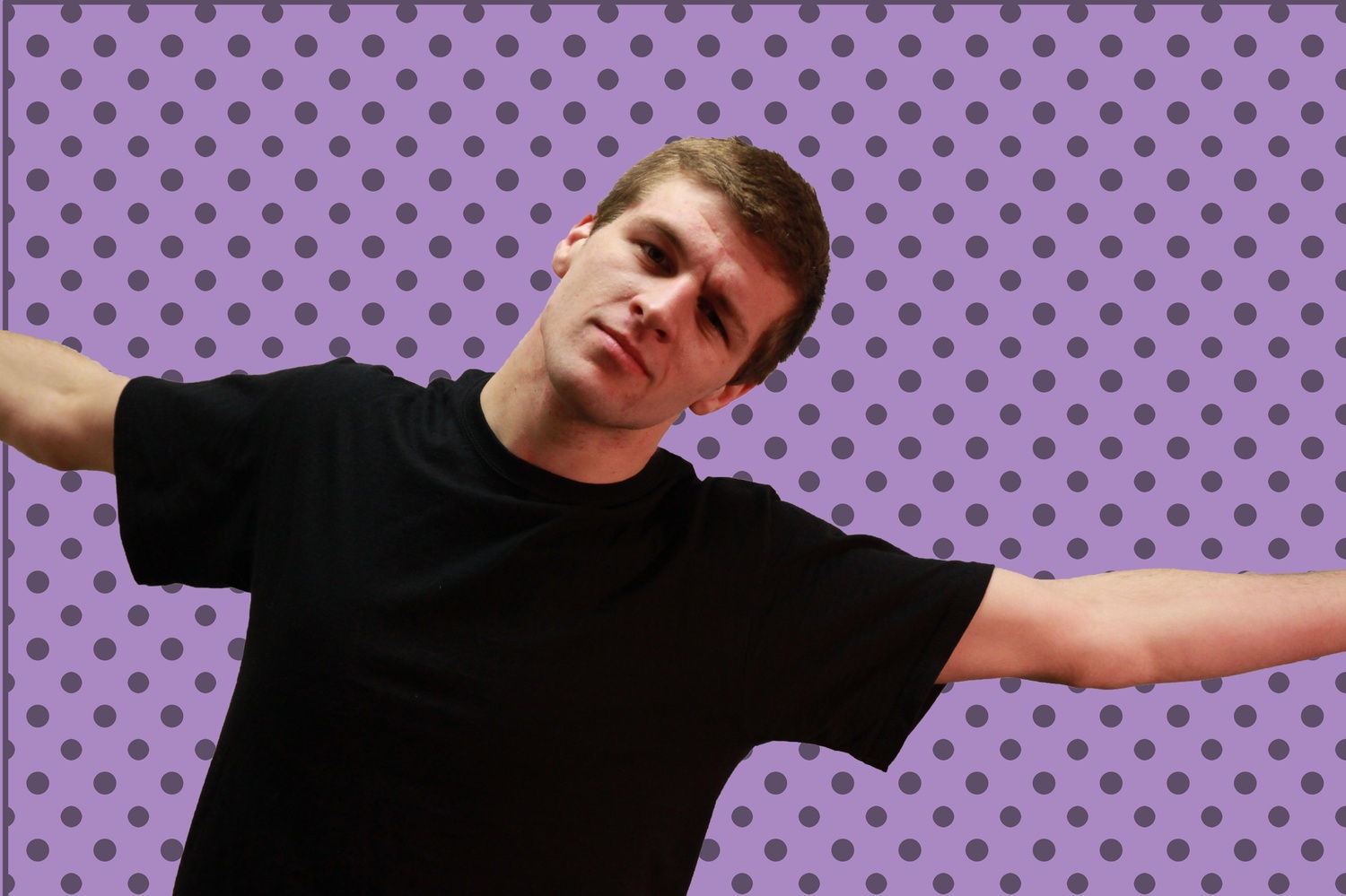 Manuel I. “Fox” Morone ’14 is showing me to the music practice room in the Mather House basement where he practices his stand-up comedy. It’s through a maze of passages off from the dining hall, and while we walk, Morone—an inactive Crimson news editor—tells me about an awkward moment at Café Algiers. He was on a date, he’d sat behind a pillar in the room’s strange architecture, and while his date was away from the table, he’d run into a girl he’d earlier told he was interested. It’s a funny story, and I’m asking him what happened next when he and I reach the practice room.

I wake up to an email from Fox the next morning. It’s a two-paragraph analysis of the Café Algiers anecdote as an example of the story-based humor that makes up his stand-up sets. “I kind of guided you through the space so you knew what I was seeing,” he writes. “If I don't do it so that you feel genuinely acquainted with my thought process, there won’t be laughs. ‘It’s funny because it's true,’ but mainly because I've made it true after bringing you into my world.”

“I'm gonna be honest, though,” he adds. “I feel like sort of a dick deconstructing all this, like ‘This is my art.’”

Morone uses the term with irony, but his and other Harvard comedians’ discussions of stand-up reveal the complexity of the craft. Their comedy involves a writing process where character and psychological direction are key, but it’s fine-tuned only through performance. It is as Morone describes it—“‘art’ or whatever.”

In the hallway of Morone’s Mather suite, there’s a black-and-white photo of him smiling sweetly at the camera. On it, one of his four roommates has written in colored Sharpie the Nietzsche quote “Love is blind; friendship closes its eyes” and attributed it to Peter Gabriel.

I sit with Morone and Anthony H. Zonfrelli ’14—on whose door the resident tutor-designed nameplate has also been changed to read the former Genesis singer’s name—in Zonfrelli’s room. They’ve been roommates since freshman year, when they both became interested in stand-up. Morone’s performed for his entire undergraduate career, while Zonfrelli started only during his senior fall. “Everything I wrote on my own I felt sucked,” Zonfrelli says. “It wasn’t until I started finding a style that worked for me that I started feeling more comfortable.”

They’ve both worked to develop their styles—the types of jokes they tell, such as one-liners or longer stories, and the tone or character of their delivery. Their styles are very different, they tell me. “I’m like, the really cool kind,” Fox says.

The long stories Morone writes involve finding the irony or illogic in everyday situations. “If I see [a situation] like that, I’ll be like, ‘this is definitely funny, but why is it that?’” he says. “The number one thing, it’s to be able to see something in a situation and then be able to make your thought totally clear to the audience.” This effect, he explains, is produced through a kind of psychological duplication—he uses pacing, side stories, and demeanor to teach the audience his thought processes, so that they anticipate and understand his commentary. “That’s the hard part with these stories. It’s not just about the jokes,” he says. “It’s about, ‘I need to think the way you’re thinking,’ and that’s hard.”

Zonfrelli’s sets comprise standalone one-liners, verbal jokes with literalisms and double meanings or situational setups with surprise endings. (“Paraprosdokian. My jokes are paraprosdokians. That’s the word,” he texts me later, with a Wikipedia link to the rhetorical term derived from the Greek “against expectation.”) His inspiration is Anthony Jeselnik, who in an interview articulated the idea of “third thought”—that in one-liners, the setup should end with neither the logical conclusion nor the clearest twist, but the next, completely unexpected one.

His stand-up character, like Jeselnik’s, is dark—even disturbed—so the effect is “creating a distance” from the audience, Zonfrelli says. “After the end of each joke, I have to somehow pull them back and be like, ‘No, trust me!’ and then shatter it.”

The pursuit of a definitive style is restrictive to some comics. Andy Kindler, a professional comedian who performs regularly on “The Late Show with David Letterman,” thinks of comedy as deciding what parts of one’s personality to present to the audience. In 28 years of performing solo, he’s shifted his subject matter in tandem with changes in his life. He’s currently lauded for his critiques of other comics and the entertainment industry, which he began when he turned to comedy full-time and “that became [his] reality.” He also adjusts his approach according to how audiences react to various aspects of his personality. “I never really picked a style. I just tried to be funny,” he says.

The delivery of a comic’s set is meant to create a certain illusion—that this is the first time the comic is telling these jokes, though he or she has reused and rehearsed them dozens of times. “It is very much a performance art that people don’t really think about,” Morone says. “It’s really like a mental manipulation. The whole thing is founded on lying to your audience, making your audience think that you’re doing these things for real.”

This is where watching comedy comes in, Zonfrelli and Morone say: it helps them internalize the stage presence and intonation of established comics. Further, it is useful in developing a style to study comics who work similarly; Zonfrelli listens to Jeselnik on Spotify before performing. “I’ll listen to his timing, I’ll listen to his pacing, I’ll listen to just the inflection he has as he delivers punches. Then it just gets me thinking about [performance] in terms of a comic instead of a guy who’s going to go up and talk to people,” he says.

Zonfrelli and Morone agree that inspiration for a joke can come at any time, anywhere. “I like to think that people who like comedy notice the funny parts of life as they go around, and the comics are the ones that write it down,” Zonfrelli says. He and Morone—like several other campus comics I speak with—have a running list of joke ideas compiled in the “notes” function of their smartphones. They conversely find it difficult to sit and come up with jokes on command. “I have several Word documents of the least funny shit,” Zonfrelli confesses.

Kindler says the same is still true for him. “For me and for most people I know, it’s impossible to sit in a room and produce humor,” he says.

“I guarantee—I feel like the guy on TV saying ‘No money down!’” he continues. “I guarantee that any comic will be 50 percent better almost immediately if they do one thing that I do that most comedians don’t do, which is: every time something funny happens in your mind, and you think it’s funny in that moment, write it down.” 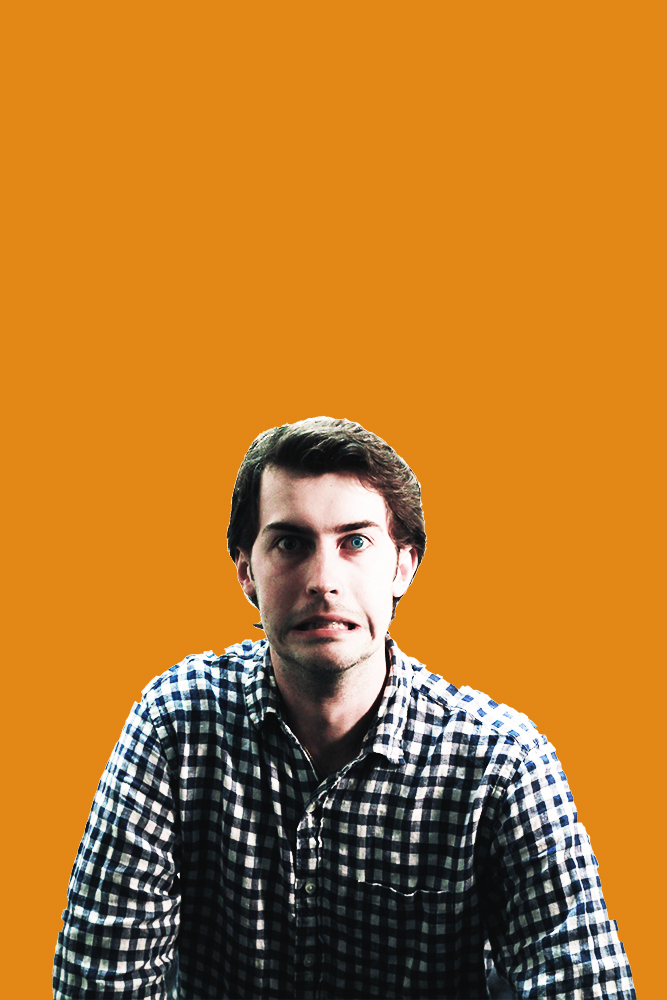 The Adams Upper Common Room is full. It’s March 25, and the audience has assembled this evening for the first stand-up comedy night organized by Harvard Speaks, an organization that promotes public speaking by undergraduates. The first comedian, Dan J. Fitzpatrick ’15, checks the microphone stand—the mic is missing.

He launches into his set without it. “I think we should basically treat the zipper like a form of male cleavage. You just adjust the gap to the appropriateness of the situation,” he proposes. “‘I really want to show Kate that I care.’ How do you get out of that friendzone? You unzip your chinos all the way down.”

He and Carina M. Livoti ’14, who also performed at Harvard Speaks, sit with me after the show. The writing process, they tell me, is only where their material starts—it’s impossible to improve it without performing for audiences. Their jokes exist in a state of endless evolution, changing with the crowd’s reception. “We’ve both been doing the same jokes for several years, but they’re far from what they started out as,” Fitzpatrick says. “You’re always cutting bad punchlines or adding new things.”

Improvisation on stage can lead to entirely new jokes. Kevin E. O’Donnell ’16 is unable to practice stand-up off stage, he says—but in a kind of reverse stage fright, he is uninhibited on stage, and his set works. In a recent performance, he improvised a transitional line that he says got him one of his set’s biggest laughs.

“I was like, ‘Maybe that means my jokes are shitty,’” he adds.

Performing frequently is not the only factor important to improving as a comic—seasoned professional Kindler emphasizes performing for different audiences as well as performing often (nightly, he recommends). “When comics start and they stay in a small town for too long or only have stage time in a city that has one club, it’s hard to develop,” he says.

The Boston area provides that diversity—student comics have performed in local clubs including The Comedy Studio and ImprovBoston, community events like Harvard’s annual Arts First festival, and student-organized shows. Within the college, though, the lower pressure and array of comedy organizations is creatively liberating. “That’s the beauty of college,” Livoti tells me. “[There are] stand-up organizations where we can organize our own shows and people will actually show up, so you can try out lots of different things. I did something in a ghost costume once.” 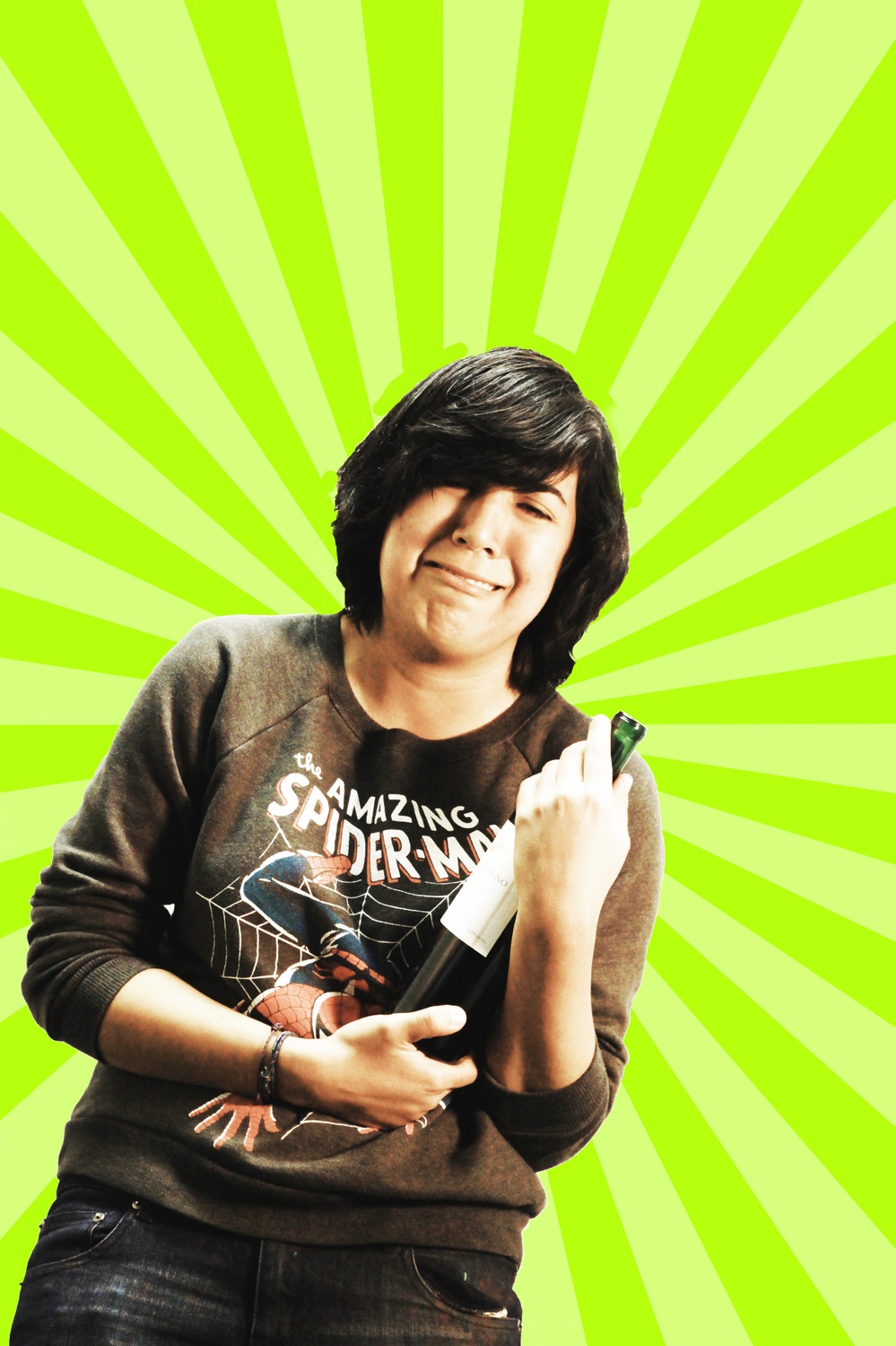 The meetings give members the chance to present three minutes of comedy and receive critiques from the group. This evening, Devon M. Guinn ’17 gets up to tell an anecdote about overhearing someone in line outside a party that she “would rather take a butt swab” than continue waiting. “I’m not weird about it, but I have a pretty healthy fear of things getting stuck in my butt,” Guinn says.

“I liked it, but you say stuff a little too quick. You could benefit from pausing at points,” Morone tells him when he finishes.

“Last time you told me not to be so scripted, so I tried to be less scripted,” Guinn says.

There’s laughter, and the other members give Guinn advice about which lines to turn into punches, or elaborated upon and made into new jokes. They applaud when he sits.

This is what HCSUCS provides for campus comics––the opportunity to test their material in between writing it in their iPhones’ Notes and performing it for an audience. “When you’re onstage, a joke either succeeds or it fails,” HCSUCS member Julia N. Becerra ’16 says. “In the meeting, it’s whether people laugh or not, and then they’ll give you feedback.”

The group’s membership has grown in recent years, from six comics in 2010 to about 25 presently, HCSUCS co-president Fitzpatrick estimates. Becerra joined this year. She appreciates the generosity of the other members’ critiques—as well as analyzing her comedy, they contribute new jokes to her set. “Everyone works together to make [each] person’s set better. That’s the idea,” Becerra says. “There’s no coveting of, ‘Oh, I made that joke, you can’t have it!’”

The Harvard comedy community is more than a helpful feedback mechanism for Becerra—it’s why she decided to pursue stand-up. In high school, she had no exposure to comedy as an artistic discipline or the focus of an organization, she says. Working with comedy aficionados in college introduced her to the craft and to a community that would help her improve. “It’s really not what I expected because everyone’s so knowledgeable about something that you’re never taught in an official way,” Becerra says. “I realized that you could really look at it as an art and work on your craft. It’s very cool.”

—Staff writer Austin Siegemund-Broka can be reached at austin.siegemund-broka@thecrimson.com.