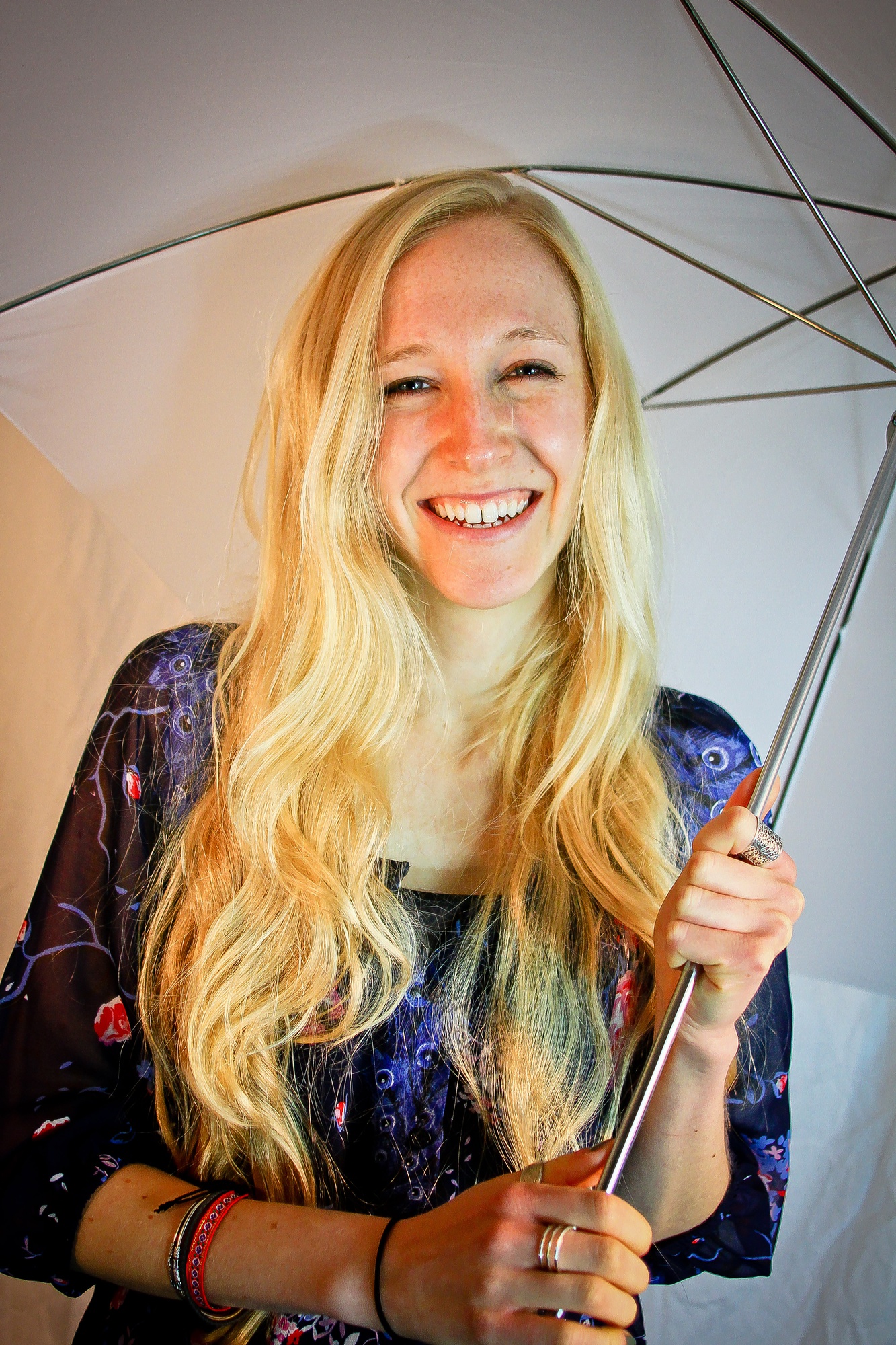 Delphine Rodrik '14 is a History and Literature and Near Eastern Languages and Civilizations concentrator in Cabot House. She is proud of her strong stomach, except for at Grand Elections.
Advertisement
Advertisement

I’d always wanted an older sibling, preferably a brother: someone who’d probably beat me up but also teach me how to win my own fights, who’d fill me in on older kid secrets so I’d always be ahead of the game.
By Delphine Rodrik

I’d always wanted an older sibling, preferably a brother: someone who’d probably beat me up but also teach me how to win my own fights, who’d fill me in on older kid secrets so I’d always be ahead of the game. Instead I got Odile, my clone only two years younger, who would be louder and funnier and perpetually misidentified as the older one. There are some photos of me smiling over her crib when she arrived home from the hospital, so I must have been happy about the prospect of sharing attention and toys. But she loves reminding others of how frequently I used to drop blocks on her head. (As if she can even remember that, I say. And she turned out fine—a few glitches here and there, but overall quite good.)

Odile and I got closer when I drove all of 20 minutes down the street for college. She happily took over my room, and I “accidentally” took some of her clothing, which she still thinks she lost. This short distance was perfect for our relationship: close enough to see each other when we wanted, like at J.P. Licks where a college friend of mine mistook her for me, but far enough to ordinarily avoid these mishaps. No more forced sharing; no more stray blocks. I didn’t look back.

I assumed I didn’t have to—I wasn’t really going anywhere. By necessity, I’ve always been comfortable with distance: My family lives scattered across continents, and I get restless too quickly in one place. The idea of really leaving home would have seemed more weighty, of course, and might have made me turn back, briefly, before carrying my last box out the door in late August, calling over my shoulder that I’d see Odile soon.

It’s something that my grandmother always said, as my family rolled our suitcases out of her apartment at the end of our summer visits to Turkey. “Look back,” she would say. “It means you’ll come back.” It felt like abandonment as she stood frozen at the top of the staircase, waving while we circled down the old flights and out into the Istanbul street, to be swept across the ocean and back home. Even from below, we knew to listen to her calling still from the open window, when we would all look back once more.

I never liked thinking about the possibility that returning each summer might one day not be an option, that it had to be ensured. Looking back when I traveled became a habit of mine. No matter where or how I leave—a train station, an airport, a bus stop—I look back as the ground glides away. Most of the time looking back doesn’t actually provide a view of what I’m leaving, only rows of seats or unfamiliar passengers. But that doesn’t matter.

The idea is not that I’ll come back, I think, but rather that there’s a place known and worth coming back to—something that stays the same, stable and stationary. That my grandmother’s apartment will always have its glass doors propped open, that the rooms they lead to will always have her and us in them.

Those doors were always slamming shut suddenly in the wind, I remember. These things change when you’re not around, whether you look back or not.

Suddenly, for instance, you have a brother who’s nearly seven years old, who’s growing up without you always around. Deniz reminds me of this as soon as I arrive at Newark airport this spring break: “You forgot my birthday!” he insists. I tell him that of course I know it’s next month, that it hasn’t happened yet, but he remains concerned that I haven’t even mentioned it.

When I was 15, I was unsure of exactly how to think about my new brother. I thought back to the expectation of sibling wisdom I imagined an older brother would impart upon me. When Deniz was my age, I realized with horror, I’d be 30. Would I be able to live up to my own demands? I was so nervous when I went to meet him at the hospital, no blocks in hand, that I felt sick to my stomach. I already felt distanced, so far away.

Unlike me, Odile and her motion sickness are not keen on distance. She usually asks whether I have a spare bag before the plane even takes off. But we’re closer in transit because of this. It’s one of the only times she lets me act like her older sister: I rub her back while she throws up, and she makes no objections as I discard the evidence and bring her the next bottle of water.

This spring break’s family trip is no exception for Odile, who is unsurprisingly sick. I go with her to the hospital on the second day; we return laughing with four prescriptions and orders to eat cautiously. At restaurants, we order the same kids’ meals for both Odile and Deniz: plain pasta with no sauce, not even butter. Cars and trains are put off the agenda indefinitely.

Unfortunately, we can’t avoid planes. In the airport before our return flight, I think about the past week of nearly perpetual travel, of unending motion sickness. Odile, Deniz, and I are all returning to different cities and different states. I wonder whether I’ve underestimated distance all along.

On the plane, the three of us make a show of preparing for take-off together. Deniz is still in awe of flying, which provides a distraction from Odile's nerves. So the three of us hold hands and look forward, as if we’re the pilots the whole plane depends on.

“Let’s do this!” Odile says, for Deniz’s benefit.

“C’mon,” he replies. “Is that all you’ve got?” Odile and I look at each other, wondering what other expressions he might have picked up from TV shows. “Let’s light this up like a fire!” he suggests, his still-small voice rising. Then, to our confusion: “Let’s crack this open like a flame!”

We try to hide our laughter. “No,” Deniz continues, sensing it, “that wasn’t good enough.”

“I know,” I offer. “Let’s light this like a birthday cake candle!”

“Ohhh,” Deniz grins, anticipating his own new year, eagerly awaiting the time before then to rush past. “That’s good!”

The plane is moving on the runway now, and, of course, I make myself look back.

It’s only for a few minutes—confined within the impossible, momentary security of accelerating to 600 miles per hour—that we keep holding hands. Deniz eventually lets go to search for the bag of M&Ms and Kit Kat bar we’d stolen from the hotel. Odile follows suit, deciding she feels okay.

The on-screen flight tracker lists nearly 8,000 miles to our destination—a long ways to be up here, traveling, and enough time to realize that, when I look back, it’s not places I’m looking to at all.

Delphine Rodrik '14 is a History and Literature and Near Eastern Languages and Civilizations concentrator in Cabot House. She is proud of her strong stomach, except for at Grand Elections.