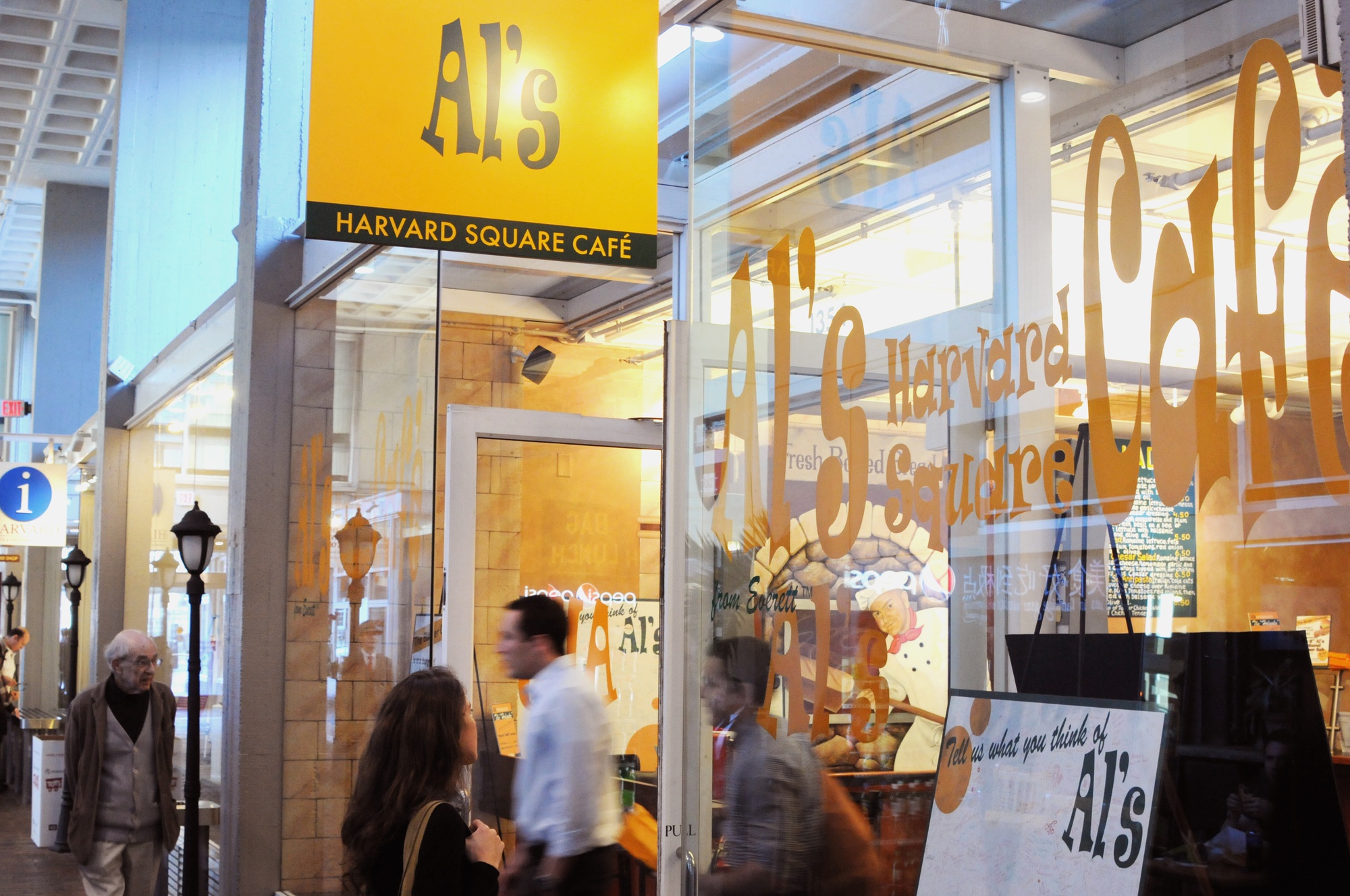 A woman looks into Al's Cafe in the former Holyoke Center. Al's fate remains uncertain with the transition of the building into a new campus center.
By Sharon Yang, Crimson Staff Writer

Some students reacted strongly to the news that Al’s Harvard Square Cafe and the Harvard Square location of the Clover Food Lab would be among the several businesses vacating the Smith Campus Center over the next few months.

During their years in the Square, both Al’s and Clover have become popular local institutions, and their forthcoming departure because of planned renovations to the Smith Campus Center caused a stir among some students. 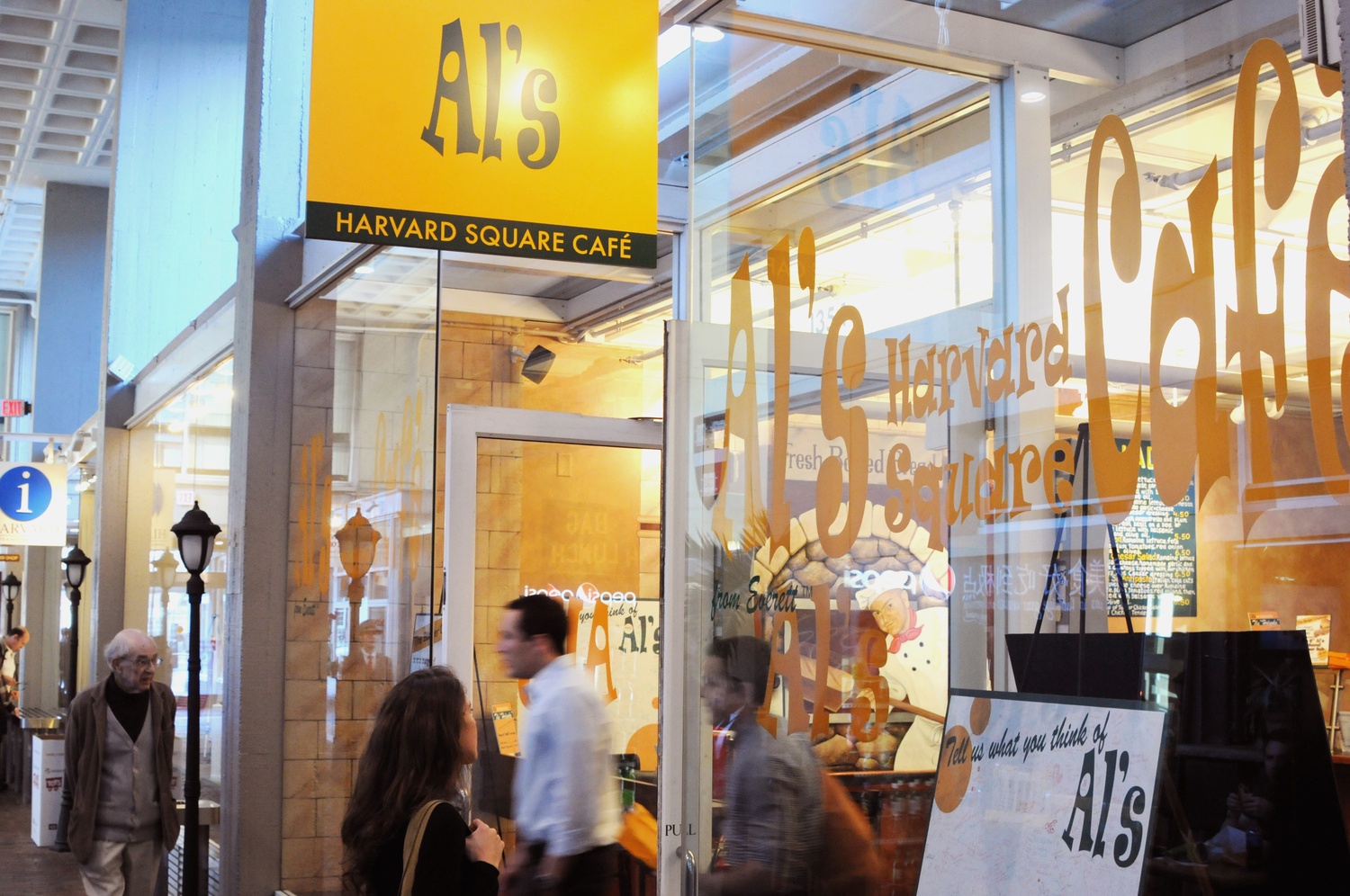 This 2013 photograph shows Al's Harvard Square Cafe, which is one of several businesses in the Smith Campus Center scheduled to close due to upcoming renovations. By Alexander L. Jaffe

For Sarah S. Fellman ’18, the news that Clover was one of many stores slated to close by early 2016 came as a surprise.

“I am so, so sad that Clover’s closing,” Fellman said.

A vegan herself, she praised the wide selection of fresh, vegetarian options, including her personal favorite item on the rotating menu, the chickpea fritter sandwich.

Fellman also cited Clover as an ideal place for meetings. “It’s got a great location close to everything,” she said. “Plus, I can even bring my non-vegan and non-vegetarian friends with me.”

However, not all students’ memories of Clover were as fond.

“I walked into Clover, and as someone who is from Los Angeles, I assumed they would have healthy and nutritious options, but was sadly met with nothing,” Jack H. Stone ’19 said. “It was all unhealthy vegan fare meant for the cheap Massachusetts palate.”

Albert B. Corvah ’18, a Crimson business associated, said he lamented the imminent loss of Al’s as a convenient lunch option that served impressively sized sandwiches. Corvah, who typically goes by “Al,” said he likes to joke that he shares a name with his favorite sandwich place in the Square.

“It was pretty disheartening,” Corvah said of the impending closure of Al’s. “I had an emotional connection with Al’s.”

Corvah, whose go-to sandwich at Al’s was the hot chicken parmesan sub, recalled his first time at Al’s, when he was just a senior in high school.

“I remember taking a picture of [Al’s] when I came here during Visitas. Everyone was thinking that I had started my own restaurant,” he said.

It is still unclear which, if any, of these Harvard Square institutions will return to the renovated Smith Campus Center when construction concludes in 2018 or what the businesses will do in the interim.