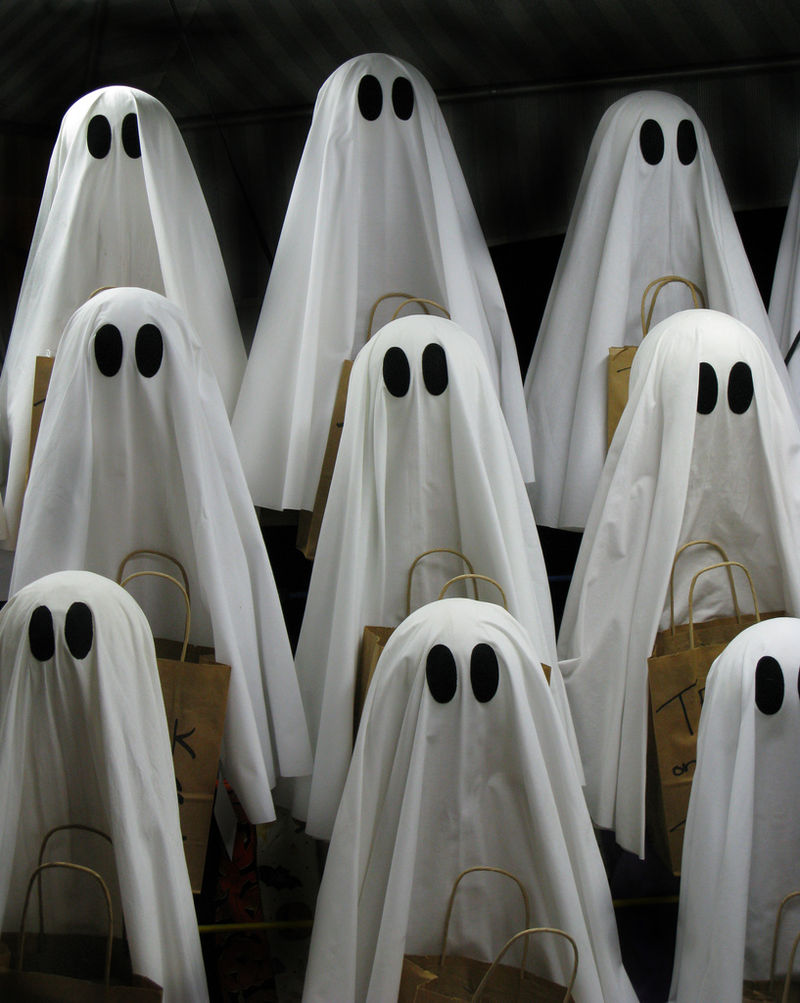 A large silhouette, at least six feet tall, looms over us. It’s clutching a dagger in one hand. Heavy chains are draped over its shoulder.
By David H. Xiang

“I don’t believe in ghosts. They’re just figments of my imagination.”

I’ve told myself that countless times, but I can never say it convincingly. For some reason, I never fully believe it.

Growing up as a kid who watched too many horror movies, I was scared out of my mind that a ghost could exist. So I purposely decided to believe that ghosts are nonsense.

It’s November 2014, and I’m living in the marine barracks at the Boston Naval Shipyard for a week as part of a school field trip. It’s past midnight, and I’m ready to pass out in my bedroom. Before I can, I hear the park ranger tell our teacher, “I have to warn you, the barracks are haunted.”

Long story short, I did not get a good night’s sleep.

The next days go smoothly—I take a behind-the-scenes tour of the U.S.S. Constitution, try clam chowder from Quincy Market, and pose next to seagulls at the Harbor. But on the last night, after finishing one of our hyper-competitive games of Monopoly, we’re startled by a sound—something like sandpaper rubbing against a carpet.

We stop in our tracks. The lights are off, but we’re too scared to find the light switch. I try to stay calm, but my childhood fear of ghosts has paralyzed me.

And then, I see it. A large silhouette, at least six feet tall, looms over us. It’s clutching a dagger in one hand. Heavy chains are draped over its shoulder. In that moment, every childhood nightmare came flooding back. Something I had tried to repress for so long had come to haunt me again.

I’m not proud of what happened next, but I bolted. And of course, being the idiot I was, I ran straight into the kitchen counter.

And then, the ghost spoke.

“Are you OK, David?” he exclaimed, turning on the light.

As my watering eyes peered up at what was supposed to be the embodiment of all my fears, I realized it was just my friend. There was no dagger: It was just a shampoo bottle. And those heavy chains? His bath towel.

I had never been more embarrassed. Looking back, my friends and I get a good laugh out of it, but my instinctive reaction still troubles me.

I lacked courage, lacked bravery. I didn’t want to investigate the mysterious figure—I think because I was afraid of the answer. I don’t think I was happier not knowing, but was more comfortable imprisoning myself in Schrodinger’s dilemma of perpetual doubt.

The longer I think about my night in the marine barracks, the more I realize how my reaction translates into so many other aspects of my life. I’ve spent many sleepless nights debating myself, trying to convince myself that knowing and not liking is better than not knowing at all. This constant internal argument is one of my many ghosts.

And every time I take the coward’s way out, I add a ghost to my collection. First crush? One of many relationship ghosts. Choosing to study instead of party? The ghost of FOMO. Eating with my same old friends instead of saying hello to someone new? Yet another. Every day I tell myself, “I’m going to do this tomorrow.” And every day, I wait for another tomorrow until there aren’t any left.

These wasted chances still haunt me. They never leave me, tattooed not on my skin but on my hesitant smile, my loose handshake, and my reserved personality. I still find it hard to go out of my comfort zone—at every turn, there’s a ghost sewn onto my shadow.

But at college, a place that feels like one everlasting summer camp, I’m no longer running away and hitting obstacles. I’ve started to face my ghosts, one by one. I don’t know how or why this change has started happening, but when I’m scared of an answer, instead of hiding from it, I actively seek it out. And one by one, I’ve found my ghosts are disappearing.

Soon, I hope to be able to say, this time with conviction, that “I don’t believe in ghosts. They’re just figments of my imagination.”