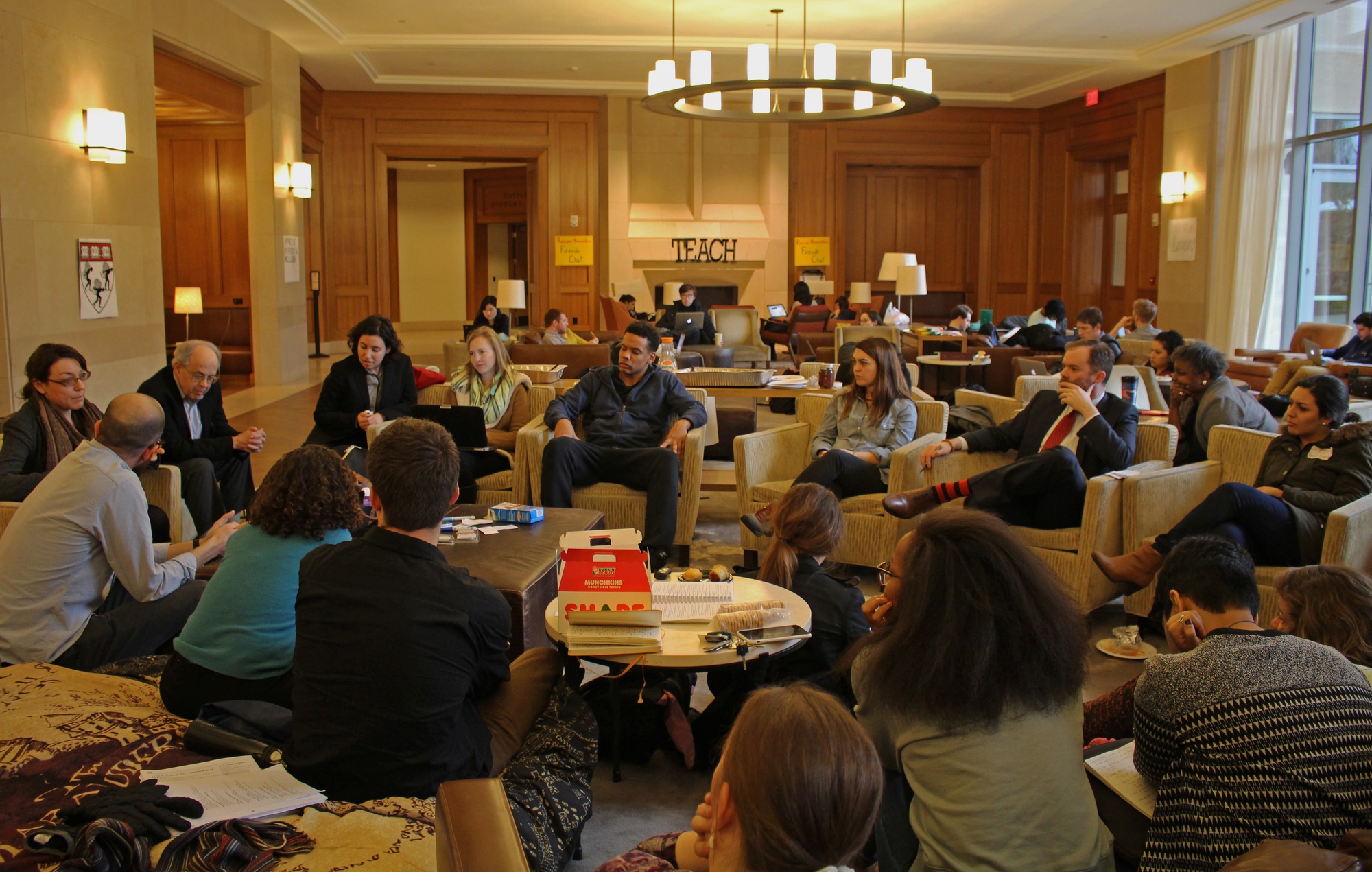 Student activists began to occupy a portion of Harvard Law School's Caspersen Student Center Monday evening in an effort to create a space on campus they say has been denied to minorities at the school. Calling the lounge “Belinda Hall” after a former slave of prominent Law School benefactors, the group of activists led by Reclaim Harvard Law said they plan to remain there indefinitely. 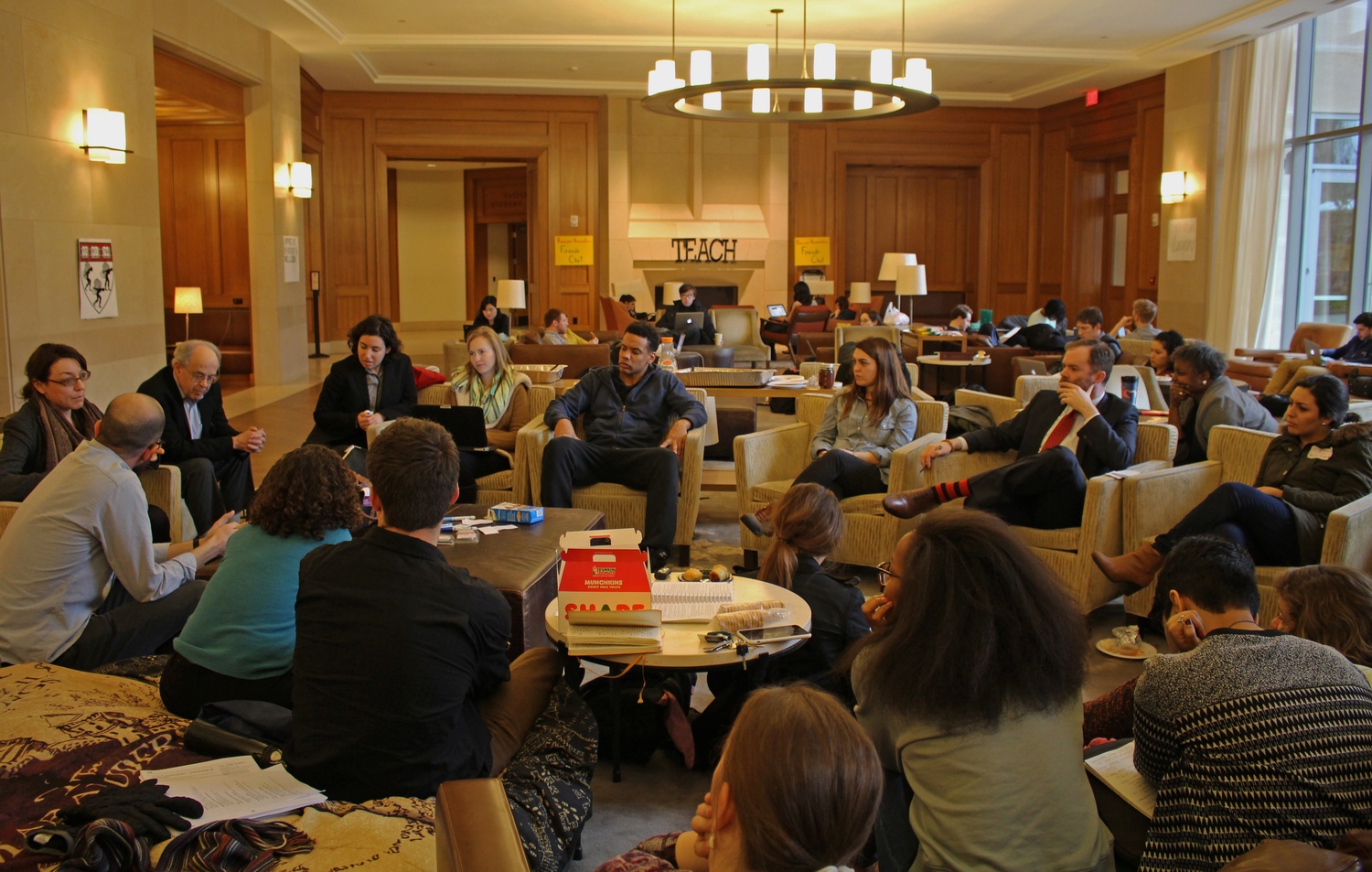 Clinical professors held a workshop with students about contextualizing the law school curriculum on Tuesday afternoon in the Caspersen Student Center as part of “Reclaim Harvard Law.” By Hayoung Hwang

In late November, Law School Dean Martha L. Minow appointed a committee to reconsider the seal, and administrators have said they will continue to work on hiring more diverse faculty members and improving orientation programming for incoming students.

Student activists, though, say they are unsatisfied with the Law School’s response. After a quiet period that lasted throughout winter break and the early weeks of the semester, activists are visibly resuming their efforts—which last semester culminated in a number of protests.

Citing sit-ins by protesters at the University of Cape Town and several American universities as inspiration, third-year Law student Rena T. Karefa-Johnson said activists decided to occupy the major campus thoroughfare in order to take ownership of a physical space, which they say minority groups at the Law School lack.

“This is about working with each other to implement and build out the things that we can do,” Karefa-Johnson said. “This can be an Office of Diversity, this can be a critical race theory classroom.”

Equipped with blow-up mattresses, blankets, and suitcases, the activists have moved into the hall.

On Tuesday afternoon, students drank coffee and talked about diversity and inclusion as Nina Simone’s “Feeling Good” played softly in the background. Signs mounted on the walls read “Come talk to us, we don’t bite,” “Critical race theory,” and “Office of Diversity and Inclusion.”

About 20 students stayed overnight on Monday—the first evening of the sit-in— according to Law student Isaac Cameron, who said he expects turnout to increase in the coming days. In the daytime, students are manning various stations intended to inform curious passersby of the group’s mission. Shay N. Johnson, one of the internal vice-presidents of the Black Law Students Association, manned one such station, called “Reclaim Harvard Law Fireside Chat.” 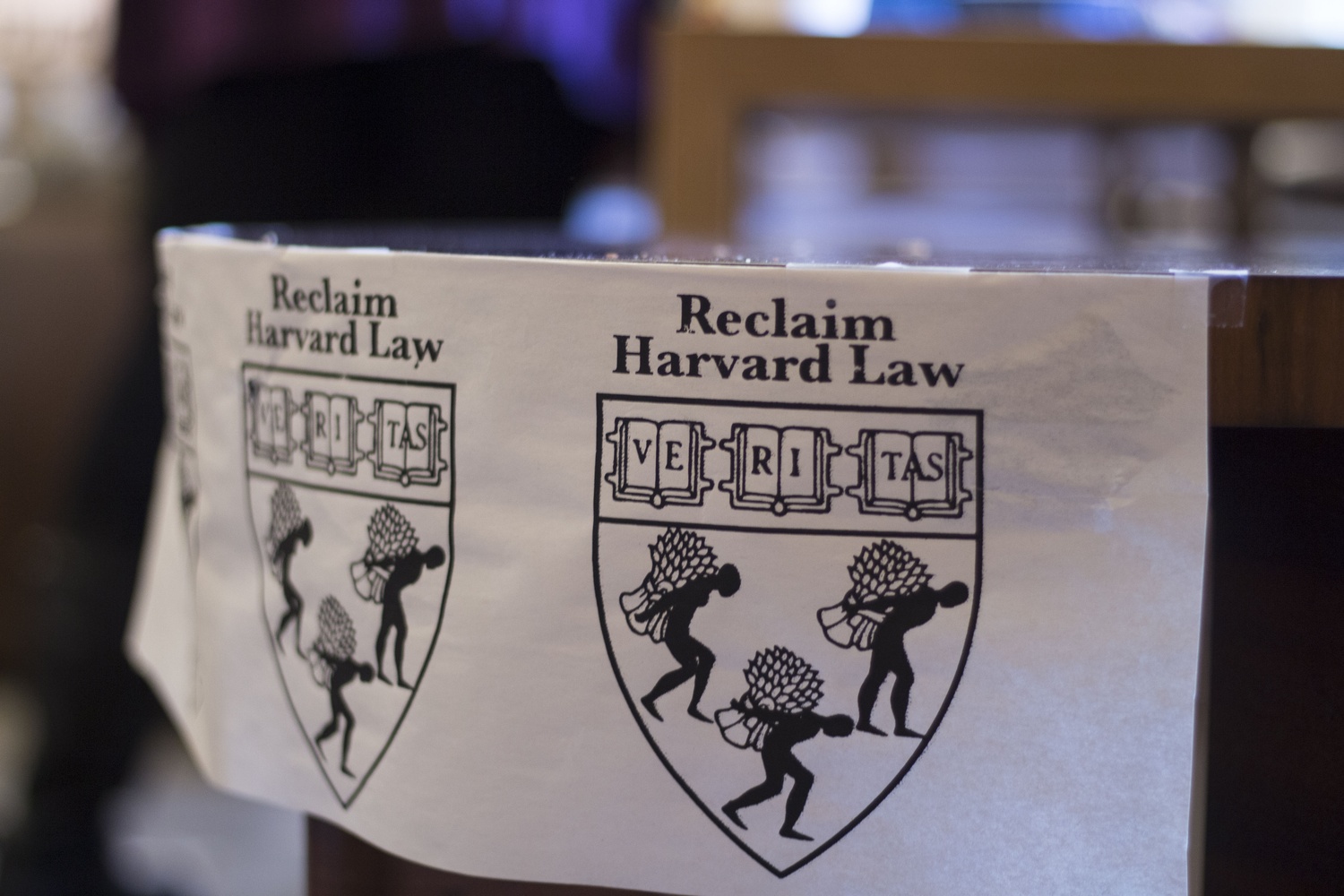 “We want people to feel comfortable to come and discuss tough topics around diversity and inclusion,” Johnson said while sitting by the fire.

Much of the occupation focuses on activists’ call for the Law School to reframe its curriculum to better integrate consideration of race into the study of law. Karefa-Johnson said she thinks the Law School’s current curriculum often approaches law as if it were created in a vacuum without regard to its implications for minorities.

As part of the occupation, clinical professors held a workshop Tuesday afternoon about contextualizing the Law School’s curriculum. Students and faculty discussed how professors should address race in their classes, and Law School Dean of Students Marcia L. Sells came to observe. Reclaim Harvard Law is planning similar programs throughout the duration of their occupation.

Activists said they are drawing on an extensive history of activism at the Law School and current movements around the globe to inform and promote their own cause.

“Our recent efforts are intellectually descended from the numerous student movements that have arisen time and again at HLS,” members of Reclaim Harvard Law wrote in a press release Tuesday.

Karefa-Johnson said that Law School activists today aim to broaden the scope of their efforts. “This is about HLS, but it’s also about inequality in America,” she said.

The occupation has no pre-determined endpoint, and activists say they will remain in the hall indefinitely.

This article has been updated to reflect the following clarification: