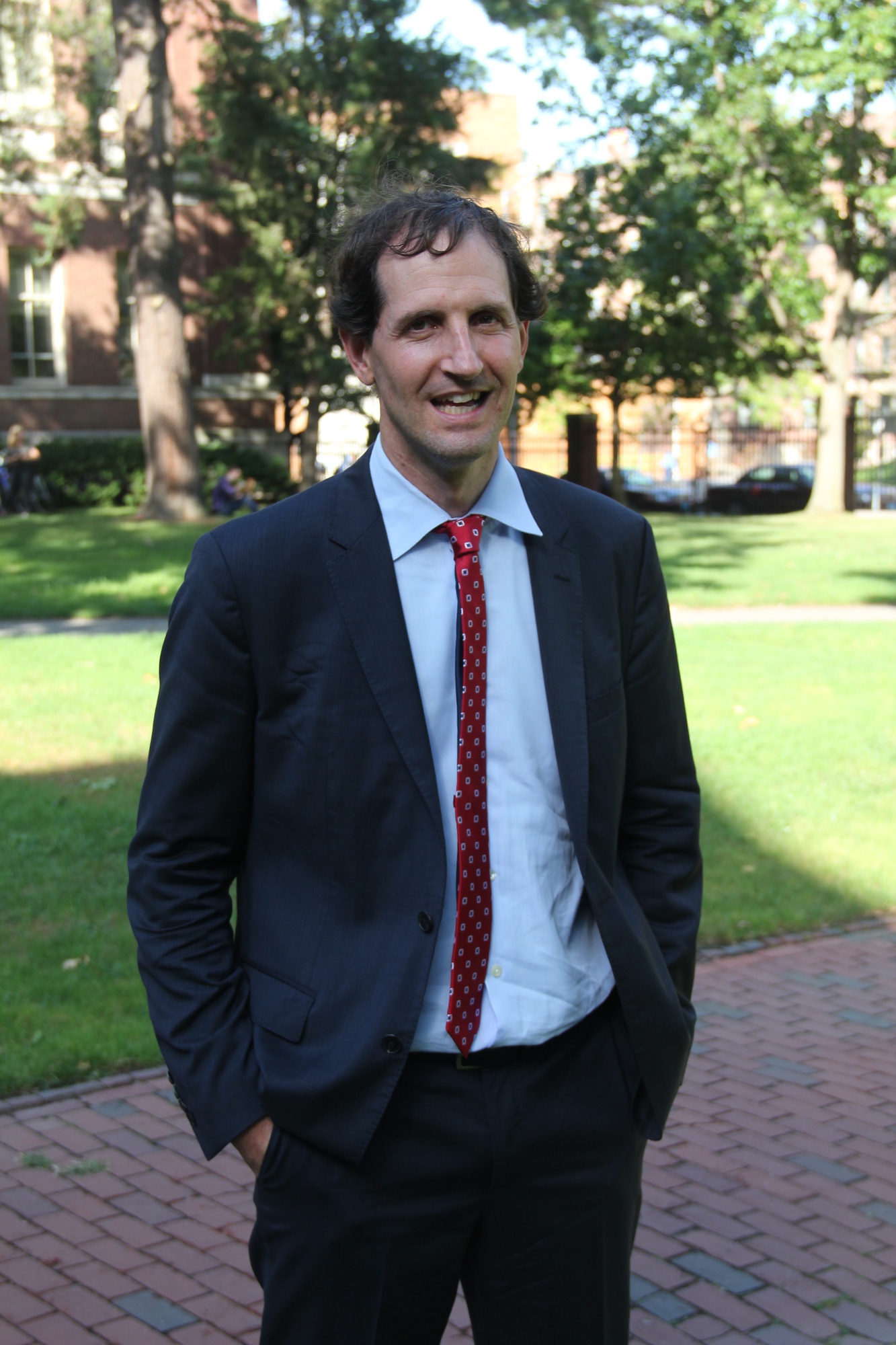 Shapiro has traveled around the world working to resolve identity-based conflicts, from ethnic wars in Yugoslavia to the Israeli-Palestinian conflict.
By Cristian D. Pleters

First, Shapiro tries to get the disputing parties to understand each other’s perspective. Then, he asks them to put aside their differences.

For someone who has spent his career immersed in conflict, Shapiro is remarkably upbeat. Even when discussing violent international feuds, he speaks animatedly, smiling and waving his hands.

Shapiro traces his interest in negotiation back to his teenage years. In high school, he traveled through then-Communist Eastern and Central Europe to visit an international student from Hungary who had stayed with his family. That trip sparked his interest in the region, and when the Iron Curtain fell, Shapiro became interested in finding ways to ease the region’s transition to democracy. Shapiro attended Johns Hopkins University, where he worked with the Soros Foundation to build a curriculum that aimed to teach youth in the former Soviet bloc the skills to solve disputes in an open society.

Shapiro has since traveled around the world working to resolve identity-based conflicts, from ethnic wars in Yugoslavia to the Israeli-Palestinian conflict. Working with the World Economic Forum, Shapiro brought together a group of Israeli, Palestinian, and other international political, business, and religious leaders together to discuss common concerns.

Shapiro believes that disputing parties often fail to find common ground due to the “tribes effect”: our overpowering allegiance to the groups to which we belong. “The moment [the tribes effect] sinks in, it’s sticky,” Shapiro says. “It can stick for days if your roommate drives you crazy. It can stick for generations as warring groups rival for political power.”

So how do we move past the gridlock?

The first step is empathy. “How do you step into the other side’s shoes and deeply understand their fears, their concerns, their dreams, their passions?” Shapiro asks. “Once you understand that, conflict takes on a whole different shape. You’re no longer an animalistic enemy, you’re a human being, and I can work with a human being.”

It is a daunting number of divisions indeed. Shapiro hopes to help bridge such divisions—right here at Harvard.

Recently, Shapiro helped organize an undergraduate club where students can learn about strategies to solve international conflicts and develop their own ability to resolve personal disputes. He also teaches a popular class on conflict resolution, Global Health and Health Policy 60: “Negotiation and Conflict Management: From the Interpersonal to the International.” Two hundred and forty students applied for 40 spots in the class during shopping week.

Although a solution to the Israeli-Palestinian conflict remains out of reach for the time being, Shapiro is undaunted. He continues to tackle the conflicts that divide our society, from roommates’ arguments to international disputes.