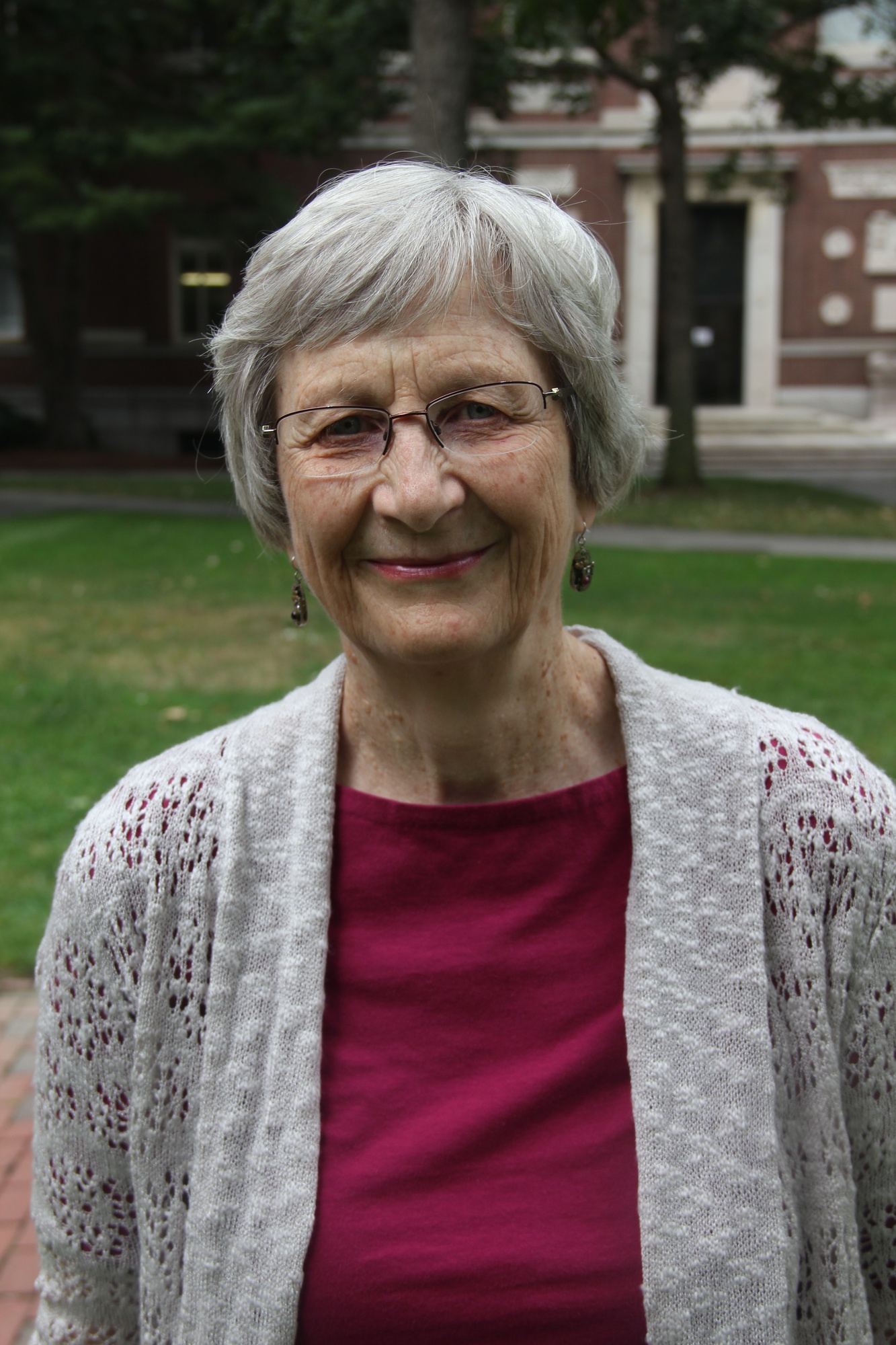 “I had the excitement of pioneering women’s history," Ulrich explains.
By Marella A. Gayla

“What are the unspoken rules of how people live?” asks Laurel T. Ulrich, brandishing the curved yellow fruit that sits in front of her. “What is the meaning of a squash?”

The squash is one part of a quotidian ensemble laid out on the table at the first meeting of Ulrich’s history seminar titled “This Old House.” It sits in the company of an axe, a miniature replica of the John Harvard statue, a three-footed cooking pot, several ears of corn, red Solo cups, and a kitschy teapot designed to resemble a pineapple—relics of everyday American life, throughout the ages.

Ulrich, a celebrated scholar of early American history, often grounds her research in the mundane, examining broad social dynamics through the lens of everyday life. In her most famous book, the Pulitzer-winning “Midwife’s Tale,” Ulrich constructs a coherent vision of 18th century marriage customs, crime rates, and medical practices from the details of an ordinary midwife’s diary.

Although much of Ulrich’s scholarship focuses on New England, her own origins lie in small-town Idaho. When I ask her about her upbringing, I make the mistake of locating her home state in the Midwest, and she is quick to correct me.

“Iowa is in the Midwest, but Idaho is in the Rocky Mountains,” she says. “That’s my pet peeve—and it’s really common.”

When Ulrich was growing up, Sugar City, Idaho was home to about 990 inhabitants, unnamed roads, and a few stores. She graduated high school in a class of 56, made up of “town kids and farm kids” alike. By the time Ulrich delivered the valedictory address at the University of Utah in 1960, she had been married for nearly two years. When she finished her doctorate at the University of New Hampshire in 1980, she and her husband had raised five children.

Ulrich is a longtime scholar of women’s history and a self-professed feminist. Now, for the first time, she is writing and teaching about the intersection of feminism and another crucial part of her identity: her Mormon faith. In her newest book, “A House Full of Females,” Ulrich examines Mormon plural marriage and European encounters with other family structures.

Ulrich’s current research echoes some of her early academic endeavors: In the 1970s, she and a colleague discovered copies of the 19th-century women’s newspaper Woman’s Exponent in Widener Library. The newspaper, written for Mormon women, promoted women’s suffrage and equal rights. This finding came at a time when women’s history was still a budding field.

“There wasn’t any feminism when I was growing up, the term really came back into currency in the 1960s and 1970s,” she explains. “I had the excitement of pioneering women’s history.”

“Excitement” is perhaps Ulrich’s most distinct characteristic as a professor. The yellow squash is meaningful because it is indigenous to the Americas, she says, eyes widening. Describing the seminar’s upcoming field trips to the Harvard Forest and the 18th-century Artemas Ward house as “absolute serendipity,” Ulrich can hardly contain her enthusiasm for old shoes and cellar holes.

“We are going to have so much fun,” Ulrich promises the class. She jokes that she sounds like Republican presidential nominee Donald Trump. “But it’s okay to be enthusiastic if you have the facts with you.”