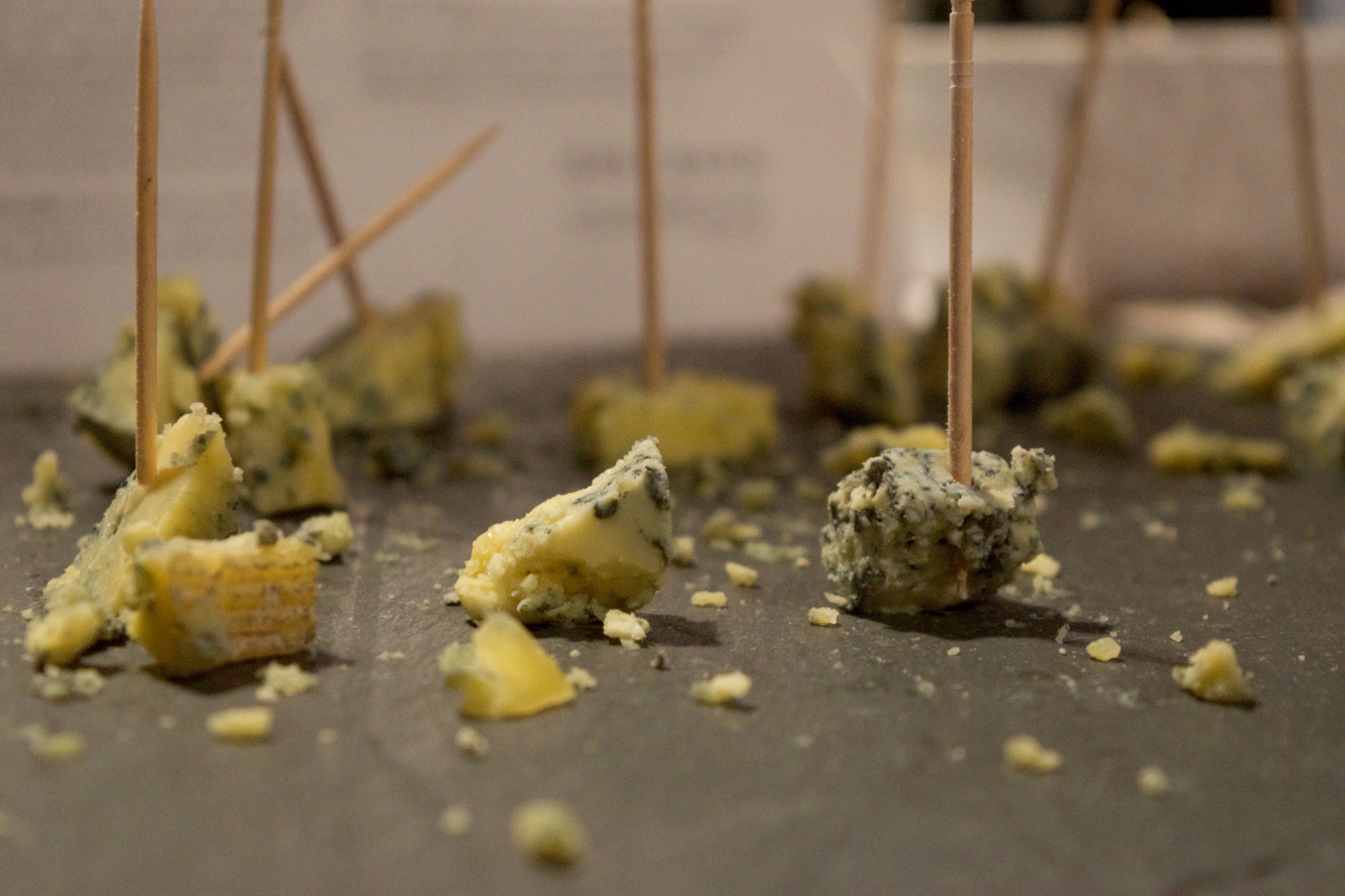 We realize, as we blink at this cheese shrine filled with its cheese people going about their cheese business, that we are out of our cheese league.
By Katie C. Berry and Cleo M. Harrington

Close your eyes and take a deep breath. Imagine, if you can, the odor of a 100,000 artisanal globs of curdled milk perspiring gently in the midday heat.

On a Saturday afternoon as mild and earthy as the particularly delicious chevre we’d later try, we find ourselves at an event which 30,000 other people had expressed interest in on Facebook. No, not the [BLANK] party––the Massachusetts Cheese Festival, the fourth annual celebration of the state’s 30 most prestigious cheesemakers.

According to its website, the festival prides itself on offering “enough questions and information to help everyone enjoy our cheeses in traditional, creative, and unusual ways.” We were intrigued. How unusual is unusual? How much cheese does one get for $40? Will FM reimburse us? Are we still lactose intolerant?

Despite our misgivings, we open the twin doors to what appears to be a cheese warehouse––correction: a glorious cheese temple, a glistening aromatic altar to caseiculture. The tables are dotted with framed photos of cuddly baby cows. The staff members wear shirts that say “fromage à trois” (for real cheese lovers?). Giant signs by the entrance bear the message “Healthy. Tasty. Divine.” At the Massachusetts Cheese Festival, cheesiness is next to godliness.

We realize, as we blink at this cheese shrine filled with its cheese people going about their cheese business, that we are out of our cheese league.

More interesting are the creative cheeses. A faintly scatological brown log, about four inches long, rests on a table. Its vendor introduces it as chocolate cheese, and he is continually running out of samples. “We don’t sell as much as you might think,” he says. We wonder how much he thinks we think he sells. “We sell a ton right here, but if you try to approach a cheese department in a supermarket, they don’t know where to put it. They think it’s kind of schmaltzy or gimmicky. But once they try it, it’s wonderful.” He isn’t wrong: It tastes like a well-ripened frappuccino, but in a good way.

At a nearby table, a man politely declines the offer of a spoon with his free sample of locally-made maple yogurt and instead tips his head back and downs it like a shot. As cheese purists, we initially feel conflicted about this, but it’s a brave new pan-dairy world and we eventually come around.

Exhausted by the ceaseless onslaught of free samples (well, “free” in a $40-cover kind of way) and unnerved by the initial grumblings of an enzymatically-challenged small intestine, we decide to participate in the time-honored tradition of cheese-rolling.

We fight our way in search of tips through the adoring crowd to Kelly, the reigning champion of the sport. She assures us that we, too, can roll cheeses in the big league. “I had no experience before this,” she says. “I don’t think you need any.”

The organizer plops a red wax disc ceremoniously into our arms. “Feel how heavy it is,” he says. Determined to make Kelly proud, we roll it like a horribly disfigured bowling ball across the scuffed black stage. We hit the target both times and win a wedge valued at nearly a quarter of our admission to the festival. Kelly was right––no experience necessary.

Bloated with victory, we decide to quit while we’re ahead. On our way out, we accost a few passersby. Everyone we interview seems overjoyed to have spent $40 on the festival; money is no object when cheese is involved.

“Here, cheese is currency,” one man says. It’s hard to gauge his sincerity, and not only because cheese aficionados are a cryptic bunch: Any tell-tale signs of humor are obscured by a quivering spoonful of chive-and-onion cloumage.

Stomachs full and wallets empty, we emerge, sweaty, blinking, from the cheesy twilight into the mild, creamy afternoon of the real world. Everything tastes like cheese. It is high time for us to roll out—waxen, wobbly, but nonetheless triumphant.