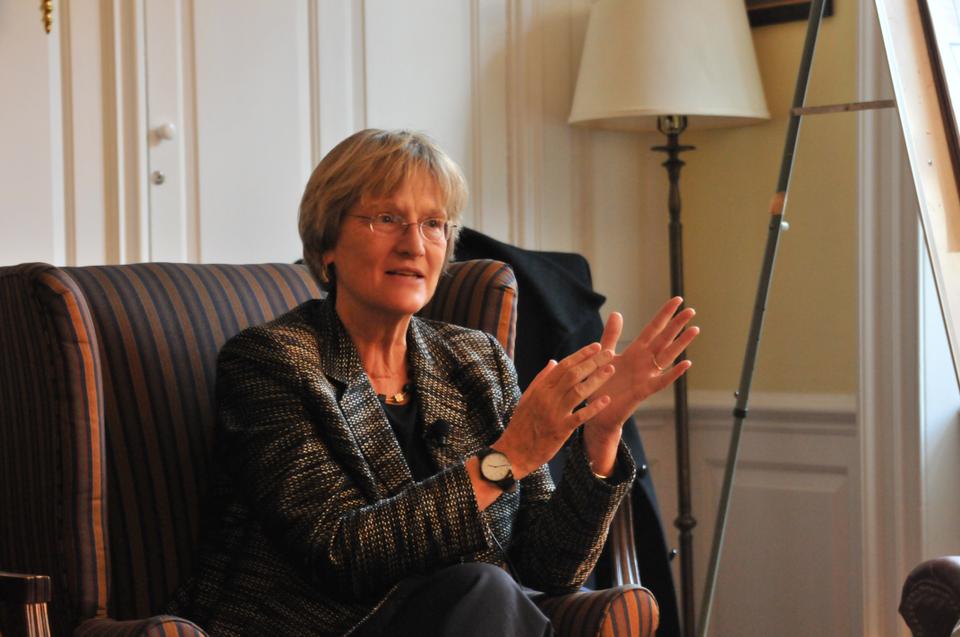 A bipartisan spending bill to fund the federal government through this fiscal year “bodes well” for the future of research funding, University President Drew G. Faust said in an interview Thursday.

President Donald Trump has pledged to slash funding for the agencies, all three of which provide research funding to Harvard. In total, Harvard received approximately $600 million in federal research funding in 2016.

Faust visited Washington, D.C. last week as the prospect of a federal shutdown loomed and lawmakers hastened to avoid it. Congress passed a stop-gap spending measure on April 28 to avert a shutdown for a week, before approving this longer-term bill.

Trump has pledged to sign the bill by Friday.

Faust said she was “really glad” to see increases in NIH funding for the 2017 fiscal year. "I think the Congress spoke with a rather bipartisan, resolute voice in favor of the things that I’ve been arguing for, so that was a very good sign," she said.

After the 2016 presidential election, Faust pledged to escalate her political advocacy efforts. Her trip to Washington, D.C. in April was her third visit to the capital in 2017. On previous trips, she met with Senate Majority Leader Mitch McConnell, Senate Minority Leader Chuck Schumer, and Speaker of the House Paul Ryan, among other lawmakers.

Faust said she sees the spending bill as a sign her lobbying efforts are bearing fruit, since the lawmakers she has met with this spring advocated on behalf of preserving research funding.

“A lot of the people who were most vocal in that debate, people who were in the movement forward of that measure, were people that I’ve seen,” Faust said. “It was good to see that they were advancing the arguments that I had hoped they’d advance."

Taylor—who received a degree from Harvard Extension School in 2014 and is currently working towards a master’s—is a member of the House Appropriations committee. Faust said she hopes Taylor will advocate for higher education funding in that committee.

“If he could have any influence in advancing that case in appropriations, it would be extremely valuable,” Faust said. “So I want to make sure he understands what matters to us, and what matters in terms of national policy to universities more generally."

The next budget fight will come after Trump releases his full 2018 budget proposal later this month. The budget blueprint, or “skinny budget,” Trump issued in March eliminated funding for NEH and NEA entirely, and cut funding for NIH and the Environmental Protection Agency by around 20 percent and 31 percent, respectively.

Harvard faculty and administrators warned that this proposal would be “devastating” to the University and the future of research in the United States—NIH alone gave Harvard $415 million in 2016 for health-related research.

At a faculty meeting Tuesday, University Provost Alan M. Garber told faculty members that administrators were working to ensure that Trump’s proposed budget cuts do not become a reality.

In an interview Thursday, Faust said the fiscal year 2017 spending bill gives her hope that members of Congress will protect research funding for 2018.

“I don’t know where things will land ultimately, but I think there is a very strong level of support for NIH that we’ve just seen with an increase in the ’17 measure, so I think that bodes well,” Faust said. “I hope they continue to be strongly supportive of these measures."