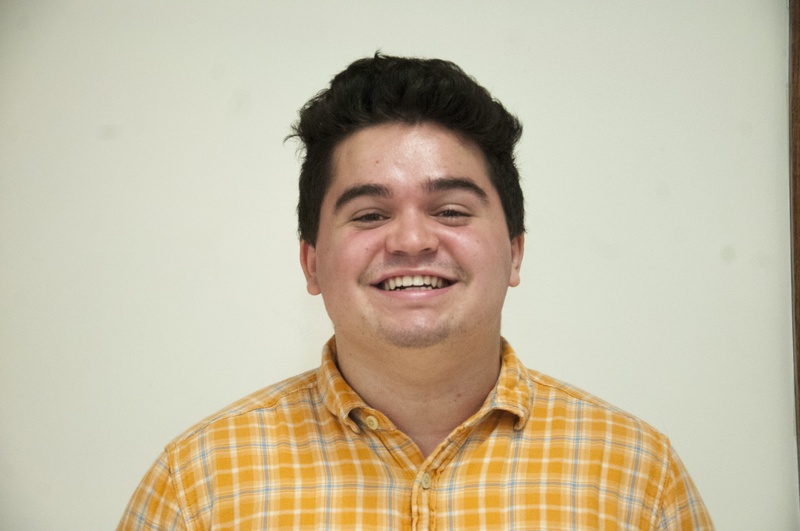 The air is that almost-but-not-quite-warm. The kind that has me sweating under my jacket, but not enough to shed a layer. Somewhere far behind me, my mom shouts my name. Her voice echoes in the surrounding hills, as if dozens of moms are looking for me. I ignore all of them.

The leaves are wet. They soak through my jeans to my knees, creating spots I know I’ll be scolded for later. I sit back onto my ankles like a lazy church-goer.

It’s a weird feeling for a six year-old kid, to read one of your names on a tombstone. It gets weirder the more you read.

The year is off, but otherwise, the birthday is mine. No one had told me my grandmother and I shared a birthday. In fact, before that moment, I had never known of anyone who did. I had finally met my first birthday buddy—she was just buried six feet beneath me.

In “The Wind-Up Bird Chronicle,” Haruki Murakami writes of Toru, a passive young man living without much purpose in suburban Japan. He is apathetic about his life, including his recently-lost job and his relationships with others—many of which are destroyed over the course of the novel.

After some time, though, Toru begins to feel the consequences of his passivity. In a moment of reflection, he says, “Every now and then I would feel a violent stab of loneliness. The very water I drink, the very air I breathe, would feel like long, sharp needles.... I could hear the roots of loneliness creeping through me when the world was hushed at four o’clock in the morning.”

Maybe Toru could have downloaded a dating app and met someone. His four o’clocks in the morning would have been less hushed. I think he would have still been lonely, though.

The room looks like a murder scene. Blood spatter paints the walls, and the thicker globs slide down like egg yolks on a windowpane. When I accidentally step in one of the larger pools, the blood squelches, still warm, under my bare feet. It’s scary, and I’m alone.

My anxiety kicks in, and I start to hyperventilate until the breath suddenly catches in my throat. I try to exhale, I really try, with all of the breathing exercises they taught me to calm down, but in this moment I can’t seem to remember any of them, and the longer I don’t breathe the more the blood spots on the wall start to blend with the light spots in my vision, and it swirls until I see red, just red, and I grab the banister for support, but it’s slick and too sticky, and why can’t I just remember those goddamn breathing exercises.

Eventually, I breathe. Then I run, calling my mom’s name as loudly as I can. I don’t think she hears me.

She’s just busy. She was the one who said she was looking for us to be more serious, sure, and yeah, she didn’t tell me about her demanding schedule before I got attached, but she’s a busy person. No problem. I get that, because I’m Chill. Because she’s Chill. We’re Chill.

She likes me, and she likes being with me. She doesn’t want it to seem like her unresponsiveness or her polite “no”s to invitations for ice cream mean she’s not interested. She’s really interested. She’s just busy. I get it, right? How busy Harvard can be? Especially during the spring because of how time flies by while assignments pile up? There’s just no room in The Schedule. Thursday dinner doesn’t work. She has an assignment due this weekend she should really start. But let’s hang soon, okay? She misses me. She likes me, even if she doesn’t see me.

Still, liking me but not seeing me feels a whole lot like not liking me.

When my last dog died, I cried. He had developed a problem with his nasal arteries, and once, he bled all over our house. His nerves stopped working, too, and soon his body followed. Before he was broken, we would snuggle together.

This time around, I still cried, but not because my dog died. I wasn’t very close to him. My younger brother was, and I cried because I knew that 150 miles away from me, he was crying about the loss of his best friend. It wasn’t empathy, though. It was guilt. I hadn’t called him when I heard the news. It’s hard feeling alone with someone else.

The housing lottery in Mather House is pretty straightforward. With the exception of a few sophomores, everybody gets their own bedroom. “Singles for life,” the saying goes. Mather students love to brag about all of the singles in our house, partially because it’s one of the only things we have to brag about. The process is a little dramatic and needlessly stressful, but after the dust settles, surprise surprise, we’ve each ended up with a beloved single. And we’re happy. We don’t have to share our most personal space, our most personal lives, with someone else.

Oftentimes, though, I want to.