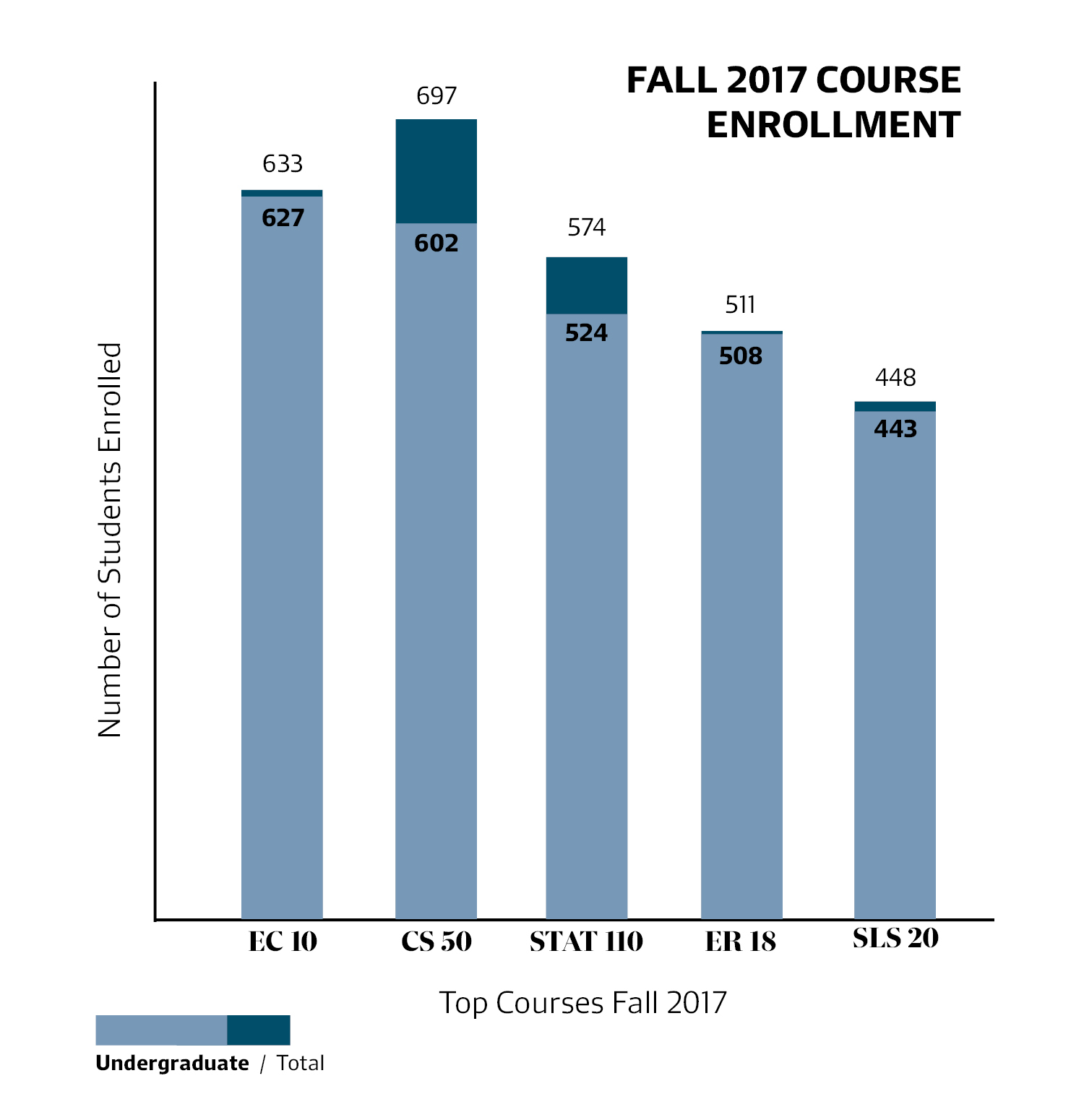 Once again, "Economics 10a: Principles of Economics" is the most popular fall course among Harvard undergraduates.

According to data released by the Faculty of Arts and Sciences registrar’s office, Ec10a’s 627 undergraduate enrollment surpassed CS50’s 606 undergraduates by 21 students. Last year, the margin was far more narrow; only 6 more students enrolled in Ec10a than CS50.

CS50 rolled out a number of changes this year. By default, the course is now graded on a satisfactory/unsatisfactory basis by default, and Harvard administrators and CS50 instructors have repeatedly stressed the importance of academic integrity in lectures so far this semester. More than 60 students in the course last year faced academic dishonesty charges. 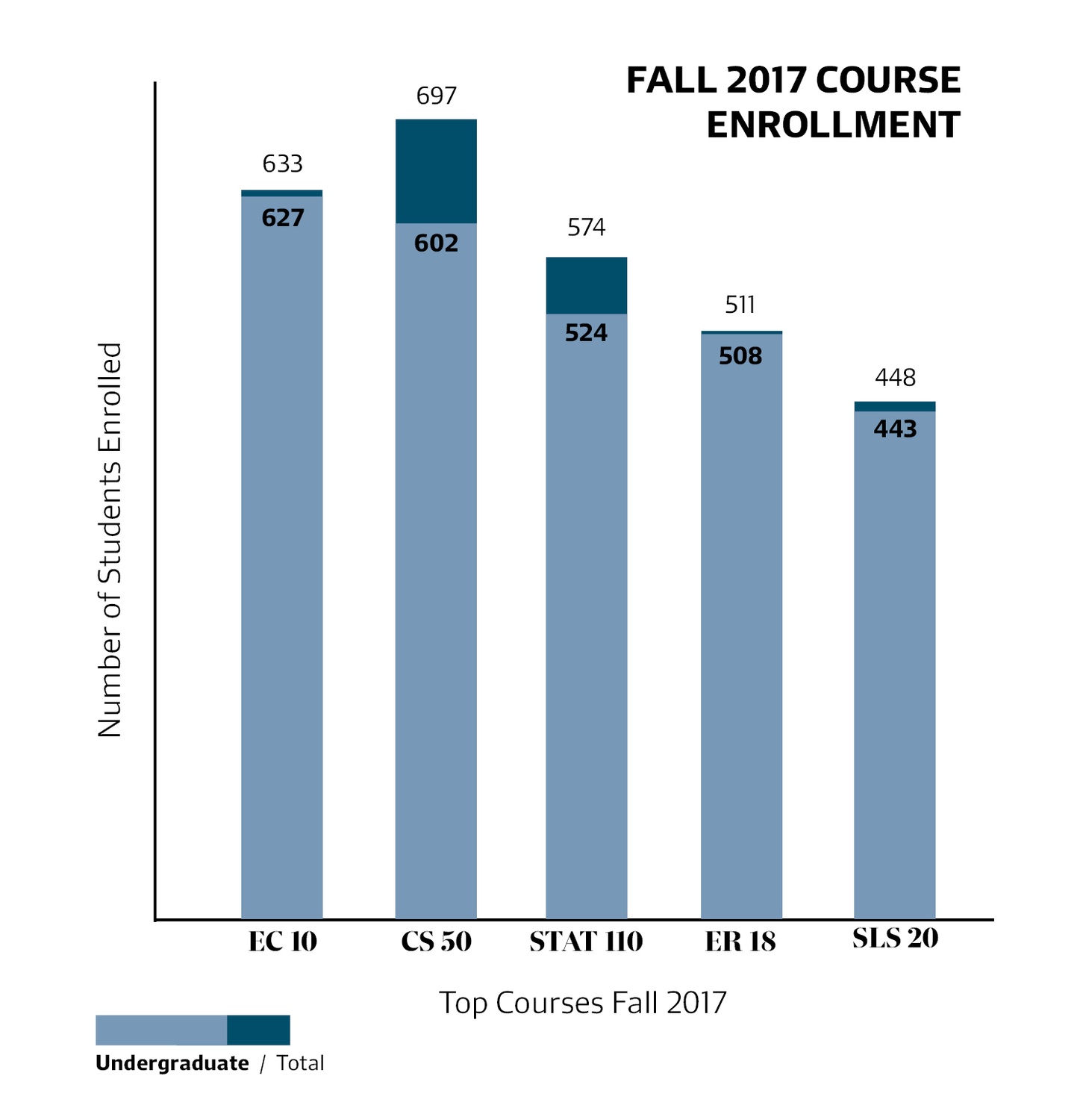 Statistics professor Joseph K. Blitzstein, who teaches Stat110, attributed the course’s popularity to what he described as a growing recognition of the importance of probability.

“I try my best to show that probability is both very interesting and very useful,” Blitzstein wrote in an emailed statement. “Everywhere that there is data, uncertainty, or randomness, we need probability.”

“I think [the course’s materials] really challenge our assumptions: how we can grow as people, how we can become better people,” Puett said. “I think students like to be in an environment where they ask these questions.”

Science of Living Systems 20: Psychological Science saw a huge leap in an enrollment this semester, with 376 more enrollees this semester than in the spring. The course is taught in the Fall semester by Psychology professor Daniel Gilbert, who said that he could not explain why the course’s enrollment was particularly high this term.

“Professors regard enrollment like weather, we just take it as it comes,” he said.