The Cambridge City Council elected Marc C. McGovern the new mayor of Cambridge for 2018-2019 by a near-unanimous vote at the council’s inaugural meeting Monday.

McGovern’s election—confirmed by an official final vote of 8-1—marks the end of E. Denise Simmons’s two-year tenure as mayor of Cambridge. Simmons, the first black and openly lesbian mayor in America, previously served as mayor in 2008-2009.

“My hope for this term is that we really take steps forward to become the socially and economically just community that we truly claim to be and want to be,” he said. “Those have always been my priorities, and they’re going to continue to be my priorities as mayor.”

The council's Jan. 1 mayoral election marks the official start of the body's two-year legislative term. In addition to selecting its two top leaders Monday, the council also voted to inaugurate the nine city councillors that comprise its membership.

All nine—six incumbents and three newcomers—were elected to their spots on the council in Nov. 2017. In total, 26 individuals campaigned for a council seat—among them Harvard student Nadya T. Okamoto '20, who ultimately lost in the preliminary counts.

McGovern's selection as mayor Monday was swift. In the first round of voting, only Simmons and councillor Timothy J. Toomey Jr. diverged from the majority vote for mayor, casting their ballots for Toomey. But after the results of that first vote—in which McGovern garnered more than the five votes required to win the election—Simmons moved to make the vote unanimous, changing her vote to McGovern. Toomey still voted for himself.

He said he wants every graduate to leave school “ready to take on college or the job market.”

[Want to know who the nine Cambridge City Councillors are? Read The Crimson's profiles of the 26 individuals who campaigned for a seat on the body in Nov. 2017.]

Councillor Jan Devereux was elected vice mayor of Cambridge in an initial 5-4 vote and then an official 7-2 vote Monday. Councillors Alanna M. Mallon and Craig Kelley, among the four council members that at first voted for Simmons, ultimately changed their ballots to Devereux for the final tally. Simmons and Toomey maintained their original vote for Simmons.

Devereux, who was first elected to the Cambridge City Council in 2015, said she feels optimistic about the upcoming term. She particularly pointed to the three new first-time councillors—Sumbul Siddiqui, Quinton Zondervan, and Mallon—and said she thinks the fresh faces will be a significant advantage for the council in the coming year. 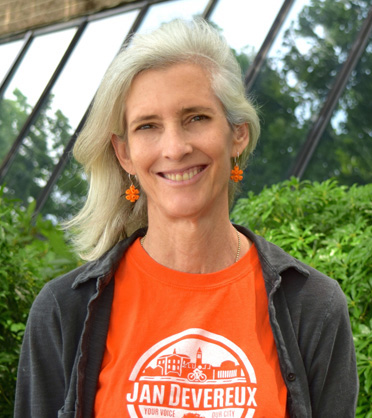 “Even before the vice mayor vote took place, I was very excited about the prospects for this council,” she said Monday. “Having three new members—and particularly the three new members who were elected—presents a tremendous opportunity for really re-energizing the council as a body and revisiting issues that have stalled.”

As vice mayor, Devereux said she looks forward to working closely with McGovern and the new council to tackle the range of issues she said face the city. She said she is especially excited for 2018-2019 given McGovern’s “strong commitment to serving the underserved.”

McGovern said that, though he believes the council holds many shared goals, he will welcome disagreement during his tenure as mayor. He said he views different perspectives and experiences as a chance to facilitate debate.

Ultimately, though, he said his most important job as mayor will be ensuring the council works together to serve Cantabrigians.

“If the council does not function well, it is the most vulnerable people in our community that are going to suffer the most,” McGovern said. “We cannot allow that to happen. They need us to be better than that. I am hopeful and optimistic that we will be able to do that.”

Across the river, Boston's government also rang in the new year with an inauguration. Boston Mayor Martin J. Walsh, who was re-elected last fall, was sworn in to a second term on Monday. Former Vice President of the United States Joseph R. Biden Jr. presided over Walsh's swearing-in.