On a rainy Tuesday in Cambridge, midterm election races across the United States kept undergraduates and faculty members on the edge of their seats throughout the night.
By Simone C. Chu and Meena Venkataramanan 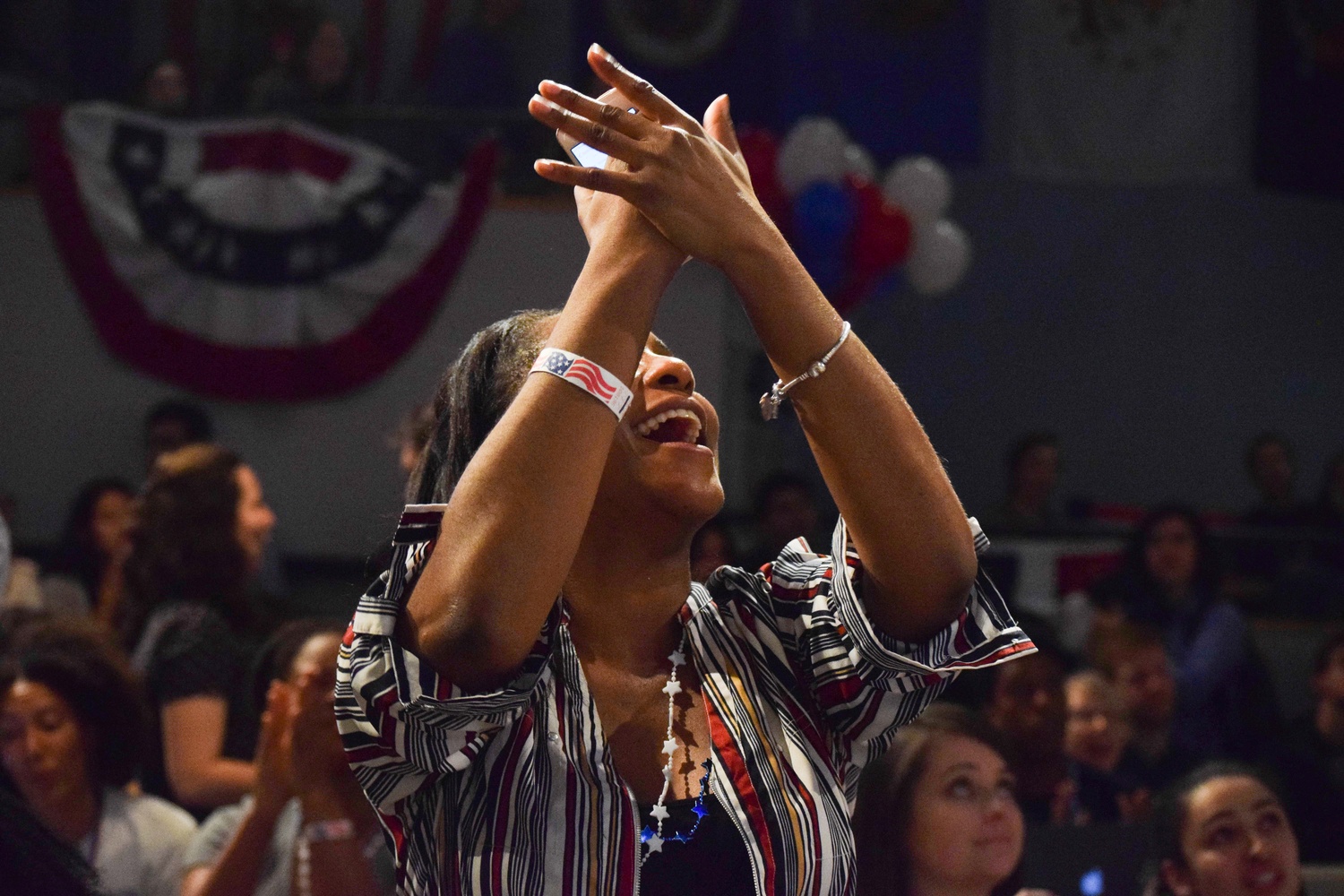 On a rainy Tuesday in Cambridge, midterm election races across the United States kept undergraduates and faculty members on the edge of their seats — and their eyes glued to screens — throughout the night.

Undergraduates watched the results roll in at three separate watch parties on campus. The Institute of Politics hosted its watch party at the Harvard Kennedy School; the Government Department and the Institute for Quantitative Social Science co-sponsored an event at Currier House; and the Network of Enlightened Women hosted a watch party for conservative students in Boylston Hall.

At the largest gathering, hundreds of Harvard students packed into the IOP to watch CNN’s election coverage on screens displayed throughout the John F. Kennedy Jr. Forum.

At Currier House, around 50 students gathered in the Fishbowl common space to watch the results, and the conservative watch party drew a crowd of students as well.

Maria J. Perez Franco ’20, a resident of Lewisville, Texas, expressed disappointment at the results of her state’s Senate race, which saw incumbent Republican Ted Cruz fend off a challenge from Democrat Beto O’Rourke. 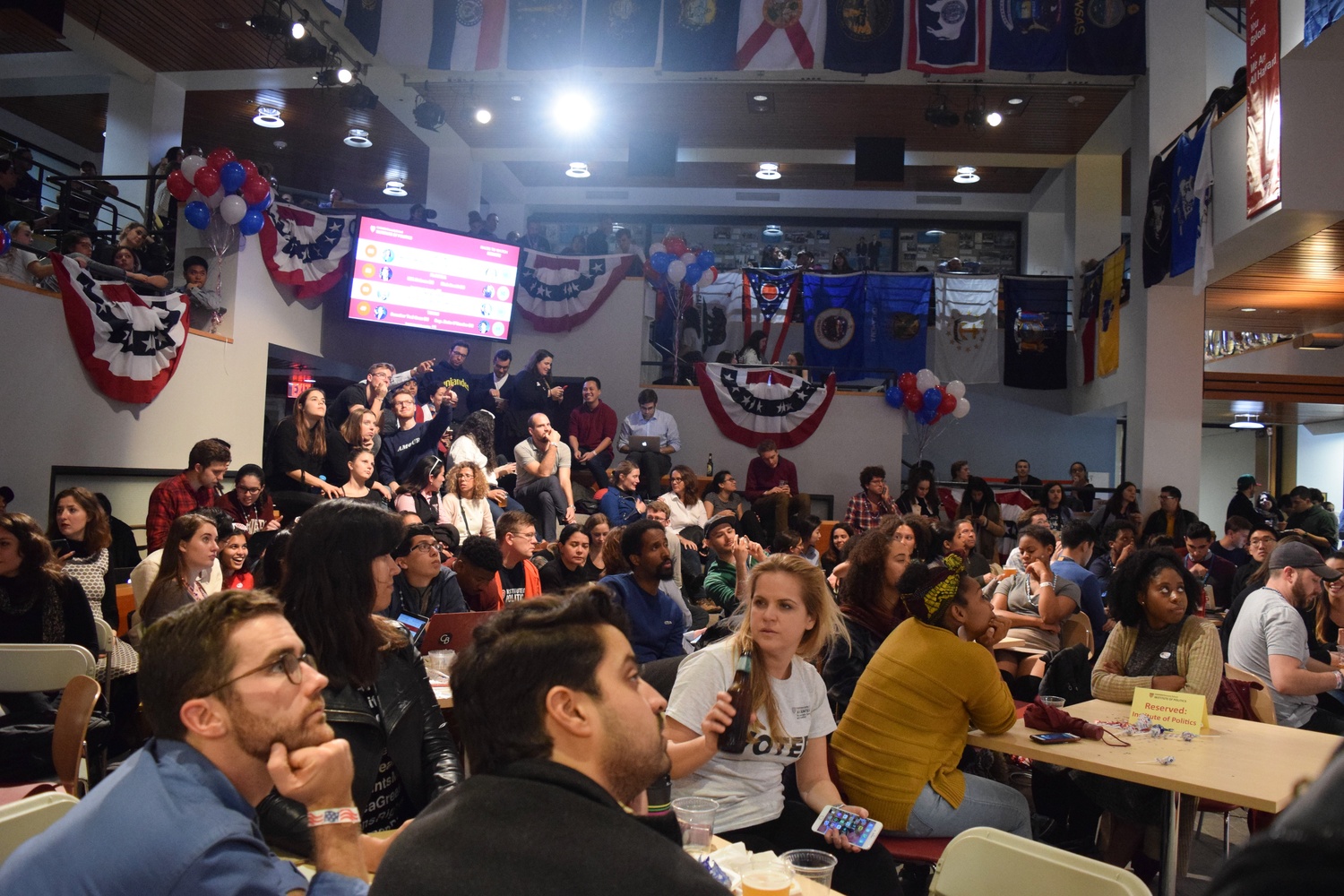 Students gather for an election night watch party held at the Institute of Politics on Tuesday night. By Amanda Y. Su

“I’m really sad right now,” she said. “I don’t think I was super hopeful, but part of me was hoping Beto would win.”

Perez Franco, who moved to the U.S. from Guatemala when she was three years old, said she cast an absentee ballot for O’Rourke.

“Everything Ted Cruz has said about the [migrant] caravan has really impacted me as an immigrant, and I’m sad to see that someone who feels that way will continue to hold the seat,” she said. “But this just makes me want to go back to Texas and change things for the better.”

While several left-leaning students reacted positively to the Democratic takeover of the U.S. House of Representatives, conservative students were relieved to see the U.S. Senate remain in Republican hands.

“Ultimately, I’m very happy with how the Senate is looking,” she said. “I think a lot of us expected that we would lose the House, but honestly I haven’t seen as much carnage as I would have expected.” 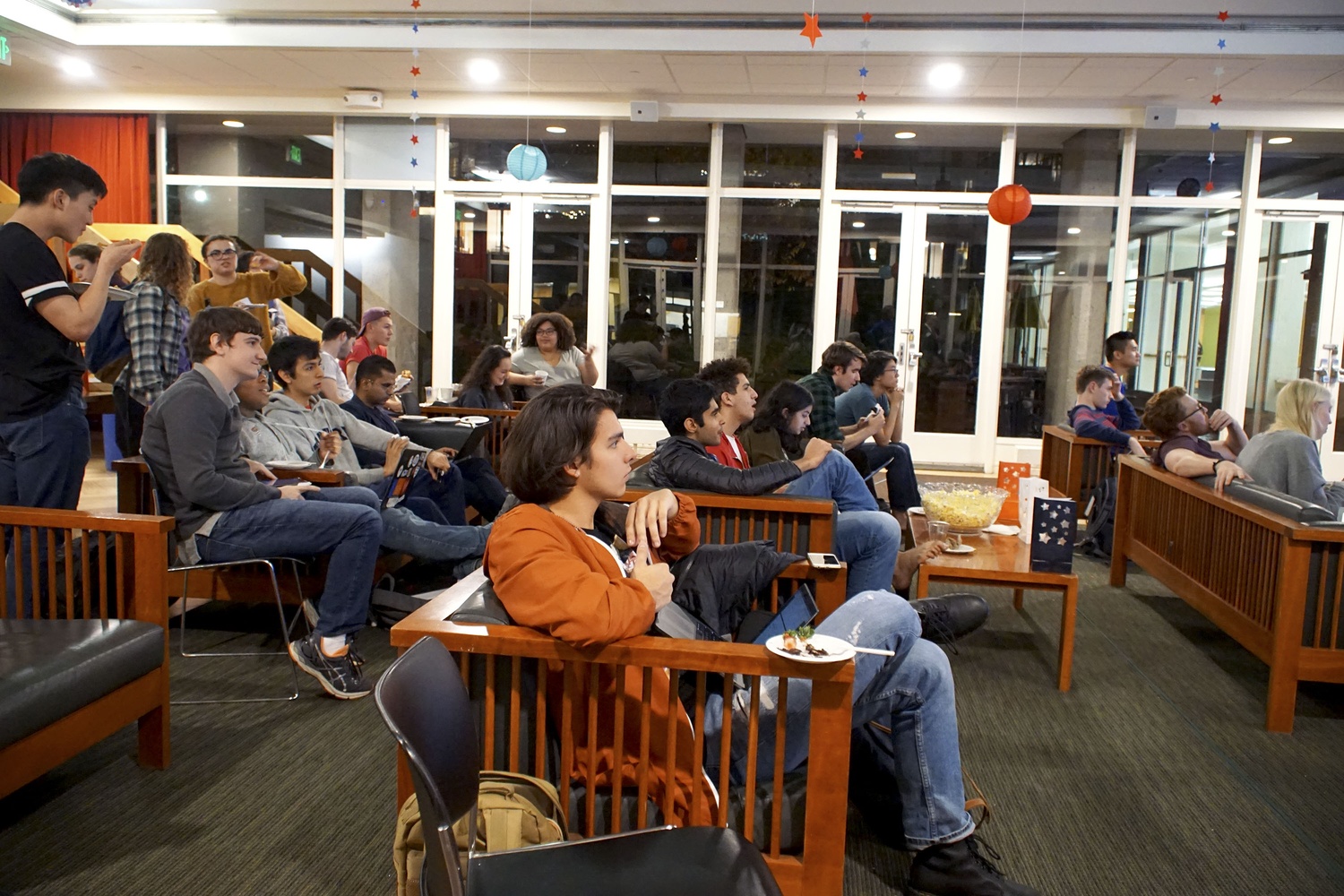 The Department of Government hosts an election night watch party in the Currier House Fishbowl. By Allison G. Lee

Pablo T. Rasmussen ’20, who is from Oklahoma’s 5th Congressional District — where Democrat Kendra Horn staged an upset victory in a race where the Republic was expected to coast to victory — said he was “glad” to see Democratic victories, especially in his home state.

“We were worried for a minute there about whether the blue wave was real or not — it’s certainly not a tsunami… but we’re no longer completely out of power, so it’s something,” he said.

Devontae A. Freeland ’19, president of the Harvard College Democrats, said he was “really excited” about Democrats regaining control of the House.

“It shows folks around the country wanted to stand up and take a stand against what they’re seeing from the Trump administration,” he said. “People have this misconception that we still have divided government and nothing’s going to happen, but we actually have the leverage to advance priorities like healthcare and immigration.”

Meanwhile, Rasmussen cautioned that despite Democratic victories in the House, divisions still remain across the nation.

“What is most disappointing is that tomorrow we need to wake up as a country and realize the same divisions that brought us disappointing results in 2016 are still there, and Democrats taking the House doesn’t change that,” Rasmussen said. “We still need to address these divisions both in and out of the ballot box.”

Freeland said the midterms were a referendum on President Donald Trump.

“Trump was on the ballot this fall and people voted him out,” he said.

Michelle Hu ’19, a Democrat from Illinois, said she voted for Democrat J.B. Pritzker, who won the governorship after incumbent Republican Governor Bruce Rauner conceded the race just an hour after the polls closed.

Despite Pritzker’s victory, Hu said she was concerned about Democrats’ prospects in other parts of the Midwest. She said Republican wins in those areas mirror Trump’s 2016 victory.

“But I think more young people voting can change that,” she said as she watched results roll in from the Currier House watch party.

At the conservative watch party, over 30 students gathered in Boylston Hall to watch FOX News’s coverage of the election. One student sported a “Make America Great Again” hat.

Katherine A. Krolicki ’20, Network of Enlightened Women president, said the group wanted its own space this year to watch the results come in and encourage a greater sense of “camaraderie” among conservative students.

“A lot of us were here on campus in 2016,” she said. “You could really tell how skewed the campus was, and you kind of felt left out in a lot of senses, so being able to be around people who are on the same side, and kind of understand your feelings throughout this night — it’s a nice way for us to all get together.”

For Harvard Votes Challenge co-founder Theodore “Teddy” N. Landis ’20, who attended the IOP watch party, watching the results unfold was a chance to see the culmination of a semester-long get-out-the-vote initiative.

“I am really proud of all the Harvard students who worked incredibly hard to ensure that their classmates voted,” Landis said. “This was a really exciting election because there’s a lot of energy among young voters, and I’m looking forward to seeing how that played out on a national scale.”