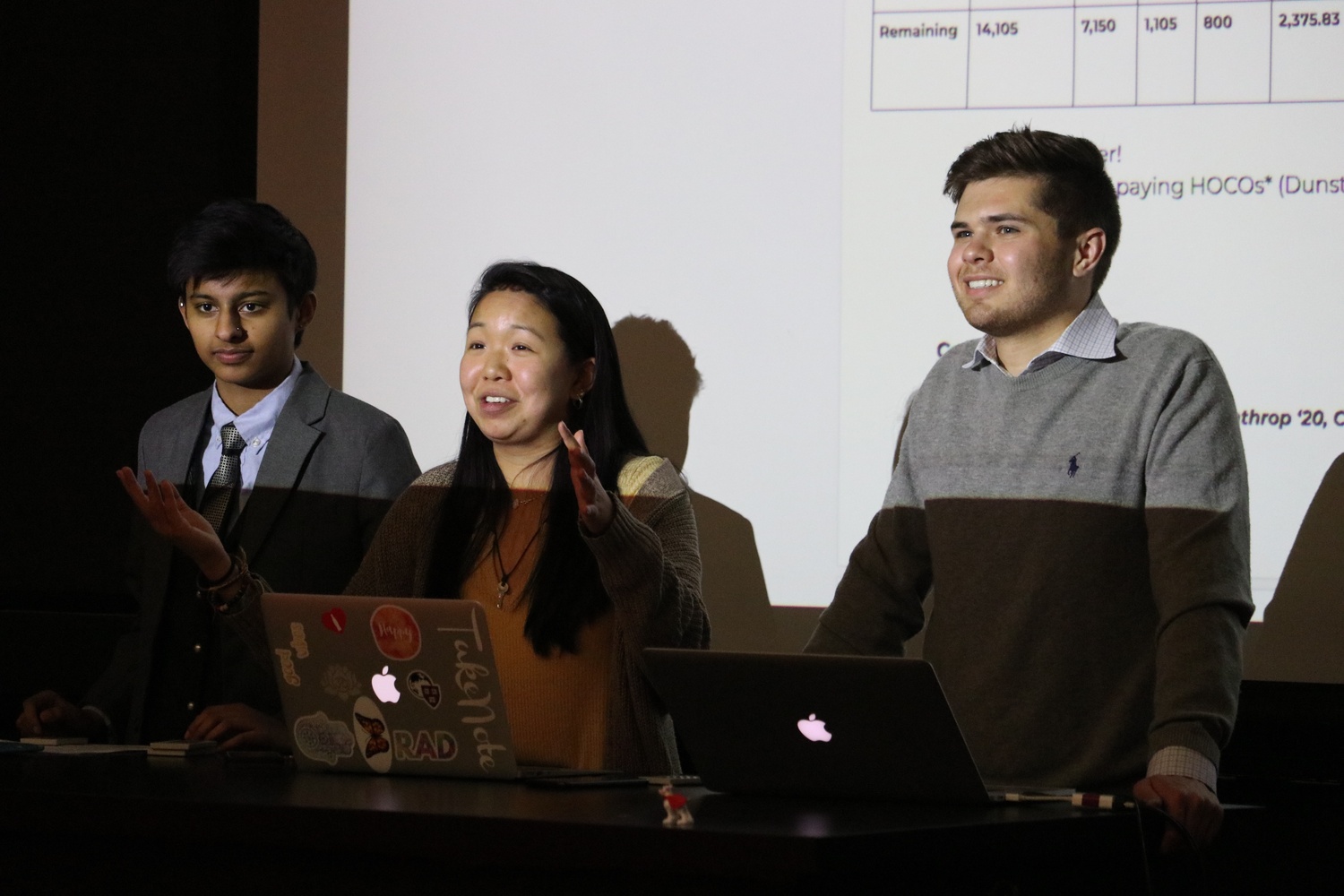 The Undergraduate Council passed legislation Sunday to collect feedback on its recent menstrual hygiene pilot program in order to convince College administrators to fully fund the distribution of hygiene products to all students.

The UC-funded pilot, which debuted last spring for freshmen and expanded to all undergraduates in the fall, provided free menstrual products to students in dorms and Houses. According to Eliot House representative Arnav Agrawal ’20, the pilot program was only intended to be a temporary measure to demonstrate the need for widespread availability of these products on campus.

“The ultimate aim of the pilot programs was not for the UC to do such pilot programs but actually act as a catalyst for institutionalization,” Agrawal said.

Agrawal argued the Council should not have been tasked with organizing and financing the pilot in the first place, calling on administrators to treat hygiene products like any other service they provide to students.

“Typically, we shouldn’t even be doing this,” Agrawal said. “I didn’t see the administration conduct a pilot program or a feedback form when they provided everyone with free toilet paper.”

“This is a basic utility that I think people should have,” he added.

The UC aims to provide administrators with feedback in time for the products to be made available to all students by this upcoming fall, according to the legislation.

Also during the meeting, Finance Committee members announced that the committee was overwhelmed with funding requests this week and was forced to make unusually high across-the-board cuts to its grants. The committee had allocated $25,500 for the week, but received $34,000 in requests, according to Finance Committee Chair Henry S. Atkins ’20.

Making matters worse, Atkins said the budget shortfall looked as if it would not be a one-time occurrence, noting that the committee has already received almost $34,000 in requests for next week as well.

Ivy Yard Representative Seth D. Billiau ’21, who serves as Vice Chair of Data of the Finance Committee, said after the meeting that although funding requests have increased, he wouldn’t characterize the situation as “dire.”

Billiau said the committee may be able to make use of unused money allocated last semester.

“If everything holds like it is has in the past, we will get that money back,” Billiau said. “But we can’t budget for it, you know, right now.”

Despite these assurances, Billiau wouldn’t rule out tapping into the Council’s emergency fund, a $20,000 pool of money set aside for pressing budget shortfalls.

“It’s something we’re considering,” he said.