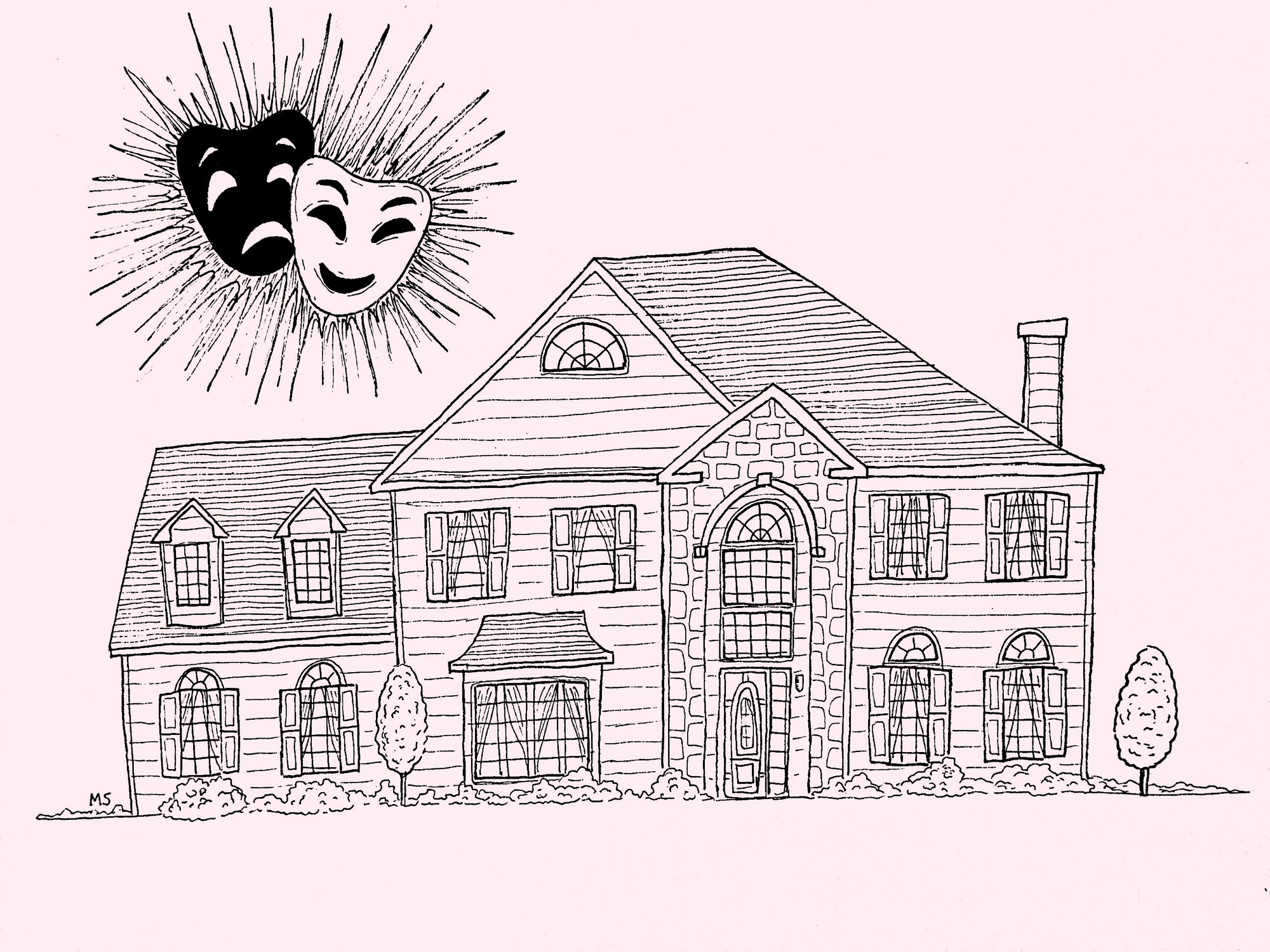 Good Places for Families to Live

For FM's "Contemporary Romance" feature, AMC revisits the closest thing she has to a hometown.
By Alicia M. Chen

On the morning after my 10th birthday, my mom, dad, brother, and I drove a rental car down the I-540 from Raleigh-Durham International Airport to Cary, N.C. We’d taken a one-way red eye from San Francisco, and even though my eyes were heavy from the long flight, I couldn’t fall asleep just yet because this small southern town of single-family homes and strip malls was about to make my life new and shiny.

When my family was finally able to afford a house in 2008, we did a lot of Google searches for “good places for families to live.” We found Cary this way—my parents didn’t have already-planned jobs there, nor did they know anyone. Online City-Data research told us, though, that the climate in central North Carolina was close enough to that of my mom’s southern Chinese hometown, the schools had high GreatSchools ratings, and the housing prices were reasonable, so we did it: We bought a house.

Compared to the one-bedroom apartment and then two-bedroom townhouse that my family of four had shared in California, the four-bedroom single-family home we were about to move to in Cary had seemed absolutely ridiculous, but also absolutely wonderful. Before our move, my six-year-old younger brother and I would talk about how we would be living in a mansion complete with a lawn—no earthquakes to protect ourselves from or California drought to keep in mind there. Maybe we could get a trampoline, or even a dog! We could watch the sunflowers in our yard turn toward the sun for the first time. We’d have a fenced yard just like all the fenced yards that I read about in Judy Blume books, and maybe I could have the same cul-de-sac adventures as Sheila the Great.

When I was 10, I loved Cary because it was what I wanted it to be. I arrived there to enroll in my fifth elementary school in five years, but it was the first place where I’d felt some sort of permanence; in my life where everything seemed to be always uprooted in a matter of months, I wanted something to hold on to. The soccer-mom-driving-luxury-SUVs-atmosphere (according to Urban Dictionary’s third entry for “Cary”) was unfamiliar, but at least I knew I would be calling it my life for the foreseeable future. It helped that being in Cary made my life perfect on paper—neighborhood swim team, piano and flute lessons, school lunch that didn’t have to be paid for in cash, the yellow school bus that took me to school every day so that my parents didn’t have to drive.

And in terms of Cary being new for me, I wasn’t alone. When we got there, the houses next to ours were empty and some of them didn’t even exist yet; they were waiting to be bought and built, many by immigrant families like mine who were moving to the suburbs at the end of the recession in search of affordable housing and good public schools. And in this way I was part of not only a city-expansion project but also a demographic change. It’s been ongoing—Cary’s still expanding 10 years later, but I no longer live on the edge of expansion because it’s moved miles out west. My subdivision, once on the edge of suburbia and deciduous forest, is being swallowed by houses popping up on all sides. As time has gone on, it’s become harder and harder for me to see the trees—maybe, in order for the American Dream to be possible for more people, these kinds of sacrifices need to be made.

As time went on, though, I got older, graduated elementary school, and spent less and less time in Cary. I applied to a magnet middle school in central Raleigh and started spending three and a half hours every day on a school bus—one and a half in the morning, two in the afternoon. I was one of the first stops in the morning and the last in the afternoon, so I’d stare out the window and watch the suburbs slowly fade away, listening to Avril Lavigne and Simple Plan and Taylor Swift through those terrible-quality previous-generation Apple earbuds that came with my iPod Touch, and reading Anthony Burgess and J.D. Salinger and Jane Austen. I would relate and hope and convince myself that I was somehow worldly and cultured and complex and knowledgeable, that I was defined by more than just a suburban town in central North Carolina where it felt like the most powerful political organizations were our local elementary-school PTAs. Books made me love Cary when I was 10, but when I was 13, they also began making me fall out of love—you could call it petty teenage angst now, but at the time, I thought it was anything but.

When I stopped going to school with my neighbors and spending all of my time at home, Cary changed for me in more ways than one. It changed from the center of my whole life to a place that I just came back to in the afternoon. It was all I had but then suddenly it wasn’t enough for me. I craved the action and change and mess-ups and fun that came with going to school far away—I fed off of the excitement of leaving the house at six and getting back home at four. I tested into and took Algebra I in sixth grade and got a 79 on my first test, which was the first time I found out that I’d never actually learned how to add or multiply negative numbers because I wrote that three minus five equals three fifths. I stayed in the class anyway.

I didn’t go back to Cary for high school, either. I went to a school in downtown Raleigh, another 30-minute drive, another journey out of the suburbs. My mom and I would drive on two highways every morning listening to Morning Edition on NPR, and at school I learned to like math, and I learned about history and government in a way that I’d never learned about before. I spent my free time learning languages and reading the news and going to the gym for the sole purpose of watching cable TV. I dropped out of high school after my junior year to live abroad under a State Department scholarship. I applied to mostly out-of-state colleges.

This winter break, though—my first college winter break—I was back home for a month, the longest period of time I’d been home for almost two years. I made a Spotify playlist called “i’m going home” and went to yoga classes with my mom every day and grocery shopped in H-Mart and the new Whole Foods and sat in Waffle House for hours late at night talking to old friends. I went to countless holiday house parties, walked our dog (who apparently now likes to jump on the trampoline in the fenced backyard), and went hiking in the state parks that now cover former tobacco plantations.

After that initial high, after that initial first love, after almost 10 years of growing further and further from Cary, I was back in the closest place I could get to a hometown, trying to learn about it and love it again. If I don’t hold on to Cary, what else can I hold on to?

This December I was driving at 75 miles per hour on the I-540, the same highway we were on the first night we arrived. Except now, nine years later, it’s a toll road, the state’s reaction to the growing number of employees in Research Triangle Park. And this time, I was driving by myself, just like Christine in “Lady Bird” did, cruising down that empty five-lane highway that I knew so well, and not listening to “Sk8er Boi” anymore.