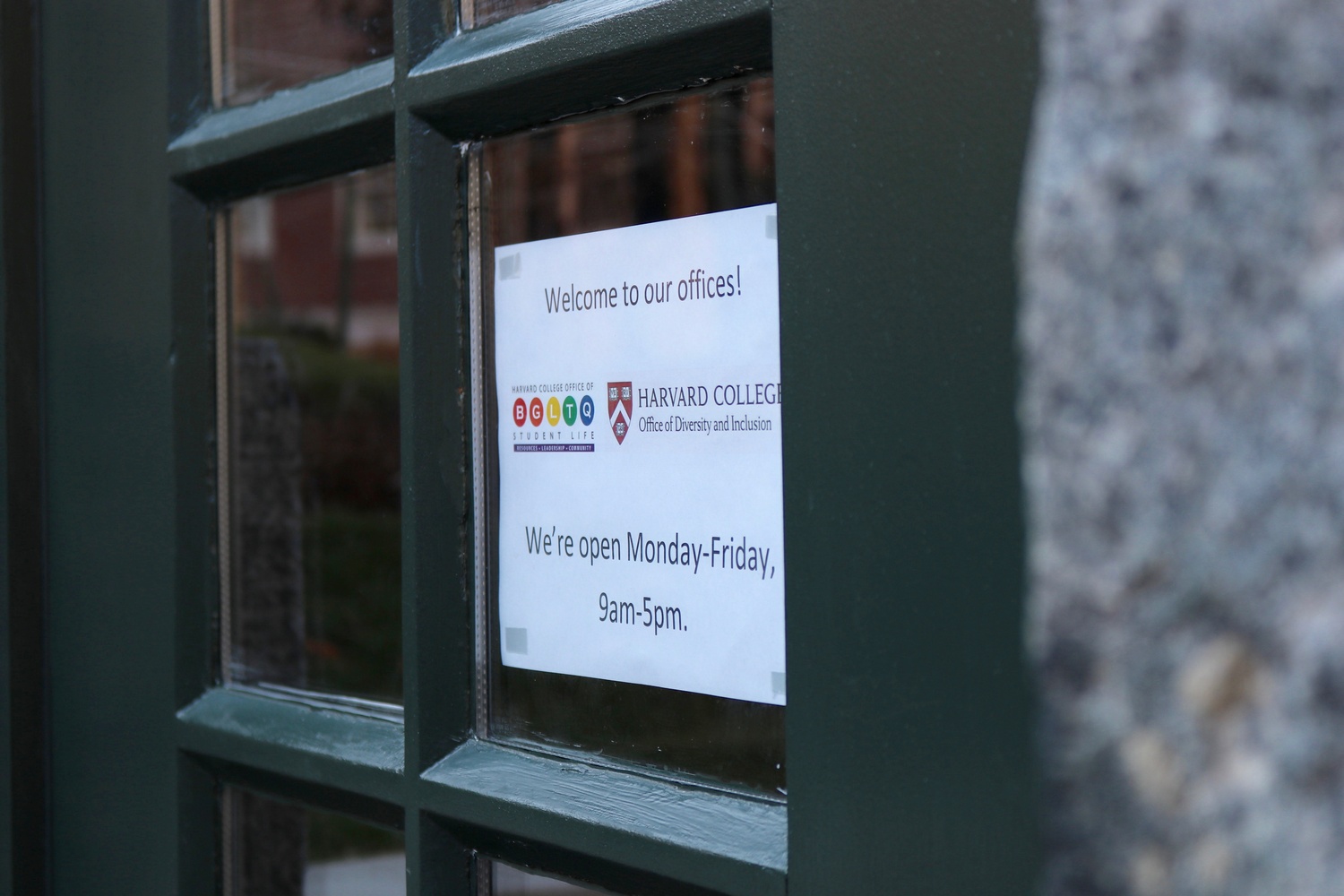 Biblical scholar and queer rights activist Matthew R. Vines argued for a BGLTQ-accepting reading of the Bible to a crowd of around 50 undergraduate and graduate students Saturday.

The event—which comes roughly two months after the College’s decision to put Christian student group Harvard College Faith and Action on probation after members demoted a bisexual leader in the organization—was jointly organized by Queer Rights, a Harvard Divinity School student group, the College’s Office of BGLTQ Student Life, and Faith in Differences, a group for religious BGLTQ undergraduates, according to an organizer.

During the course of his talk, Vines—who left the College during his sophomore year in 2010—talked about his personal experiences advocating for the rights of BGLTQ Christians to his family in Kansas, within his church, and as a member of conservative Christian student groups at Harvard.

“Despite some of the tensions and challenges that I had with those groups, it really was the best community that I found in my first year here,” Vines said. “I actually felt like I was able to get to know people and be seen and not be completely invisible.”

Vines discussed six Bible verses that some religious leaders assert condemn homosexuality; he reinterpreted the verses through the lenses of more “affirming” readings that place the lines in cultural and temporal contexts. Vines also argued that long-term, monogamous homosexual relationships were not a well-known cultural phenomenon until recently, and that, therefore, no Bible verse responds directly to these relationships.

Vines also responded point by point to arguments made by Jackie Hill-Perry, an “ex-gay” speaker and an outspoken critic of homosexuality, at a talk she gave at an HCFA meeting in February, shortly before College administrators placed the group on probation. Vines cited the controversy surrounding Hill-Perry’s visit—which drew protest from some students and faculty—as one of his motivations for coming to speak at the University.

“This type of message has done unfathomable harm and destruction to LGBTQ people around the world—broken so many relationships, broken so many lives,” Vines said.

Aidan L. Stoddart ‘21, who helped organize the event, said Vines’s focus on a close reading of scripture “creates a bridge” between Christians with varying ideologies.

“I think Matthew's a really important figure because he has a critical, and mature, and very deeply life-giving relationship with scripture that is centered on love,” Stoddart said. “Because it’s based on a love of scripture that we all share.”

Hanna McCuistion ‘20, who attended the event, said she comes from an “affirming” background, but had never thought much about the relationship between her Christianity and her support for gay marriage.

“It’s really great for me to hear from a position of a scriptural perspective, how I can use the scripture to show others that kind of love and potentially engage in more intellectual and scriptural conversations,” McCuistion said.