Construction on Pedestrian Crossings Over Soldiers Field Fall Behind Schedule 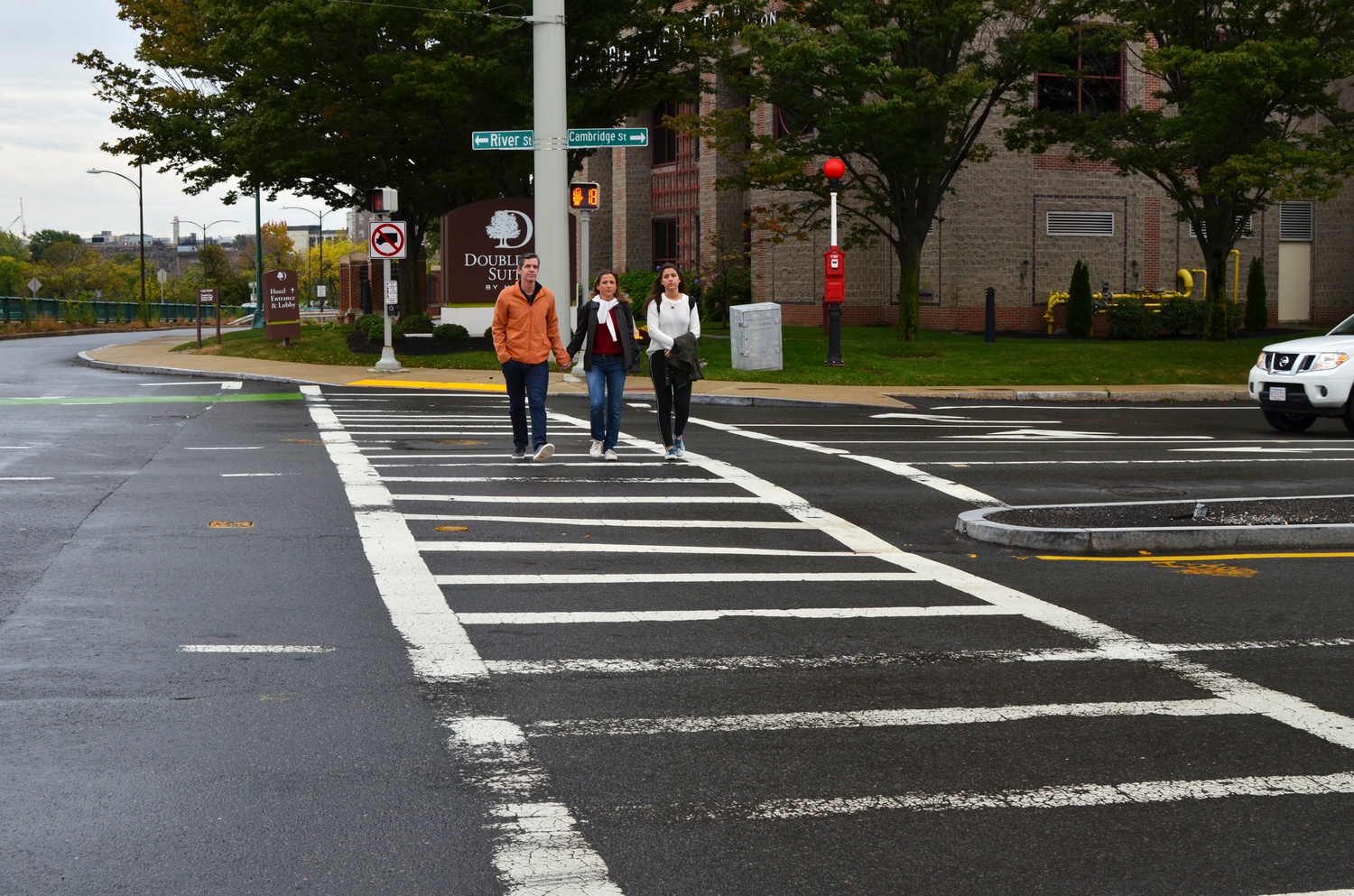 Long-running Harvard-funded efforts to build and renovate pedestrian crossings over Soldiers Field Road in Allston have fallen behind their scheduling projections.

Harvard first committed $3.5 million in 2014 to build pedestrian and bicycle crossings in Allston. The planned footpaths are intended to increase accessibility between the Charles River parklands and the neighborhoods.

The Massachusetts Department of Conservation and Recreation announced at a public meeting in November 2018 that final design plans for the project would be completed in spring 2019, and construction on the footpaths was slotted to begin in 2019. The designs of the crossways, however, are currently at only 25 percent completion, DCR spokesperson Olivia K. Dorrance wrote in an emailed statement Monday.

In addition to the DCR, the University has partnered with the Boston Planning and Development Agency and the City of Boston to plan and complete the project.

To date, the DCR has focused designs on building a crossing at Everett Street and renovating an existing footbridge at Telford Street, though additional sites may be considered if funding permits, according to Gerald Autler, senior project manager of the BPDA.

Autler said Tuesday that plans for the project have centered on the Everett Street development following stalled conversations about how to execute the Telford Street construction.

“The decision was made that they should focus on Everett Street,” Autler said. “The reason for that was that there was just a real difference in opinion among different segments among the community about the proper approach to Telford Street crossing.”

After the Everett Street construction finishes, Autler said he anticipates that the discussion surrounding Telford Street will come more into focus. He added that it will be important to evaluate how to best use Harvard’s monetary contribution.

“Once we’ve made headway on working with DCR to get the Everett Street crossing done, the next thing we'll want to reopen that conversation and determine what the most effective way of using the Harvard contribution is and raising additional funds if necessary to complete you know one or both of those crossings,” Autler said.

Some Allston residents said they are disappointed by the delay of construction.

“Making it safer to walk and bike from Allston to the Charles River has been a neighborhood priority for years and years,” Allston resident Harry E. Mattison said. “There was, I’d say, a lot of enthusiasm for Harvard sharing that interest and it’s just very sad that years after Harvard pledged that money to make it happen that it still feels like we’re at square one.”

University spokesperson Brigid O’Rourke reaffirmed Harvard’s commitment to the project in an emailed statement Monday. She did not comment on the timeline delays.

“Harvard is proud of its $3.5 million commitment to helping support safe pedestrian access to the Charles River, and looks forward to the project moving forward,” O’Rourke wrote.

Autler said though BPDA is a collaborator in the crossings project, the scheduling milestones are set by DCR.

“We’re very much a partner in helping them get this done, but it’s a DCR project, not a BPDA project,” Autler said. “Ultimately, they’re the ones who kind of are deciding about the time frame.”

Since 2017, DCR has organized multiple public meetings to gather input for the design and construction of the crossways. Dorrance wrote in an emailed statement Tuesday that the DCR invites the public to share their perspectives in an open comment period after each meeting.

“DCR recognizes the importance of public input in parks projects and takes pride in listening to stakeholder concerns and addressing them through revised design plans,” Dorrance wrote. “The agency received approximately 100 comments regarding the improvement project, which DCR has reviewed.”

The DCR plans to host an additional public meeting in the coming months to gather more input from Allston residents and present more design ideas, according to Dorrance.