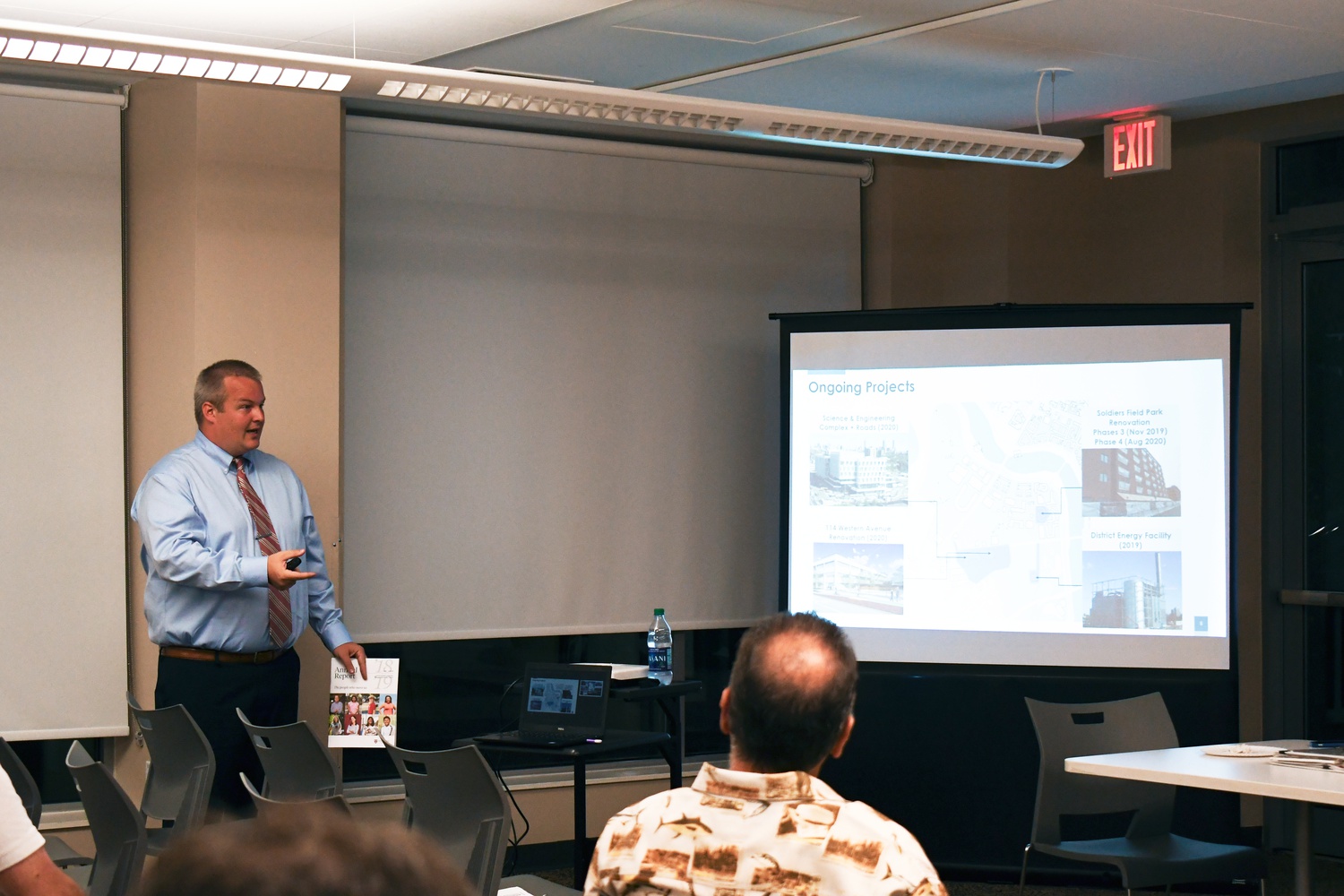 The Allston Talk Force discusses the future of the city's development, particularly Harvard's proposed plans on the Boston side of the Charles River, as well as protect against the effects of global warming. By Naomi S. Castellon-Perez
By Ruth A. Hailu, Crimson Staff Writer

Allston residents and Harvard administrators met Monday night to discuss the state of current University projects on the Boston side of the Charles River — including the construction of the Enterprise Research Campus, which prompted heated discussion from audience members.

The Harvard-Allston Task Force, a neighborhood advisory body for issues related to Harvard’s institutional projects in Allston, convened the meeting to discuss the University’s annual report on its cooperation agreements with the City of Boston and how those partnerships have affected the city.

The majority of the report centered around the Harvard Ed Portal — now five years old — which provides programming and resources to Allston residents and gained 530 new members this year. Programming areas include arts and culture, workforce development, health and wellness programs, and public school partnerships.

Harvard representatives also updated attendees on ongoing construction projects, including the Enterprise Research Campus. Several attendees said they are frustrated by the lack of opportunities for Allston residents to give input on the project since the research campus does not fall under the Harvard-Allston Task Force’s purview. The task force oversees institutional projects, but the new campus is a commercial development.

Audience members argued that the City of Boston should create a general governing body to oversee all Harvard developments, regardless of whether or not they are institutional projects. Creating such a group would lead to better neighborhood planning because of the wider perspective, according to Allston resident Jane McHale.

“I think those that have been watching the development over a number of years have a broader view on what actually is all happening,” McHale said in an interview after the meeting.

In response, Boston Planning and Development Agency official Gerald Autler said at the meeting that all members of the task force may be invited to join a group focused on reviewing the impact of the research campus and other related developments, but that the exact structure of this body has not been finalized yet.

The Enterprise Research Campus, approved in March 2018 and overseen by the newly formed Harvard Allston Land Company, has sparked debates in the past. Most notably, in 2017 the Impact Advisory Group raised concerns about housing, infrastructure, transportation, and open space during a BPDA-mandated comment period. In response, the University has said that it plans on creating affordable construction projects and reserving “upwards of 1,000” units of housing for local residents.

Harvard officials also updated attendees on the progress of a number of larger construction projects. Those updates include the completion of the first two phases of the Soldiers Field Park renovation; the Harvard Business School Pavilion renovation; and the Harvard Art Lab, which had its opening celebration Saturday.

A number of projects remain unfinished, including the new School of Engineering and Applied Sciences complex — set to open in September 2020 — and the District Energy facility.

Harvard-Allston Task Force Chair John A. Bruno also announced at the meeting that he is stepping down from his position.

“Your guidance and your direction...led this group to work with Harvard University and work with the city of Boston to not so much transform, but to make the necessary adjustments in our neighborhood,” Bruno said at the meeting.

McHale said she found the meeting and hearing about the updates to Harvard’s initiatives “rewarding.”

“[It’s] very rewarding because I've been involved in these meetings for 13 years, and to be in the original meetings where we're kind of fighting to get benefits, and then to actually see that come to fruition is really exciting,” McHale said.