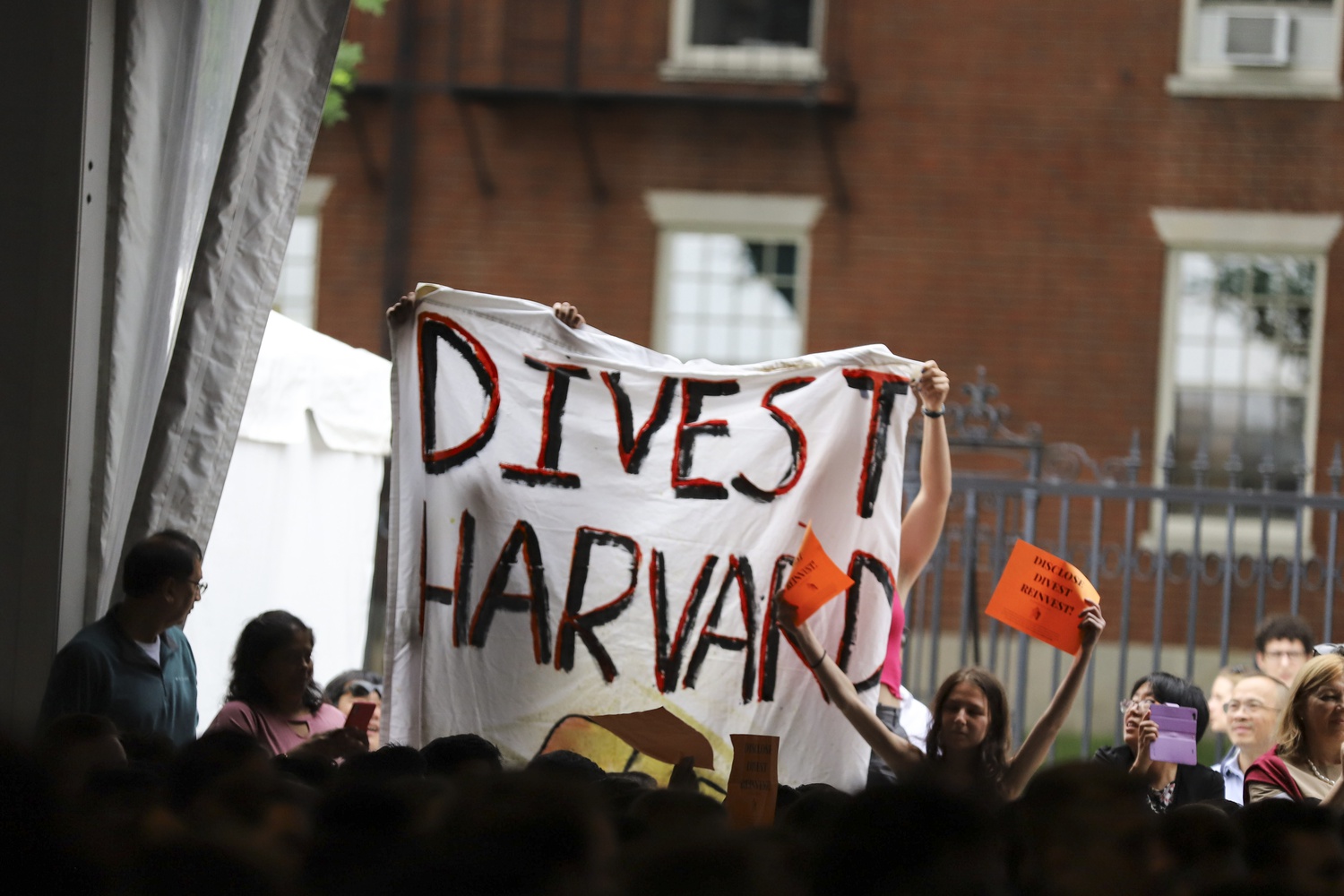 Wednesday’s meeting comes as the campaign has escalated their activism in recent years. Their current demands include complete fossil fuel divestment by Earth Day 2020 and a commitment to reinvest those funds more sustainably.

“We’re here because we care about this university,” wrote Ilana A. Cohen ’22 in a statement Divest Harvard issued Thursday. “We take that deadline of Earth Day 2020 very seriously. There’s a moral and financial imperative [to divest], and the case for divestment has been made.”

In addition to Bacow and Lee, Harvard Management Company’s Managing Director for Sustainable Investing Kathryn I. Murtagh attended the meeting. Lee — who leads the Harvard Corporation, the University’s highest governing body — reiterated administrators’ longstanding position that Harvard does not use its endowment for political purposes, the Divest Harvard statement said. It also noted that Bacow said the University must use its scholarship to address climate change and that Murtagh told students that Harvard has various environmental, social, and corporate governance guidelines that dictate their investment strategy.

“Bacow, Lee and Murtagh appreciated the thoughtful exchange of perspectives and the opportunity to continue the conversation with members of Divest Harvard,” Swain wrote.

Divest Harvard provided an account of the various issues discussed at the meeting, including students’ own experiences with climate change and the group’s demands. The account also includes the group's assertion that Harvard’s recent efforts to address climate change by means besides divestment are insufficient. In late September, Harvard announced its commitment to join Climate Action 100+, a group of investors who have signed on to reduce their emissions.

Divest members wrote in their statement, however, that they find this insufficient.

“Fossil Fuel Divest Harvard believes that the slow-paced shareholder engagement initiatives touted by the University are not only insufficient in addressing the climate crisis, but a harmful option that will distract from necessary climate action,” the statement reads.

Gabrielle T. Langkilde ’21, one student in attendance, told administrators how climate change impacts her life as a citizen of American Samoa — which is threatened by rising sea levels — and why that pushes her to call for divestment, according to the statement.

Divest Harvard has staged several demonstrations already this semester to bring attention to their cause. The group held a protest earlier this week regarding the University’s ownership of Brazilian land and led Harvard affiliates during the global climate strike in September.

Divest Harvard member Eva K. Rosenfeld ’21, a Crimson magazine editor, closed the conversation, arguing that Harvard will soon “lose its opportunity to be on the right side of history on the issue of climate change,” according to the statement.