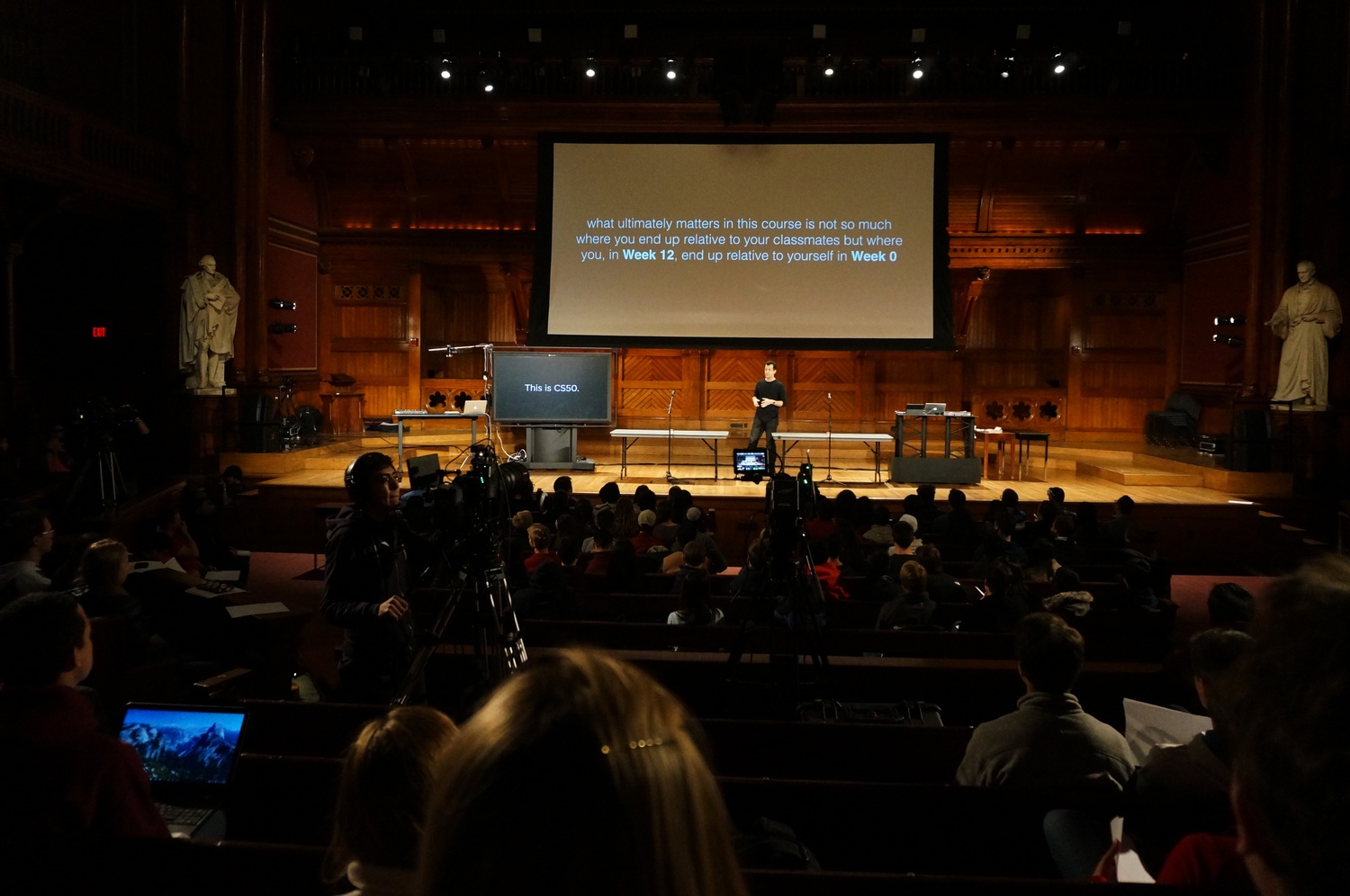 Computer Science 50: “Introduction to Computer Science I” released a report about the long-term efficacy of its “regret clause,” an academic honesty policy that stirred controversy upon its induction in 2014 for allegedly bypassing the Honor Council, last week.

The “regret clause” is one of several interventions the course has deployed to combat cheating among its students, which has been on the rise for over a decade, according to the report. CS50 “has the unfortunate distinction of referring to the university’s honor council, most every year, more cases for disciplinary action than any other at the university,” according to the report, which course instructor David J. Malan ’99 co-authored with two senior preceptors.

Beginning in 2014, a CS50 student who cheated on a problem set could invoke the “regret clause” within 72 hours. Though the course may levy “local sanctions” — such as a failing grade for the work in question — course staff pledge not to refer the student to the Honor Council, which may administer far harsher penalties, including compulsory withdrawal from the College.

“We instead advise students on how best to move forward and connect them as needed with support structures on campus for academics and mental health,” the report reads.

“All too often were students’ acts the result of late-night panic, a combination of little sleep, much stress, and one or more deadlines looming,” it continues.

The report adds that the Honor Council did not initially welcome the “regret clause” warmly. At the time, the Council’s members expressed concerns that the provision would allow repeat offenders to evade detection.

Eventually, the Council and course staff reached a compromise, wherein CS50 could keep the clause if they modified its language so that it could not be invoked by a student more than once.

89 students have availed themselves of the clause since 2014, according to the report. This figure represents “between 1% and 3% of the course’s student body each year.”

Malan wrote in an email that the majority of these 89 students ultimately had their plagiarized problem set — or the plagiarized subset of their work — “zeroed.”

Such sanctions typically do not severely lower a student’s overall grade, he added.

“Problem sets' weights have varied over the years, but this year, one problem set represents approximately 5% of one's final grade,” he wrote.

The clause has proven “most impactful” of all the course’s anti-cheating interventions over the years, according to the report. Ultimately, though, it has not succeeded in deflating the percentage of students referred to the Honor Council.

“Instead, we seem to have identified via our regret clause a demographic previously unidentified and, thus, unsupported: students who, to their credit, after submitting work not their own, wished to take responsibility therefor,” the report states. “Remarkably, among the dozens of students who have come forward under that clause since 2014 to admit some act of dishonesty, few of those acts were even detected by software.”

The authors wrote that the clause not only failed to reduce the number of cases referred to the Honor Council but actually “contributed to an uptick.”

“We now feel more comfortable referring cases after students have had an opportunity to take ownership themselves but have chosen not to do so,” they explain.

Asked in an email why he thinks the demographic who commits more detectable offenses does not take advantage of the clause, Malan declined to comment.

“I'm afraid that one's perhaps best answered by those in question,” he wrote.

Though the number of CS50 students referred to the Honor Council is trending upward — reaching five percent this past fall — Malan wrote in the report that he still thinks the clause provides value to students.

“Invocations of that clause have led to heart-to-heart talks, referrals for mental health, and, ultimately, teachable moments for an otherwise not-previously-reached demographic,” the report reads.