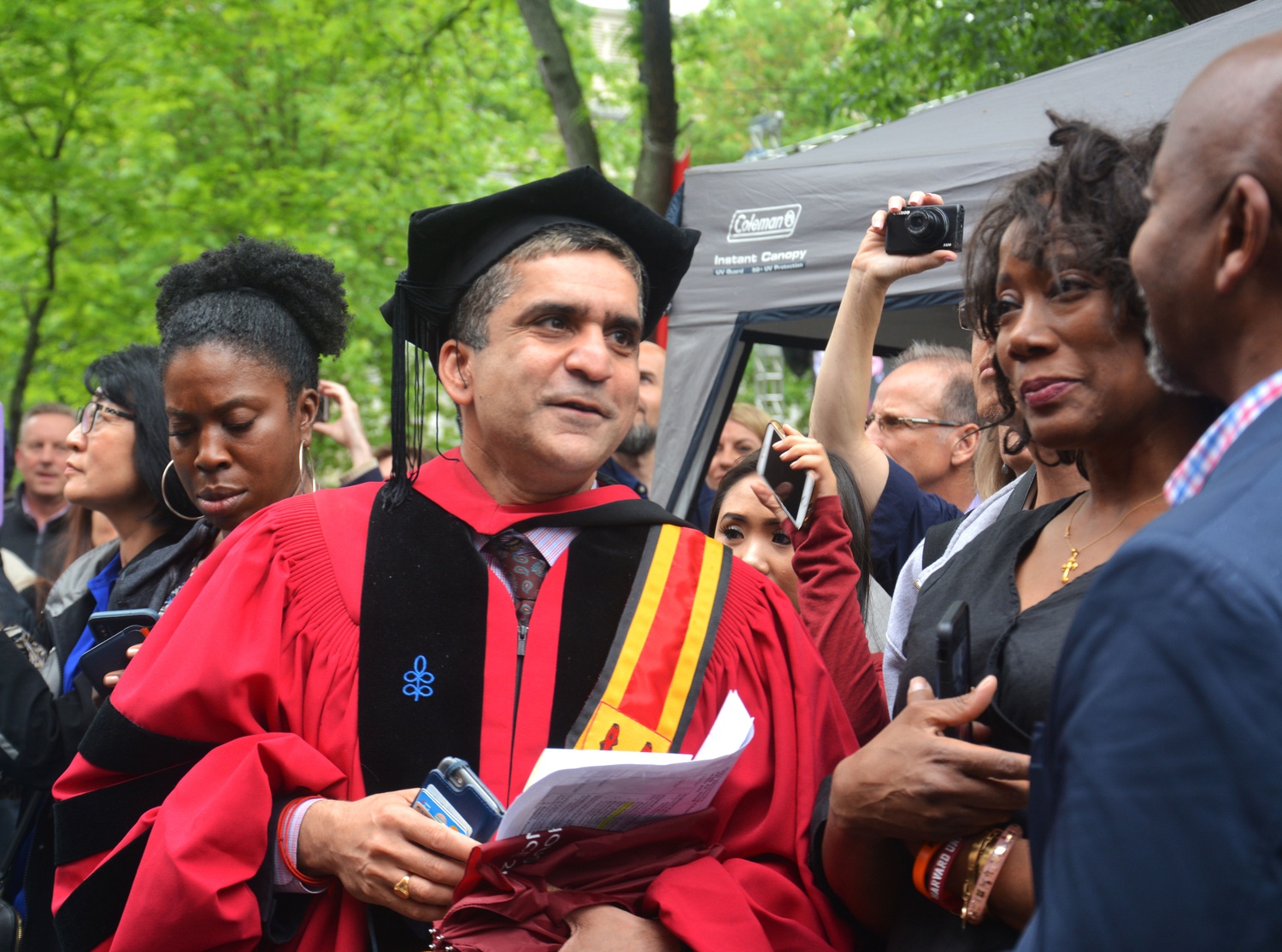 Dean of the College Rakesh Khurana said in a Friday interview he is “pleased” with the recent progress some students have made in transitioning their social organizations into compliance with the College’s social group policies.

“I had students come in, who are involved in creating these new RSOs or in transitioning their organizations, just tell me how just wonderful the experience has been to be able to do something new, to create a culture where people are meeting each other on equal footing, to develop friendships they wouldn't have otherwise developed in that kind of environment,” Khurana said.

Khurana’s comments come several weeks after nearly 400 undergraduates registered for the joint RSO recruitment process, according to Ivy President Margaret E. Reynolds ’20. Participating students sought to join one of four former sororities who have since gone gender-neutral: the Fleur-de-Lis, the Ivy, the Kali Praxi, or the Themis Asteri Club.

This year’s pool of RSO aspirants has bloomed to roughly four times the size of the 2018 pool. Last year, Harvard’s sororities saw record-low interest as several prospective members weighed whether to comply with the sanctions.

Khurana said the RSO recruitment process has reflected well on Harvard’s policies and serves as a model for other colleges and universities.

“I think Harvard is doing what Harvard does best and what's right for it. But I think our students are not only leading for Harvard, but I think they’re leading for higher education,” he said. “I think this is something that when they look back on, they'll be very proud of.”

Khurana and the College first unveiled the policy in May 2016, breaking a nearly three-decades-long period of administrative distance from Harvard’s unrecognized social groups. Since then, the policy has gone through several reviews before it took effect starting with the Class of 2021.

Several Greek groups chose to shut down in the face of the sanctions, leaving Harvard without all-female social groups for three months. The Harvard chapter of Alpha Phi returned to campus in November and remains the sole female-only social organization at the College.

As the former sororities and other gender-neutral organizations adapt to the College’s new policies, some final clubs and Greek groups decided to fight the sanctions.

In December, a group of sororities, fraternities, and students filed a pair of lawsuits in state and federal court against Harvard alleging its social group policies are discriminatory and unconstitutional. International organizations for sororities Kappa Kappa Gamma, Kappa Alpha Theta, and Alpha Phi, and a management corporation for chapters of sorority Delta Gamma are among the plaintiffs in the suits.

The University has recently moved to dismiss both suits, though experts say both cases will likely move forward.