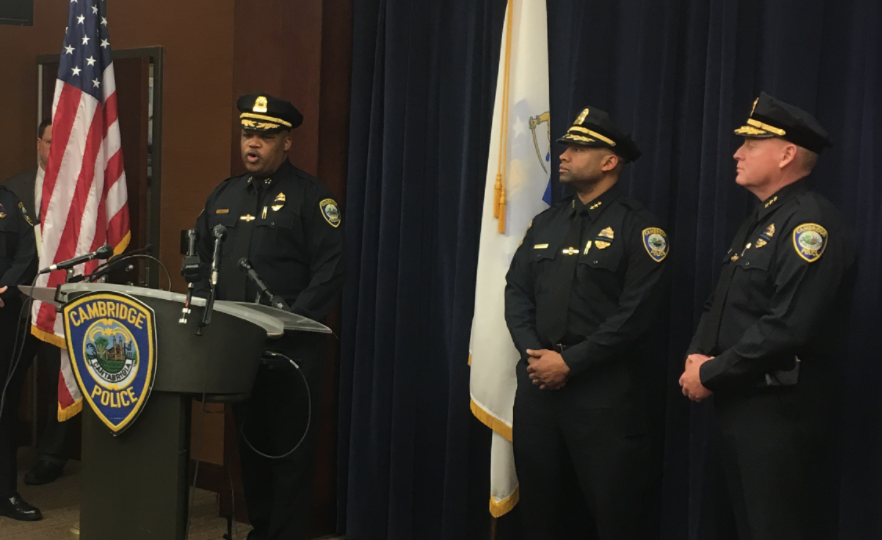 An independent review of the Cambridge Police Department’s conduct towards a black Harvard undergraduate they arrested last April found the officers had complied with departmental policies, according to a report released Friday.

“I carefully considered all of the evidence and circumstances and conclude that the officers of the Cambridge Police Department acted appropriately and I found no evidence that they used excessive force,” wrote former Chief Justice of the Massachusetts Supreme Judicial Court Roderick L. Ireland, who led the review.

CPD officers arrested the student after a physical confrontation on April 13, 2018 — the night of Yardfest, Harvard’s annual spring concert — on charges including indecent exposure, disorderly conduct, assault, and resisting arrest.

That night, officers responding to multiple emergency calls arrived at the corner of Massachusetts Avenue and Waterhouse Street, where the student stood just feet from campus. Four police officers spoke with the student, who was naked and likely under the influence of narcotics, for a few minutes before the student took two steps toward one of the officers, according to video footage of the incident and a police report filed at the time.

After the student took one step back and raised his arms to chest-level, an officer behind the student tackled him to the ground. One officer punched the student’s head, and another officer delivered five punches to the student’s stomach in an attempt to subdue him, according to Ireland’s report.

The forcible arrest of the student drew allegations of police brutality. Shortly after the incident, the Harvard Black Law Students Association issued a statement condemning the arrest and disputing CPD’s version of events. A CPD report filed at the time had stated the student was acting in an “aggressive manner.”

In the weeks after, College students formed the group Black Students Organizing for Change, which held a protest in Harvard Yard and circulated a letter criticizing administrators’ response to the arrest.

CPD announced in May 2018 that Ireland would lead an independent investigation into the department’s own internal review that later found that officers did not violate their policies. Both the CPD and Ireland’s report recommended changes to the way officers handle comparable arrests in order to prevent similar incidents in the future.

Ireland recommended that CPD train officers to handle mental health issues more effectively, bolster their relationships with community members via a public forum, examine officers’ conduct internally, and periodically consult experts about best practices. He wrote that the role of police officers has shifted from a “warrior” to a “guardian” more broadly.

“Such outreach is important, because it is difficult for the average layperson to look at this particular incident in isolation from the numerous cases that have occurred across the country in which black men have been subjected to overreactions or excessive force from police officers,” he wrote. “Rightly or wrongly, any event involving police will be looked at with some skepticism and questioning.”

Cambridge Police officers went through new intervention and communications trainings at the beginning of this year, according to a press release. CPD also announced that Harvard Psychology Professor Mahzarin R. Banaji will lead implicit bias training for its officers in June.

The University launched its own, separate review of the April arrest last year. Former University President Drew G. Faust formed a committee to review the circumstances that led to the arrest. Their report, released in November, suggested changing Yardfest, hiring front-line mental health professionals, and streamlining a set of alcohol- and drug-related policies.

At the time, University President Lawrence S. Bacow wrote that he was “troubled” by student behavior at Yardfest in 2018. This year, the College scheduled the concert on a Sunday afternoon and prohibited outside guests, among other changes.

Cambridge Police Commissioner Branville G. Bard, Jr. said in a press release that he plans to continue discussions with BSOC.

“As a follow-up to the issuance of this report, I look forward to building upon and advancing the conversations we have established with Harvard’s Black Students Organizing for Change,” Bard said. “We are also committed to making Command Staff and other members of the department available to meet with interested residents in the City of Cambridge to discuss the report, its results and general inquiries about the Department, as we did in the weeks initially following the April 2018 incident.”

College spokesperson Aaron M. Goldman declined to comment on the results of the independent review.