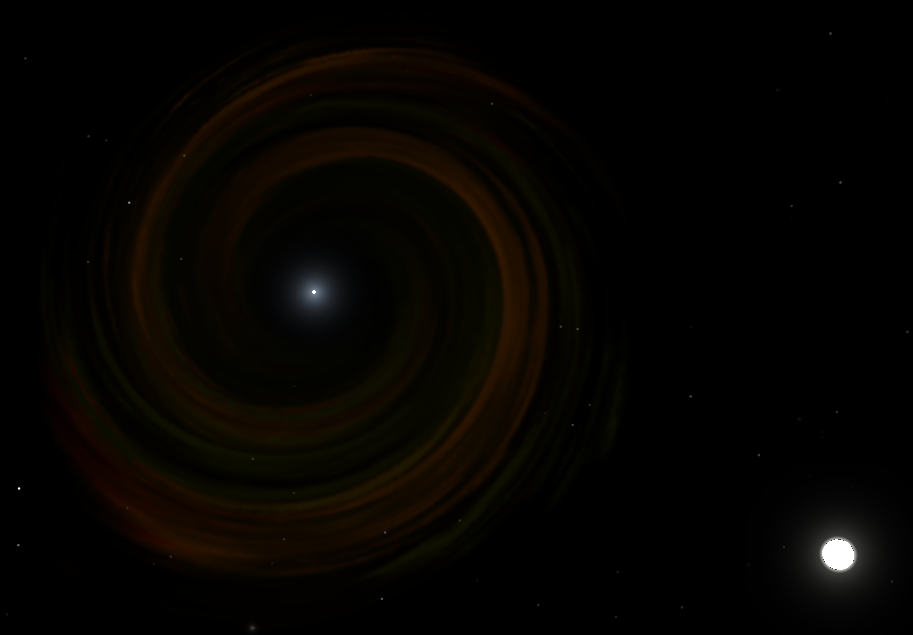 "One minute, you’re looking into this light, and the next you’re waking up, hours later."
Advertisement
Advertisement

Further Realms: Are We Alone?

Alien encounters are usually written off as far-fetched and unproven. Maybe they are. But I think it’s myopic to call them impossible.
By Sophia M. Higgins

It usually starts with a bright light. Often, one that is white and amorphous. Sometimes it’s warmer and it breathes, like a shape-shifting fire. I’ve read stories where it’s just a glowing wall of energy that envelops you. Lost time is the biggest tell-tale sign. One minute, you’re looking into this light, and the next you’re waking up, hours later.

Alien encounters are usually written off as far-fetched and unproven. Maybe they are. But I think it’s myopic to call them impossible.

Avi Loeb, chair of Harvard’s Department of Astrophysics and head of the Black Hole Initiative, has made headlines recently for his statements about ‘Oumuamua, an oblong interstellar object that he says may have come from intelligent lifeforms. I sit down with him to discuss the stigma around studying extraterrestrial life and why researchers should consider the possibility that ‘Oumuamua is something artificial.

“We know that a quarter of all the stars have planets like the earth, with surface conditions like the earth,” Loeb says. “I don’t see earth as special. I think anyone who thinks otherwise is showing arrogance.”

An interstellar meteor much smaller than ‘Oumuamua came to Earth five years ago but only made headlines last week. The entry speed of this meteor was twice the speed of the earth’s rotation. This unusually high velocity means the object was not bound to the sun’s gravity and instead must have come from the habitable zone of another star system, raising the possibility of life being carried within such a rock.

This idea of transferring life between stars is called panspermia. In theory, direct panspermia happens when an intelligent civilization sends out a probe containing life to spread.

“The interesting question is, ‘Did our life start this way or was it the clumsy process of chemicals coming together like many scientists believe?’” Loeb asks.

Government agencies, universities, and theorists have considered the idea that life came to Earth from somewhere else. Loeb raises the example of rocks that crashed into earth from Mars billions of years ago. By studying their magnetic fields, researchers were able to determine that one remained at a low enough temperature inside to have potentially carried life to this planet. Could such a journey be possible between stars, too?

Water bears, also called tardigrades, are often cited as an example of an enduring life form that could survive a journey like this one. As micro-animals, they have strong survival abilities and are able to withstand extreme conditions, living anywhere from volcanoes to the deep sea. They have the ability to go into deep, death-like hibernation for years and then revive. If a life form could travel between solar systems, it would be an extremophile like the tardigrade.

The United States government, among others, has launched numerous projects to investigate extraterrestrial life and UFOs. These projects are the subject of conspiracy and speculation,the most famous of which is a large crash in Roswell, N.M. in the 1950s. Only one document is declassified, and it describes a large flying disk that was found crashed at the military base. The Air Force later claimed it was one of their weather balloons. Some people call this a coverup, believing the disk to be a UFO. I’m not sure how much I believe the official story.

Extraterrestrial UFOs like the one purportedly sighted off the coast of Ireland in November are often written off as more commonplace phenomena like comets, clouds or man-made UFOs. Loeb says UFO sightings are likely military projects the public doesn’t know about.

Still, many eyewitnesses and conspiracy theorists believe we have had contact with extraterrestrial beings more directly than just seeing UFOs.Turns out there are some people who identify with certain extraterrestrial species. Online communities have formed from people who feel they are manifestations of “multidimensional beings” from other worlds — they call themselves starseeds. AskingAngels.com says there are more than 200 million of them.

Each of these groups possess a palette of characteristics that shine through in earthly ways. Pleiadians, for instance, are care-taking empaths with a martyr complex. Sirians are often practitioners of magic and witchcraft, with old souls and the desire to teach.

Browsing the depths of YouTube, Reddit, and some niche starseed sites, I try to figure out if I might be the earthly incarnation of a multidimensional soul. There are personality tests that can give me an idea. I’m asked multiple choice questions about my spiritual nature, my emotional dispositions, my crystal preferences. Looks like I might be a Pleiadian. That could explain my emotional repression.

Another kind of being that some claim has infiltrated our world is “lizard people” or Draconians. First popularized by David Icke, they come from the Alpha Draconis star system and reside on this planet to sabotage humanity. They often become powerful, rich, famous or all of the above to destroy us from within.

I look around for these lizard people on the streets of Cambridge. A witch from YouTube said they tend to smell and give off generally bad vibes. I sit at the Law school and spot a tall blonde man looking determinedly at some nonspecific distant point. He seems stressed but not heartless. I see a pair of students drinking coffee in the lounge. They look weary but nevertheless human. One man in a suit walks by and seems a bit lifeless behind the eyes. He could be one, but I didn’t get close enough to catch a whiff.

The simultaneous high probability of extraterrestrial life and lack of evidence in favor of it is called the Fermi paradox. Everywhere I look, I could speculate — the strange circular patches in the grass, a momentary lapse in my perception of time, a sudden foul smell. But I can’t be certain.

Loeb tells me that though we don’t have any conclusive evidence of alien life on Earth, that shouldn’t stop us from prioritizing scientific inquiry into the existence of interstellar life.

“It’s a natural tendency of humans, to think that they are the center of things,” he says. “We as a civilization will mature once we go out to the cosmic street, find other kids out there and realize we are not the smartest kid on the block.”

I might have seen a UFO the other day. It was overcast, so it was difficult to make out the source of the moving light above the power lines. I thought about the vast expanse beyond the sky and felt altogether less alone.

—Magazine writer Sophia M. Higgins can be reached at sophia.higgins@thecrimson.com. Follow her on Twitter at @LAVAGXRL666. This is the fourth and final installment of her column, Further Realms, which explores rituals that uncover hidden worlds.