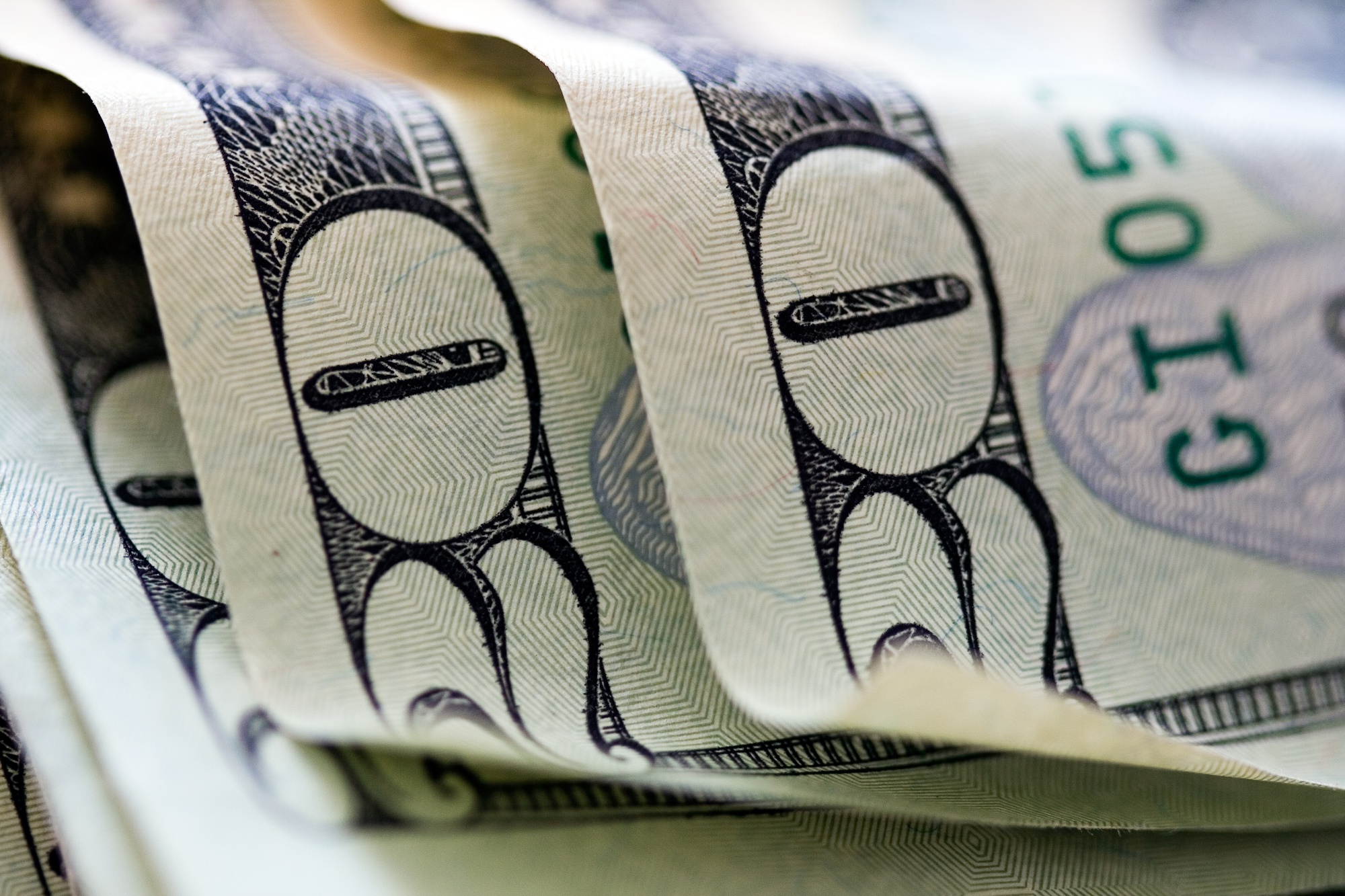 Relationships facilitated by Seeking Arrangement have an explicit financial agreement built into them, in which an older person pays a younger person to go on dates and sometimes to have sex.
Advertisement
Advertisement

The landing page of the Sugar Baby University website greets me with a “student debt clock,” a live update of the combined total that American students owe.
By Malaika K. Tapper

Two young white women — one holding a lollipop in a Sugar Baby University t-shirt and a plaid miniskirt, the other in a low-cut yellow dress — flank a chalkboard. Below the board is a shelf of leather-bound tomes. On the chalkboard itself is written, “YOU + Seeking Arrangement = No College Debt.” The women stare seductively at me and the website text chimes in, “DISCOVER A NEW WAY TO AFFORD AN EDUCATION.”

Sugar Baby University is part of Seeking Arrangement, the world’s largest website for monetized dating. This means relationships that have an explicit financial agreement built into them, in which an older person pays a younger person to go on dates and sometimes to have sex. Babies and parents can be of any gender, but the website almost exclusively presents babies as women and daddies as men. Payment can be in cash, checks, presents and expensive meals, as well as vacations or shopping trips. The link on the Google results page, however, promises something much bigger: “Free Tuition.”

The problem here isn’t sex work. The problem is the way this company is advertising sex work.

I came across Sugar Baby University after reading an article in the BU Daily Free Press about a student who “turned to sugaring” in order to pay off her student debt. The piece opens, “Gina is not a student who spends money on frivolous things.” It continues, “Her hunter green Columbia backpack is well-worn and her nails look chipped and broken.” I know lots of women in college who use Seeking Arrangement, and I was interested in this figure of the studious, dressed-down college student who turns to sugaring to pay for her studies. This felt, to me, like a justification: It’s only okay that Gina sugars because she needs to do it. She doesn’t just want money to spend, she wants money to do something “good” — to get her B.A. Being a sugar baby is just part of a high achievement lifestyle: Gina prioritizes her education, and sugaring is a means to that end.

After hearing so many friends of friends talk about using Seeking Arrangement, I checked it out. The landing page of the Sugar Baby University website greets me with a “student debt clock,” a live update of the combined total that American students owe. Right now it tells me that number is $1,620,000,000,000. As I stare at the computer, the number twitches and grows before my eyes. It is a panic-inducing figure, stretching across the screen.

The company whips up fear, then they offer a way out: the “join” button hovers in the upper-right corner of the screen, no matter how far you scroll down. “College Sugar Babies receive an average $3,000 per month... Don’t waste precious study hours at a minimum wage job. Connect with generous benefactors on SeekingArrangement.com.” It frames sugaring as a loophole, the obvious answer that no one knows about. It’s as simple as taking out a loan, but this one you don’t have to pay back.

Seeking Arrangement encourages and incentivizes new signups to register using their college emails, so that their website can boast a list of the colleges where the most students use Seeking Arrangement. This in turn works to attract even more college students to sign up, assuring them that sugaring is done at big schools and normalizing the practice. But the benefits of Seeking Arrangement’s “students” section go deeper: Iit also attracts potential sugar daddies. Sugar Baby University even has its own page so people can find college girls easily to help them out of student debt.

In newspaper and magazine articles, and on the Seeking Arrangement website itself, there is a trend of vivid imagery, an invocation of the school fees, the books, the lab equipment sugar babies pay for with their sugar money. You can almost feel the weight of the textbooks they rush back to campus to buy. The Seeking Arrangement press kit includes a list of the schools with the most sugar babies and a pie chart detailing what sugar babies spend their money on. According to the logic of the website, although she is working for money, it is not her, the sugar baby, who pays for her college. Because her work is dating or having sex with a sugar daddy, it is the daddy who pays for college.

The allure of a college student sugar baby goes beyond the obvious savior complex. While the website is studded with images of sexy school girls, I actually think the driving power behind Sugar Baby University’s appeal and the way its marketing functions is not a true amalgamation of school and sex. The sugar baby is not a sexy school girl, but rather a school girl who, if so inclined, sometimes has sex. The Sugar Baby University model asks women to compartmentalize those two identities, a sexual person and studious chem major, within a single body. It lets daddies fantasize that when he meets his sugar baby in the bar she will act sexy, but as soon as he drops her off at the campus gates, she will go straight to the bookstore.

Seeking Arrangement also wants to appeal to potential sugar babies. “Join today for an elevated college or university experience.” SBU claims that it will make your education “higher class.” This works in two ways: On the surface, it refers to the material opulence of the sugar lifestyle. With the sugar daddy, she is vaulted into the realm of lavish dinners, shopping sprees, and impromptu vacations. But more than that, the promise of a “higher-class education” refers to the difference between a debt-ridden student and a woman who can pay for college out of pocket. The advertisements suggest that when you sugar, your education goes from constant work to a smooth ride. Rid of the worry lines caused by crushing student debt, the sugar baby herself is “elevated,” “higher class.”

In a promotional video for Sugar Baby University, an SBU logo appears over a fictional college campus and we watch white women jog in high heels between sleek classrooms where, instead of studying, they browse SeekingArrangement.com. They appear to be running from casting call to casting call. When an SBU student graduates, she is greeted by her sugar daddy with a chaste cheek peck and they drive away in his Porsche. In this video, Sugar Baby University is quite literally an educational institution, a real live college campus. It feels to me as though Seeking Arrangement wants me to equate sugaring with being a model. The paradox here, in my mind, is that most models are notoriously underpaid. While Sugar University appears initially to be a way to make money and get out of debt, the farther I get into the process of making a Seeking Arrangment account, the more it feels like they’re trying to convince me that sugaring isn’t a “real” job at all. When I think of modeling, I think of the allure as the glamour and the lifestyle, rather than the work. The framing of Sugar Baby University as a sunny campus where students attend casting calls instead of class ignores the fact that sugar babies are working in order to earn money.

The other night, a friend told me a story about someone who worked as a sugar baby during graduate school. During this time, she used money from a daddy to pay for an apartment. We agreed with a laugh: “yeah, definitely worth it — how’re you going to say ‘no’ to a free apartment?” But we’d missed something big: That apartment wasn’t free; the student worked for it and bought it.

Another problem is that the daddies don’t always see sugaring as work. In an episode of the podcast “Death, Sex and Money,” a woman who works as a sugar baby explains that while she self-identifies as a sex worker, “it’s more so the men that [she meets] who have a problem with that language.” Because they are choosing to pay for dates and sex using Seeking Arrangement rather than an escort service or what is traditionally labelled prostitution, many daddies have an aversion to labels that classify sex as work. Lizzie explains that men often specify “no pros,” or “no escorts,” and try to make transactions as subtle as possible. Many daddies don’t think of themselves as the type of person who would pay for a prostitute. This means they don’t think of the babies as professional; the companionship and sex are not seen as labor.

When people tell me about their own or friends’ experiences with Sugar Baby University, they refer to it in a very light manner, trying to combat any hint of stigma. This is a good thing, but it also feels eerie, as though Seeking Arrangement as a company also wants us to talk about sugaring in this way. It’s not that selling sex for money is cause for judgement or shame. But because Sugar Baby University presents the sugar baby as doing no work — as getting free money, having someone else pay for college — it acts as though there is no emotional labor or physical risk involved with sugaring. Seeking Arrangement erases the daddy as a factor and focuses instead on what he can give; in turn, it erases the baby’s work and focuses instead on what she gains as a student at Sugar Baby University.

—Magazine writer Malaika K. Tapper can be reached at malaika.tapper@thecrimson.com.