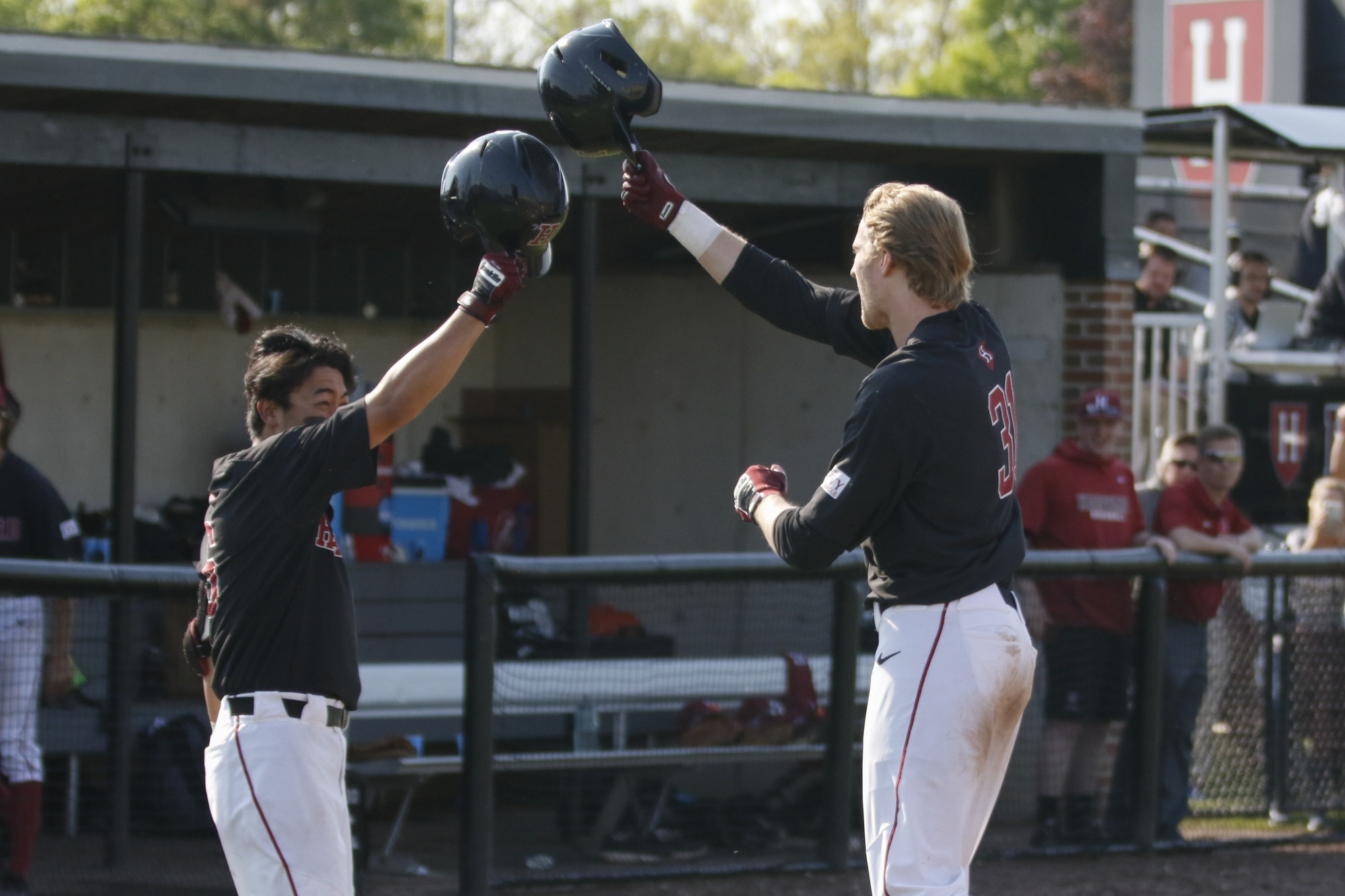 While most Harvard students will be attending Commencement ceremonies or enjoying the start to their summer vacations, the Harvard baseball team will be readying itself for the Super Regional round of the NCAA Baseball Tournament. After capping off their 27-13 regular season (14-7 Ivy), the winningest in many years, with a victory over Columbia in the Ivy League Championship, the Crimson is heading to Oklahoma City to face Oklahoma State on May 31st.

Harvard Baseball’s season has been one to remember. It featured a Beanpot Finals appearance, a broken saves record, a nation-leading slugger, and a historic nine-run ninth inning comeback. To top it all off, the team has made it to the NCAA Tournament for the first time since 2005, and the players could not be more excited.

“It’s obviously been a super fun year so far,” said senior first baseman Patrick McColl. “Playing in the Ivy League Championship and winning that on our home field has been an unbelievable experience. And we’re a super tight team, so it’s been the best. We get to keep playing, which is the best way to end a Harvard Baseball career.”

For McColl and the other seniors, the berth into the Tournament is especially meaningful. The veterans of the Crimson squad will leave their mark on the program as they don a Harvard uniform for the last couple of times.

“It’s awesome — it’s the best thing to go out on top,” McColl offered. “Winning an Ivy League Championship in any year is cool — it’s cool for the freshmen coming in right away and getting that win — but especially for us, the team struggled a little bit early on in our careers, so seeing that whole transformation and ending up on top in our last year is really special. We can all look back on an unbelievable experience that none of us will ever forget.

At the helm of Harvard Baseball is head coach Bill Decker, who received his share of accolades this year as he led the program. In November, Decker was named one of the most influential representatives of baseball by the New England Baseball Journal, and Decker was recently named Ivy League Baseball Coach of the Year. Decker’s leadership has been invaluable for the team throughout this year’s historic run.

The most significant games of the team’s season will be played on the road — so gone is the home field advantage that the Crimson has gotten accustomed to in the past few weeks. But now that it has been announced that Harvard will be facing off against Oklahoma State, the squad can prepare for the matchup much more effectively.

“We’re okay with the travelling thing — we’ve done that before early in the season when we had to fly places as a team — but we’ve been playing a lot at home, so going on the road is something we have to prepare for,” McColl added. “But it’s fun to go on a journey, go somewhere as a team where we’ve never been before. And it was a bit of a waiting game for a while — now that we know who we’re playing, we can really prepare and be ready.”

Heading into the contest, the team is excited and optimistic. A win in Oklahoma would be icing on the cake of a season for the ages.

“We’re unbelievably excited and super ready to play,” McColl said. “And hopefully we can surprise some people and go win a regional.”