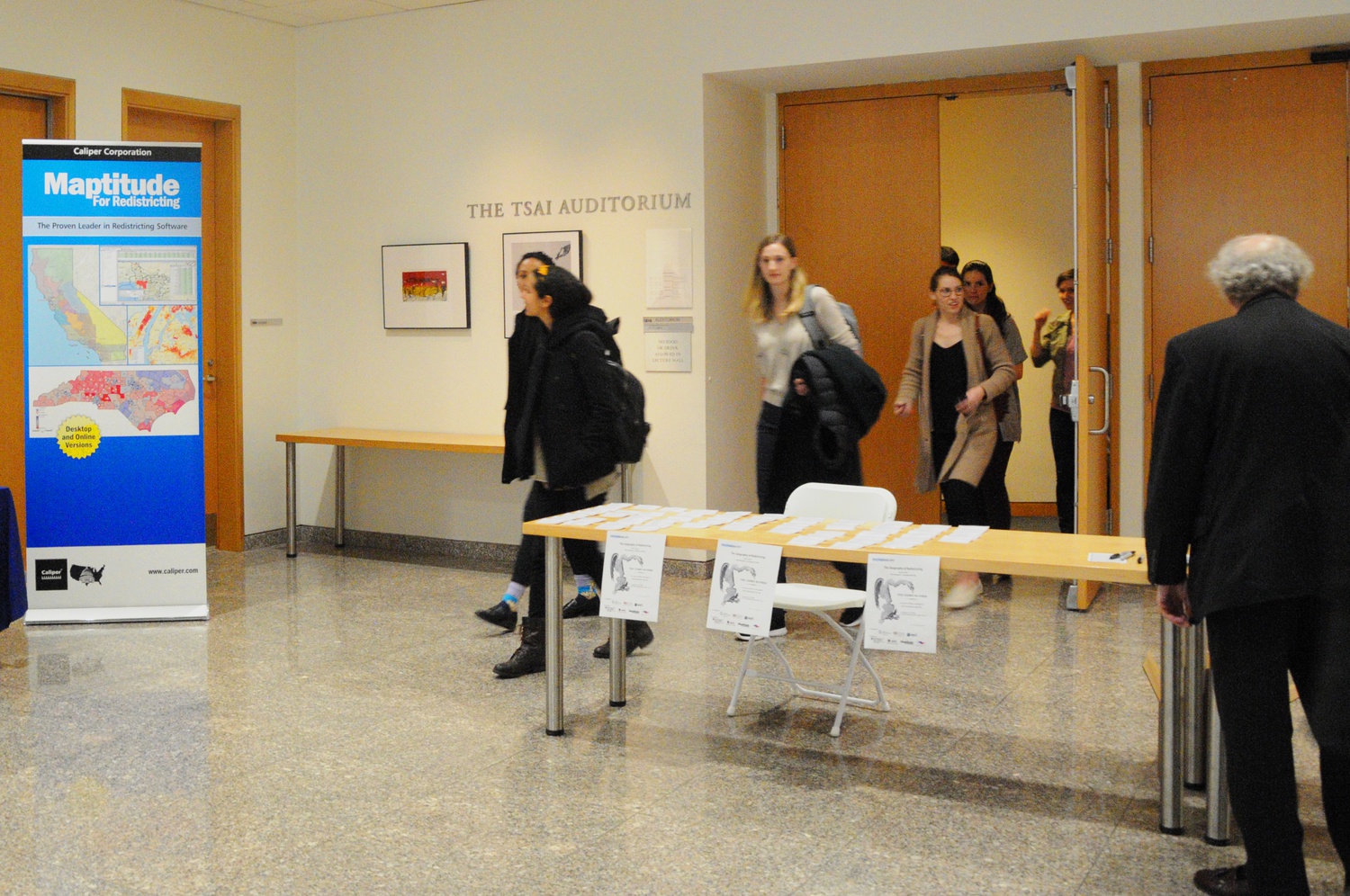 More than 60 Government department affiliates met Thursday to discuss a report released by a departmental committee tasked with analyzing internal climate that recommended a slate of policies to improve sexual harassment reporting and prevention procedures.

That report, released Tuesday, called for the department to “urgently” take steps to “foster trust, open up channels of communication, and create a safer and more inclusive workplace.” It offered 19 major recommendations, including the authorization of two new faculty searches and the creation of a faculty Title IX liaison position within the department. The committee’s recommendations are not final, and the full Government department faculty must vote to approve the proposals.

The department formed the Committee on Climate Change in March 2018 after more than 20 women came forward to accuse Government Professor Emeritus Jorge I. Dominguez of instances of sexual misconduct spanning multiple decades.

Attendees at Thursday's meeting largely supported the committee’s proposed changes to the department, according to Government Professor and Climate Committee Chair Steven R. Levitsky in an interview after the off-the-record town hall.

Nonetheless, many students voiced concerns about items they felt were missing from the report and the “sustainability” of the recommendations, according to Levitsky. Multiple students declined to discuss the concerns they raised at the meeting.

“I think there was a fair amount of support for the initiatives in the final report, but a bunch of pretty valid concerns that it would be taken up seriously, that it would be sufficiently staffed, these reforms would endure over time,” Levitsky said. “And there was a legitimate concern among many students that rules on paper and initiatives on paper don’t change behavior and culture in practice.”

“There’s only so much that a report can change,” he added.

Government graduate student Andrew M. Leber said he asked during the town hall whether the department could encourage faculty members to fill the various roles outlined in the report’s recommendations — such as that of a Title IX liaison — by providing them with certain “professional incentives” such as a reduced teaching load.

Department Chair Jennifer L. Hochschild responded that the department currently struggles to fill teaching positions for all of its classes, she wrote in an email after the town hall.

"We’re extremely reluctant to give more course time off because we are very short on both undergraduate and graduate courses,” she said.

She added she would welcome any other incentives the administration could provide.

Harvard Kennedy School Professor Emeritus Robert D. Putnam said in an interview after the event that he pointed out at the town hall that the department has previously tried to enact similar reforms. When Putnam served as chair of the department in the 1980s, the department faced challenges combating instances of faculty sexual misconduct, but because of poor institutional memory, the changes it made “didn’t stick.”

“For the next four or five years, the events of the last year will be burned into the minds of people,” Putnam said. “But it won’t last for 35 years if reforms don’t pay more attention to sustainability.”