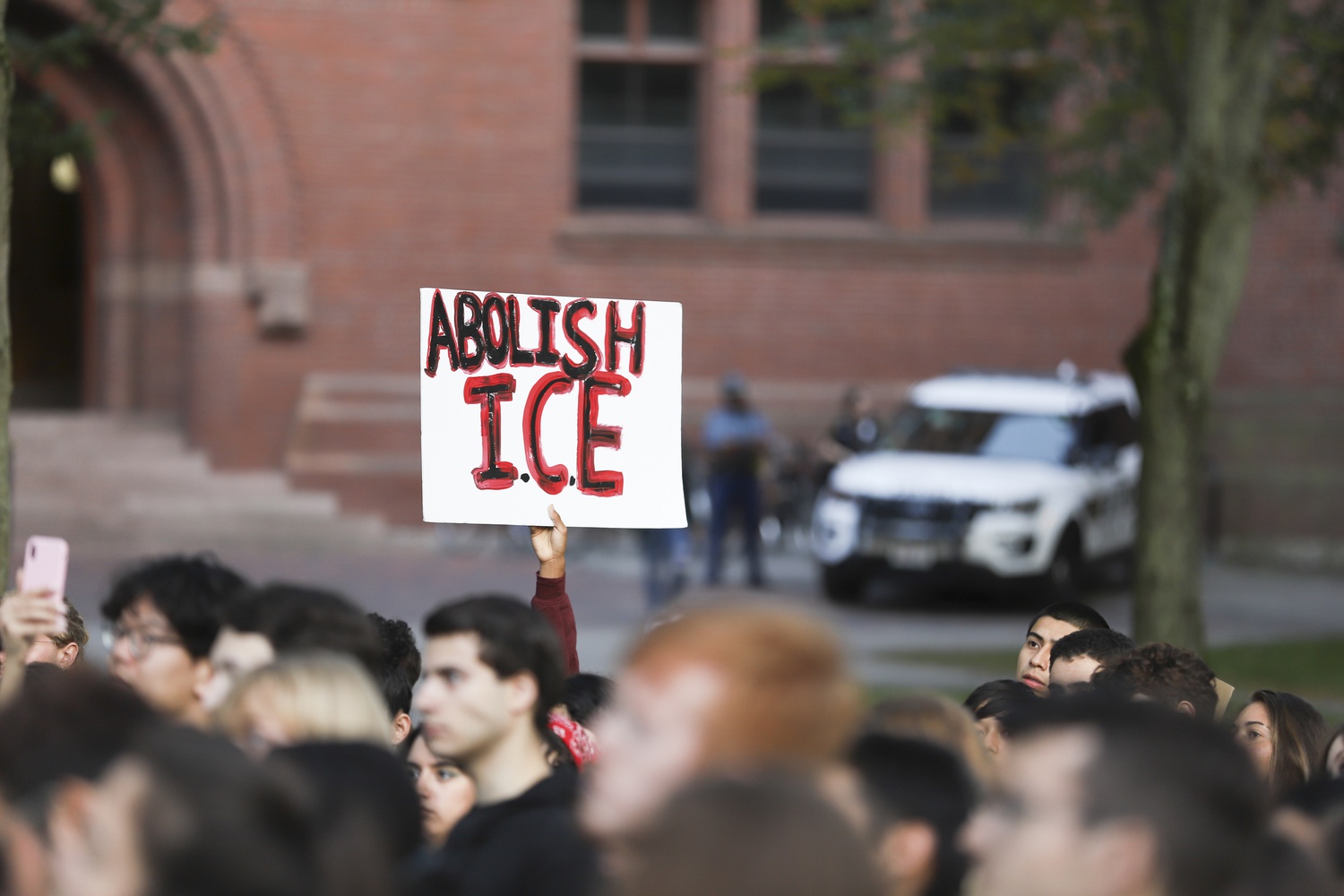 Roughly 100 Harvard affiliates protested in front of Memorial Church on Thursday night, calling for the abolition of the United States Immigration and Customs Enforcement.

Act on a Dream, a student-led immigration advocacy group at the College, hosted the rally immediately before their first general meeting of the semester and a few days after Temporary Protected Status ended for individuals from El Salvador.

“We thought it would be a great crescendo just to start the energy rolling, first of all for a new semester with Act on a Dream, and to start talking about a new issue, but it’s definitely an issue that needs to be put into conversation here at Harvard and connected nationwide,” Act on a Dream Advocacy Co-Chair Mariana L. De Leon Dominguez ’21 said. 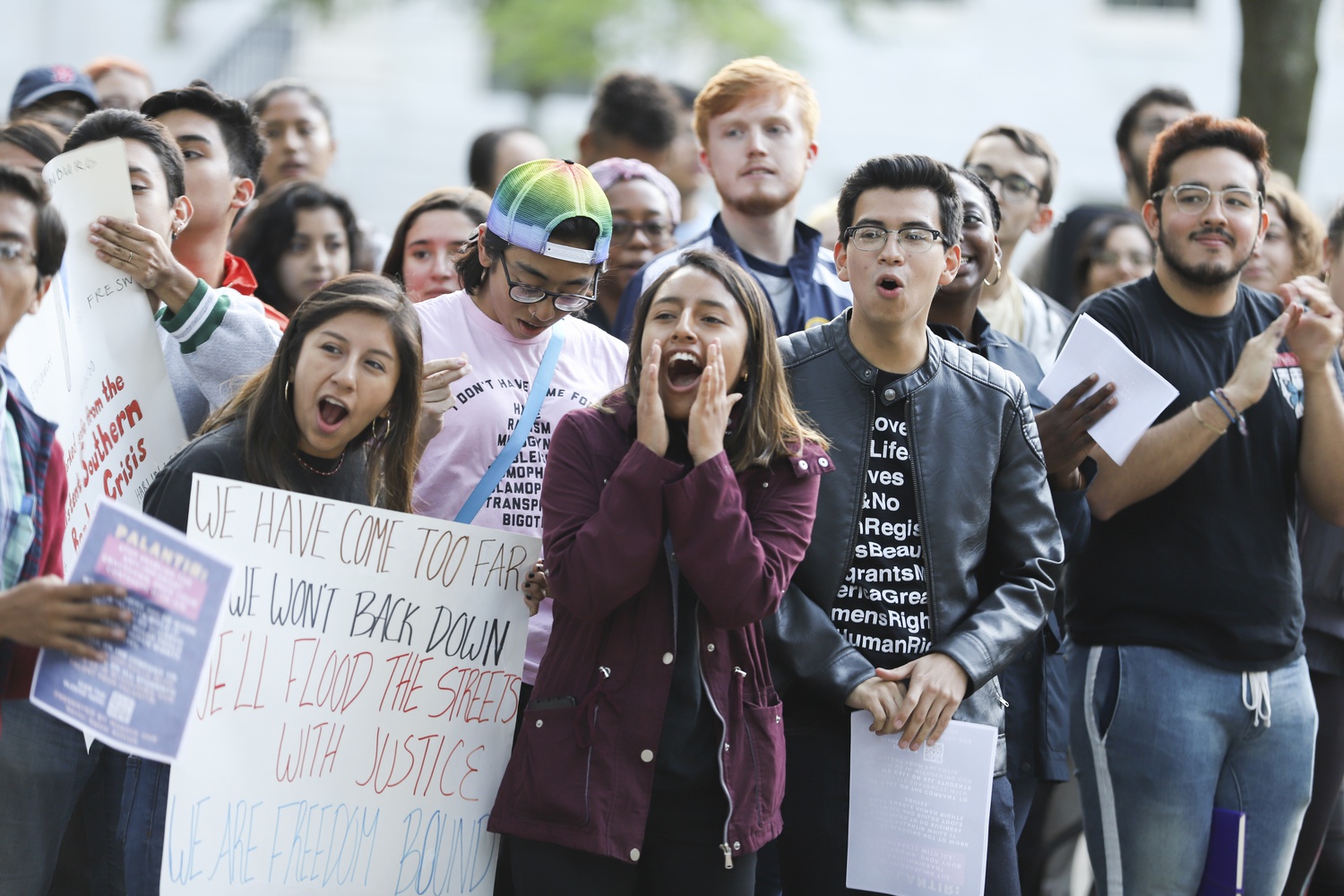 Immigration advocacy group Act on a Dream sponsored a rally Thursday calling for the federal government to abolish Immigration and Customs Enforcement. By Amanda Y. Su

“The main thing we were hoping people would take away was the contextualization of the Abolish ICE movement,” Act on a Dream Co-Director Diego Navarrete ’21, a former Crimson editorial editor, said.

ICE did not immediately respond to a request for comment Thursday night.

During his speech at Thursday’s rally, Christian B. Tabash ’21, co-president of the Harvard College Palestine Solidarity Committee, affirmed that the PSC stands “in unwavering solidarity with Act on a Dream.”

“It is about time that we hold our government accountable towards the suffering of the immigrants domestically here as well as halfway around the globe in Palestine,” Tabash said. 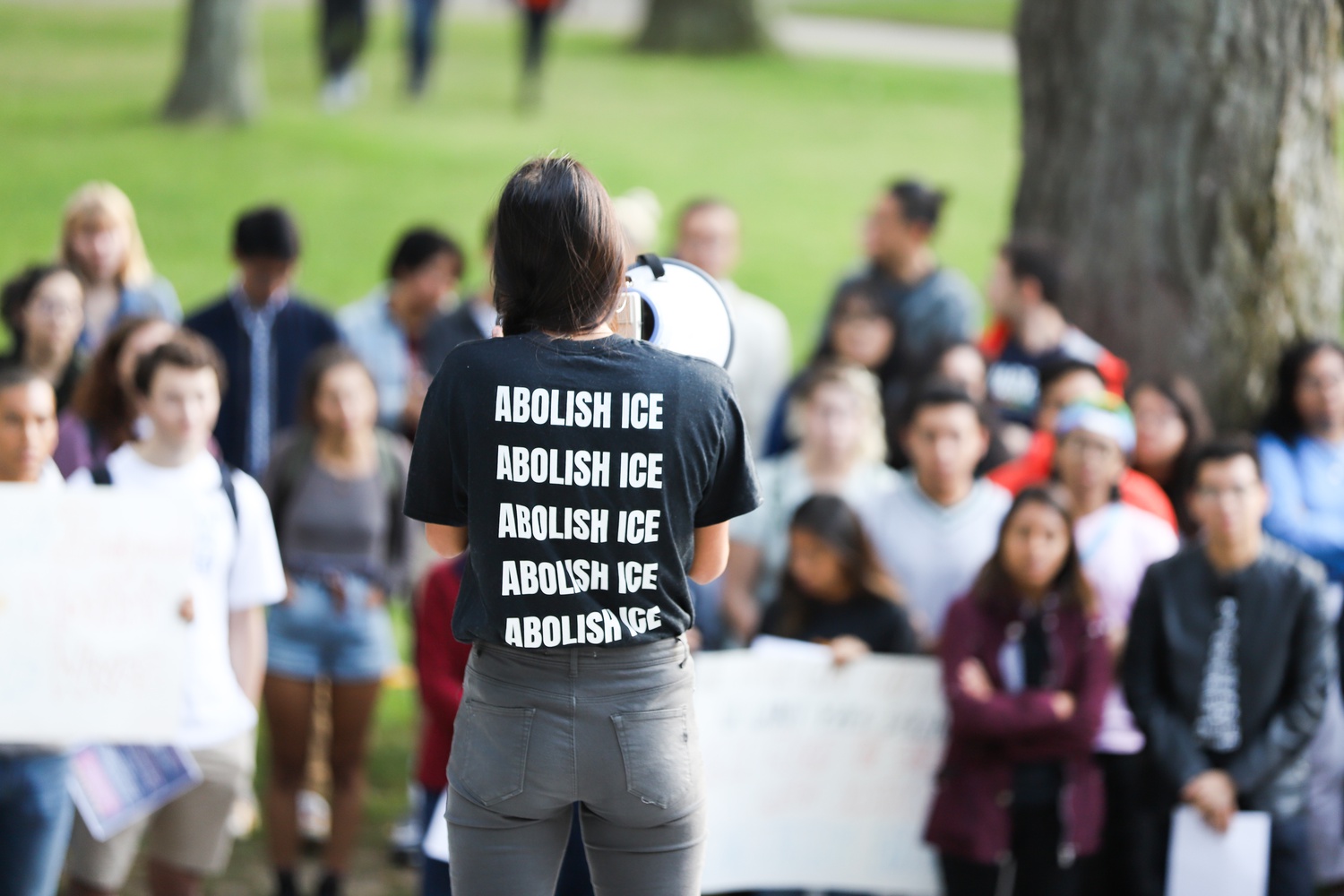 “[Cambridge PD] requested our assistance, and we provided that assistance as we have done in the past at different incidents that represent a public safety concern over the years,” Catalano said.

Liren Ma ’19, who attended the rally, said he was heartened by the protest’s turnout, particularly the large number of freshmen.

“I think I've been a little dismayed by the general inactivity of Harvard students around a lot of things, but I'm hopeful that we're trending upwards with the new class,” he said. 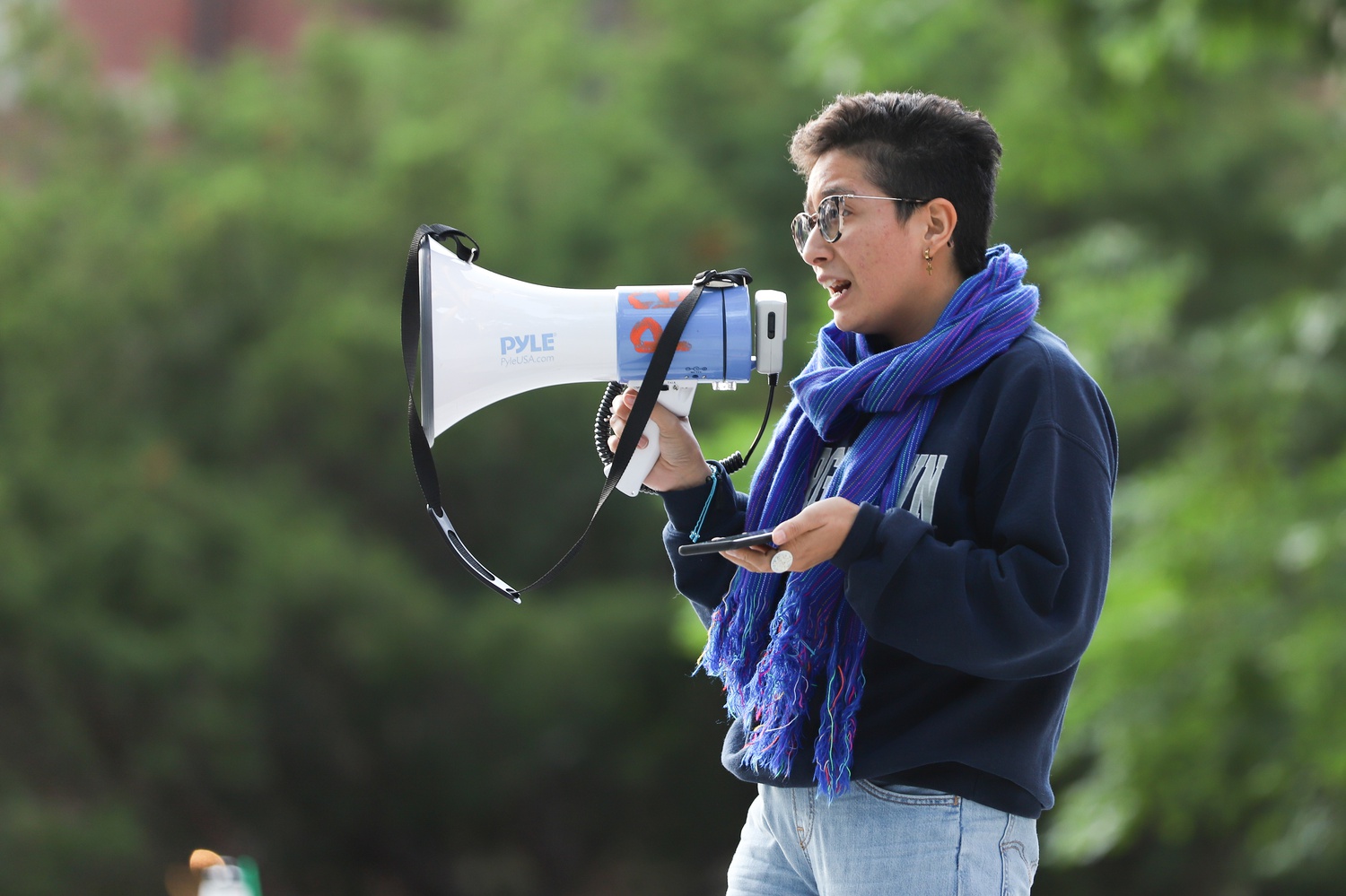 Ph.D. student Xitlalli Alvarez spoke in favor of divesting from private prisons at the rally Thursday. By Amanda Y. Su

Act on a Dream plans to hold a future symposium that will bring together University affiliates and other activists for a conversation about immigration reform. They also intend to organize a letter-writing campaign to people in detention centers.

Act on a Dream Co-Director Emily A. Romero ’21, a Crimson editorial executive, said she hopes to dispute the idea that “a rally leads to a point and doesn’t really go anywhere from there.”

“We felt like this is the beginning of just building more coalition with different organizations to show how intersectional all these movements are and the power that we have in all coming together to advocate for one thing,” Romero said.