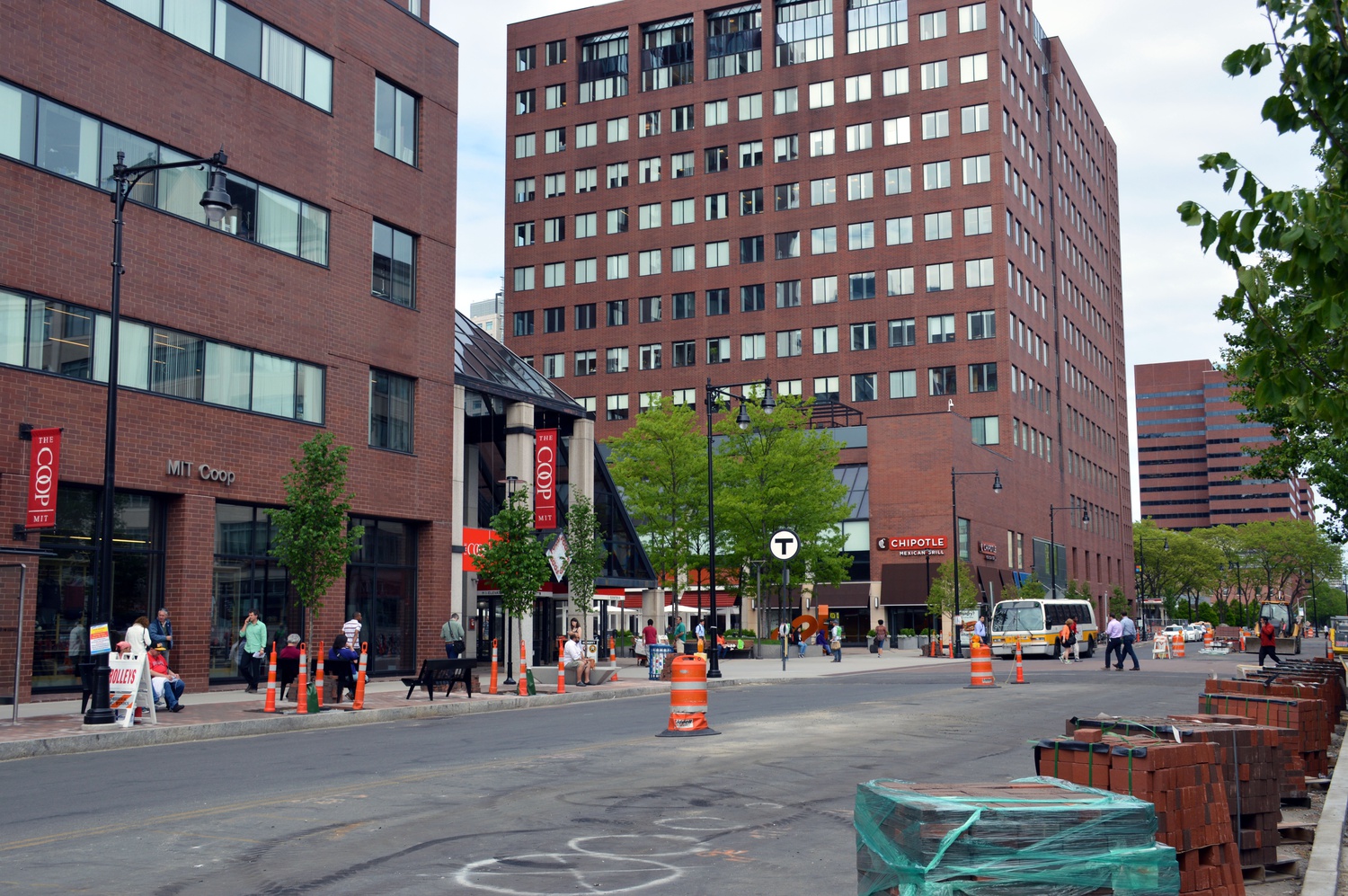 Amazon and similar companies have faced criticism due to their business relationships with federal law enforcement agencies like ICE, which are responsible for implementing the Trump administration’s “zero-tolerance” immigration policy.

Amazon’s public relations office did not immediately respond to a request for comment early Friday morning.

Warnick wrote in an email Thursday night that both Harvard and MIT police provided “mutual aid” due to the volume of protesters.

“The mutual aid was primarily due to the volume of people involved in the protest (approximately 300) and the possibility of extended traffic impacts if the protestors continued further into the city,” Warnick wrote in an email.

HUPD occasionally collaborates with other local police departments to ensure “the most appropriate response” to incidents adjacent to campus, according to its annual security report.

Warnick added that officers attempted to escort the protesters from Amazon’s premises without making arrests.

“This followed multiple attempts to peacefully escort the protestors outside the Amazon building without having to proceed with making arrests,” Warnick wrote.

Harvard affiliates were involved in the protest, but it is unclear if any were among those arrested because CPD has yet to release their names and ages. Warnick added that the agency will do so after they book arrested protesters.

The protestors marched from the New England Holocaust Memorial in Boston to the Kendall Square office, where they crowded in the lobby bearing signs with slogans like “#NoTechForICE.”

“The reason that we are targeting Amazon in particular is that their software and their capabilities are being pulled to ICE to make it operate quicker and more effectively, in deporting and detaining immigrants and asylum seekers,” Nodelman said.