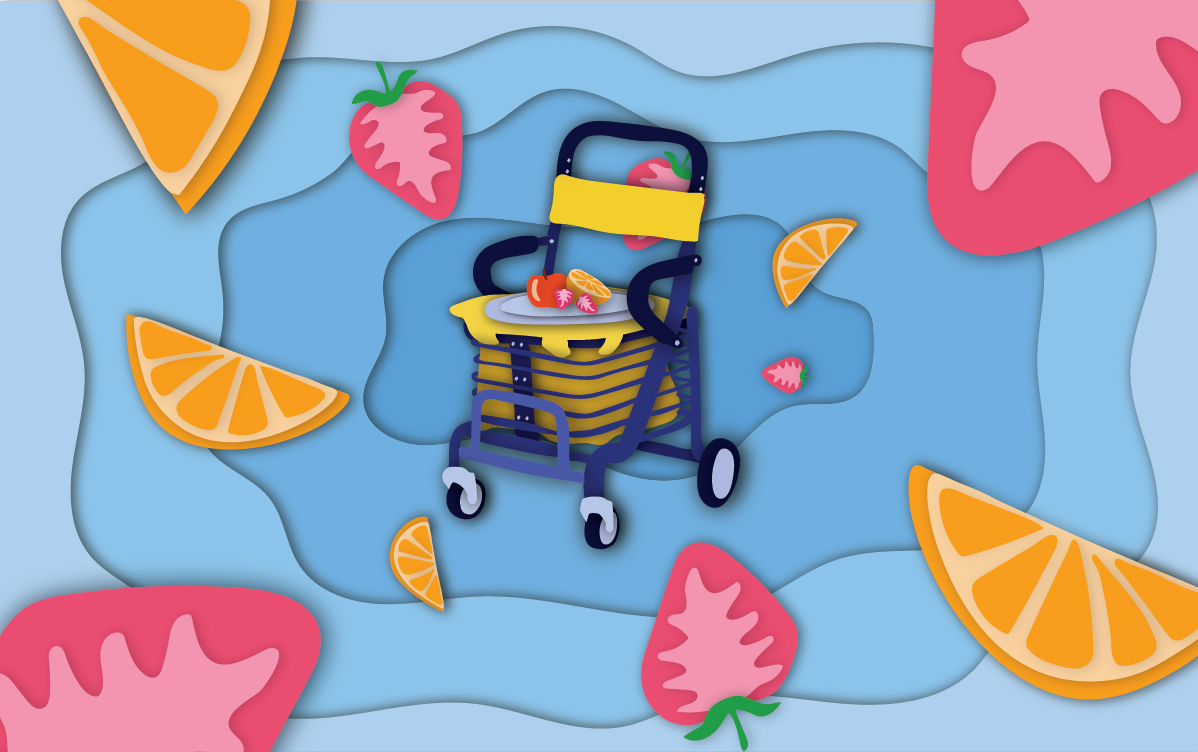 As I sunk my teeth into the slice of watermelon, my tongue recoiled. Even the sweltering summer heat couldn’t persuade me to enjoy my favorite fruit.
Advertisement
Advertisement

Being educated meant one was versed in respect and social order. My voice was culturally unacceptable.
By Ejin K. Jeong

As I sunk my teeth into the slice of watermelon, my tongue recoiled. Even the sweltering summer heat couldn’t persuade me to enjoy my favorite fruit.

Just a week ago I had polished off the tubs of watermelon cubes my mother had cut up just the way I liked. It didn’t take long for me to finish an entire melon, shoving sweet, cool forkfuls of fruit in my mouth to sate my hunger and the weight of Seoul’s heat wave. My paternal grandmother had immediately taken note of my eating habits; soon enough, a pounding knock would shake my bedroom door each morning. I would open it to a plate of watermelon slices, the rind still attached, balanced on her walker. I would awkwardly smile, bow my head, say thank you, and then take the plate.

A random assortment of gifts followed: red-bean Hawaiian cookies she didn’t like, a pin, makeup someone had gifted her, castella cake, kiwis, peaches. The envelopes stuffed with cash, however, were the most burdensome. I would initially refuse, only to eventually accept them with both hands and shove them in the back of a drawer after my mother would nudge me, signaling that I was being rude. Each time I came to Korea, my grandmother would bid higher in an attempt to own my affections. She always lost, but only because they were never up for auction in the first place. Each time she tried, I felt like I had robbed someone, taking her money and failing to repay her with obsequiousness. My stubborn morals prevented me from becoming particularly skilled in the art of sucking-up. No matter how much my grandmother offered me, nothing could make up for for the way I saw her treat my mother. Nothing could auction my love.

I remember when the trailer for “The Farewell” first came out. Tears rolled down my cheeks as climactic indie music aggressively strummed to a series of images: a young Chinese-American woman mourning the cancer diagnosis of her grandmother, a Chinese family laughing at a dinner table, Awkwafina hugging her sweet, smiley grandmother. Finally,the music decrescendos as they happily practice tai chi together in the street. The illustration of such a cherished grandmotherly relationship only reminded me of what I was missing out on, of the love that seemingly everyone else got to experience.

Guilt would pulse in the back of my mind whenever someone would talk about how much they loved their grandmother. Every wad of cash I received, every plate of fruit offered, I felt myself being suffocated by this guilt that clogged the air I inhaled. Am I a horrible person for hating my grandmother? Should I feel ashamed of myself? She’s just a lonely old woman, I need to try harder. Such internal agonizing was compounded by my Korean peers in high school, who called me “disrespectful” and “a brat” whenever I criticized my grandmother. So every holiday when I went back to Korea, I tried. But even when I tried asking her about her past or striking up a personal conversation, my efforts were met with either apathy or a lecture.

As a Korean woman, taking care of her mother-in-law is a cultural duty my mother must fulfill. It’s her duty to cook for her, to drive her to the hospital, to wipe her ass if there’s an accident, to stand in silence as she endures the abuse. The same holds true for my mother’s friends, my aunt, my aunt’s friends, the woman next door, the woman next door’s friends. The suffering of a Korean daughter-in-law is, as my mother has said, “a universal struggle.” Upon the backs of the Korean woman rests the responsibility to care for every family member, even those she shares no blood relation to. The responsibility to stay silent and obedient, to make every and all sacrifices.

When it comes to elders, to defend yourself is disrespectful, to speak out is an atrocity, and to fight back is shameful. Respecting one’s elders is important. But when this indestructible ideology starts to restrict and define one’s life, humans are no longer humans. The expectation of such familial relationships causes my mother’s respect for my grandmother to manifest as servility, and my grandmother’s gratitude gives way to entitlement.

To my grandmother, my mother is an evil outsider. The villain that swept in and stole her son away. But to me, my mother is my mother. And after more than ten years of warily watching my mother and grandmother’s relationship from the sidelines, two years ago, I chose to break tradition, ignore culture, and speak up. I sat her down, and pleaded for her to treat my mother better, to stop hurting her so that she could stop hurting the both of us. Once, as I was leaving Korea, I left my grandmother with one final request: “Please don’t bother my mom.”

After that first breakthrough, I felt prepared to enter the battle at any time. It was not a battle between me and my grandmother, but a battle between me and culture. Older or not, mother-in-law or not, it was the battle about the notion that everyone deserves to be treated like a human being with respect. This past summer I quite literally begged my grandmother to be kind to my mother in the middle of another round of accusations.

Between the critiques of my mother, she leveled an accusation at me: “Just because you go to a good college doesn’t mean you know how to act.”

Maybe she was right. Maybe I was being an entitled brat for speaking back to an elder. Maybe my liberal arts education has given me a sense of superiority. But that’s not how I saw it. For years, my aunts were taught to be obedient, respectful wives. Between pottery, painting, and singing classes at the women’s university they attended was a hidden curriculum that emphasized docility, gentleness, subservience. Being educated meant one was versed in respect and social order. My voice was culturally unacceptable. I believe, however, the whole point of getting an education is to expand your thinking into one that enables gaining your own conscience and independence. It gives you the ability to fight for what is right despite convention.

Maybe it’s because I’m not Korean enough, or the American soil has poisoned me. But battling between culture and emotion, I’ve never once felt ashamed for having stood up for my mother.

— Staff writer Ejin K. Jeong can be reached at ejin.jeong@thecrimson.com.